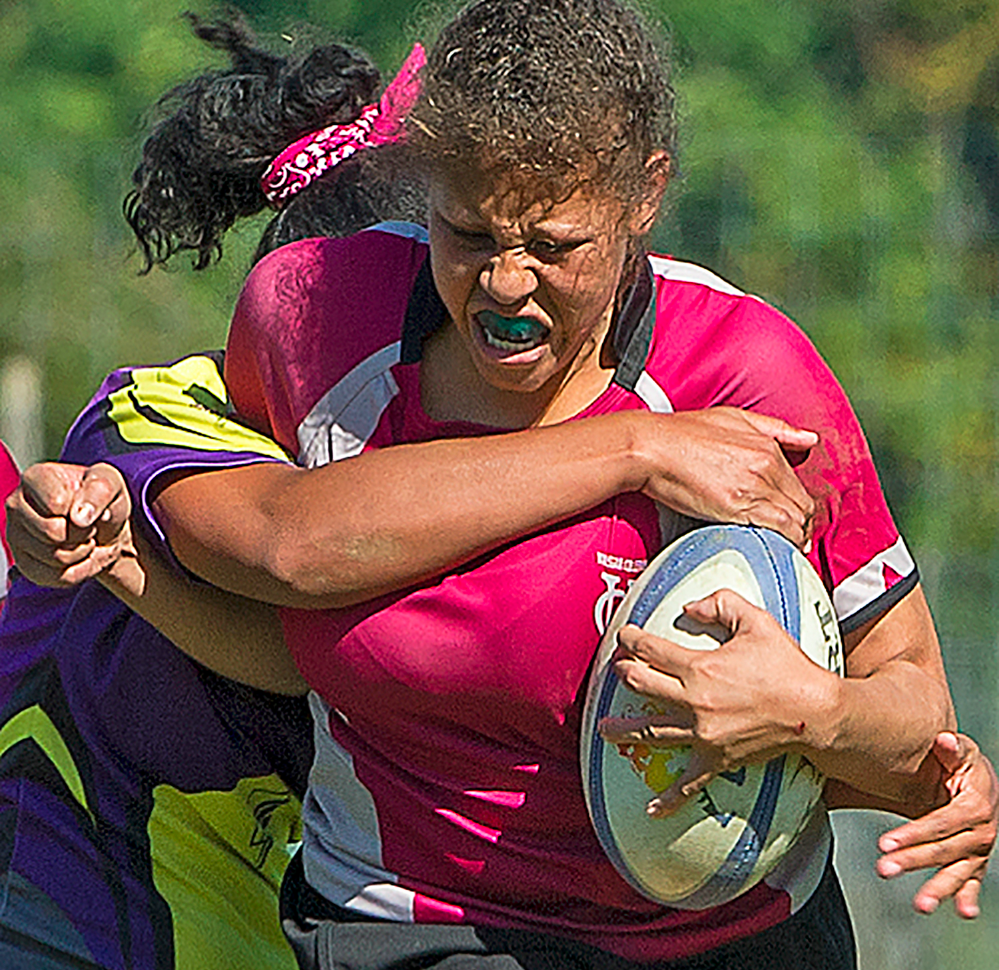 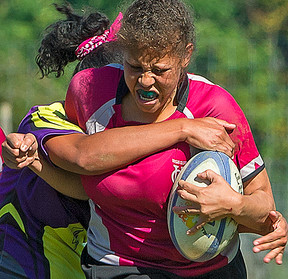 In the short spring season there is the opportunity to field players who have the potential to be starters next fall but in order to do that the seniors have to take a back seat. So it was that Vassar’s co-captains Darienne Jones, Cierra Thomas, and Taylor Nunley together with Molly Osborn and Anne Fritzson did not play. In addition usual starters Nathalie Freeman and Laila Blumenthal-Rothchild did not take the field. The day started out with grey skies and steady rain but gradually the sun came out and by the end of this match the seniors watching were well pleased with the weather and the game result.

When the rookies in their second semester are seen to run with purpose and direction it is much like watching a scene that has been rehearsed multiple times finally come to life with the actors putting their own stamp on their role. Oshana Reich, Marron McConnell, Kaitlin Prado, and Miranda Scarlata can all take a bow for they deserve Oscar nominations.

Scrumhalf Jyen Wong scored 2 tries on the day but just as impressive was that she is starting to see the field and weigh up defenses. Vassar immediately got into their basic pattern and after some good continuity Wong just burst through for a well taken try.

In the opening 15 minutes Vassar dominated possession and ball placement was good allowing for quick ball. The Brewers lost prop forward Mariah Ghant when she made a good run but was hauled down from behind with an awkward tackle. But the forwards knew even at this early stage that they could win enough ball to secure a win.

With Ghant gone Lauren Workman and Amanada Saich led the forwards with exemplary running making the hard yards. Fordham tackled well but wave after wave of Vassar runners receiving quick ball meant that the defensive line speed was not a factor so territory was gained each time by the home side.

The little ball that Fordham did get in the first half was inside their own 22 and the Vassar defenders swarmed all over them pinning them back.

Mary Margaret McElduff looks ever more comfortable in the playmaker role and despite being without her two fall starting centers she set-up Kayla Lightner, aka mini-Cierra, and Abigail Alexander to good effect. Lightner is a gamer. She tackles well and runs hard thus focusing the defense. It allowed Rachel Elson to run in a good second team try and Vassar led 12-0.

The forwards then got back into the act and Sarah Mawhinney and Lizzie Bennett scored from close range as Vassar would not allow the Fordham women any room to breath.

It was good to see both wings have some strong runs. Right wing Rachel Jones may not have scored but she got both around and in behind the defense and also made a try saving tackle in the second half. On the left wing Alicia Menard-Livingston showed a clean pair of heels to the Fordham defense twice and her second try took the score to 46-5.

The second half  was a much better display by the visitors as they committed more players to the rucks and enjoyed some sustained periods of possession. They scored a try following some silly Vassar penalties but it was well deserved for all their efforts.

The Brewers will face a very different challenge next weekend as they travel to Storrs, CT to take on the Fall Division I Champions, UConn. The seniors will return to the fray and they will need to be on their game mentally and physically.