Women to Watch This Weekend

Even though leagues seasons are now over, all aspects of girls and women’s rugby are active this weekend. The 7s Eagles are in France, the Collegiate All-Americans are checking out talent in the Midwest, high school all-stars head to Denver, and the senior clubs see a handful of regional qualifiers take place. 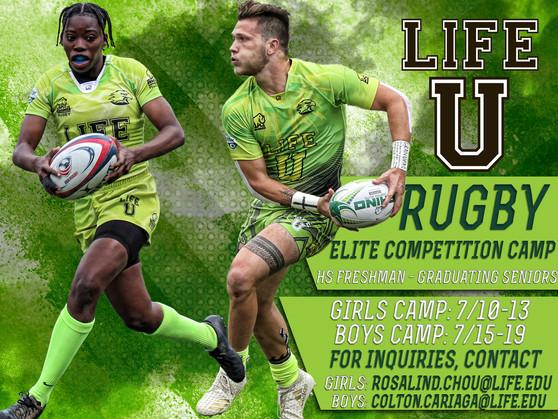 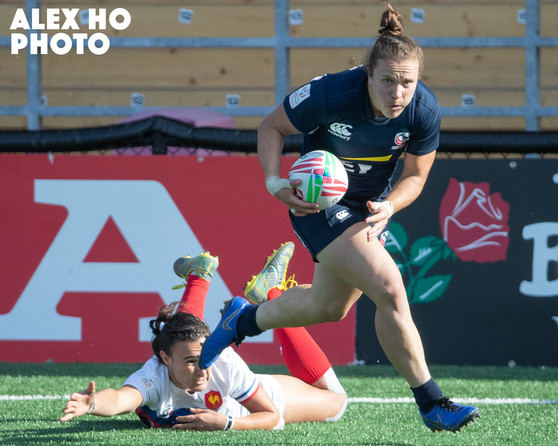 The final stop (Biarritz, France) of the HSBC Women’s Sevens Series will see the USA secure its spot in the 2020 Olympics. As soon as the Eagles take the pitch against China in the first pool play game, the team will have earned the single standings point needed for a top-four finish on the series. Watch the games live via World Rugby’s Facebook. 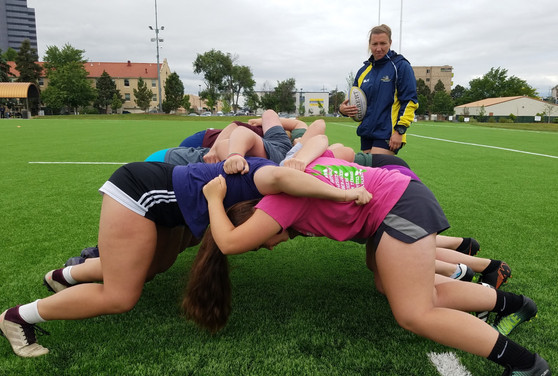 The first of five Regional Cup Tournaments (RCTs) occurs this weekend – the Rocky Mountain Challenge in Denver, Colo. The RCTs are at the core of USA Rugby’s talent identification system, and there are middle school, Tier 1 and Tier 2 options for the girls in Colorado. USA Rugby scot Josie Ziluca detailed what she’s looking for in an athlete, while Jamie Burke talked about the 15s game in Colorado, and Heather Szabo explained the creation of Superior’s middle school team to retain players.

There are actually only four RCTs for the girls as only one team signed up in the South.

“The West Opportunity Day was a great success. We are hoping for even greater numbers at the remaining three in the Midwest, Northeast and South,” Dowty enthused. 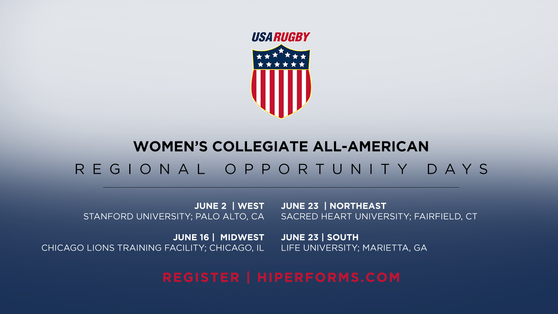 “The Regional Opportunity Days are designed to keep the Eagle pathway accessible, identify new and emerging talent, and encourage more young women to strive to represent the USA,” Dowty continued. “We want collegiate players to know that dream is well within reach, if they know what extra effort to put in and take opportunities like these! At each camp we hope to impart what it takes to become an Eagle and inspire these athletes to keep working toward that goal.”

The athletes who received invitations to an Opportunity Day were first nominated by a coach, scouted at a championship or other tournament, or selected from All-American or All-Academic lists.

The Rocky Mountain Challenge added a Frontier qualifier that features four teams from the Rocky Mountain and Mid-America GUs. The Todd Miller 7s in Florida is the first of two South qualifiers, the second of which occurs on July 20 in Raleigh. The Midwest kicks off its three-stop series with the Forest City 7s in Loves Park, Ill., before culminating with a July 20 championship as well.