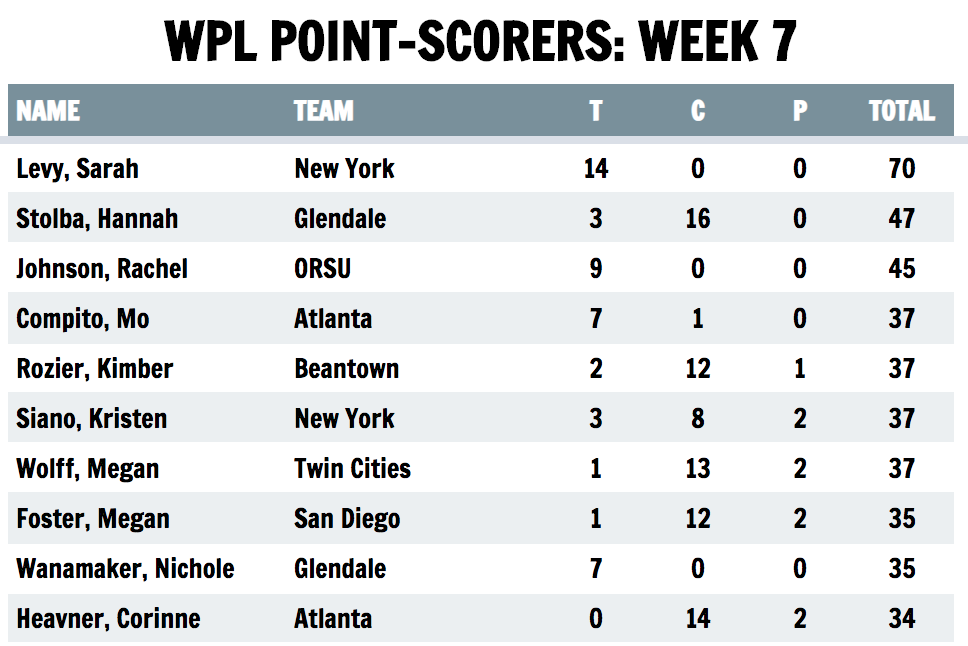 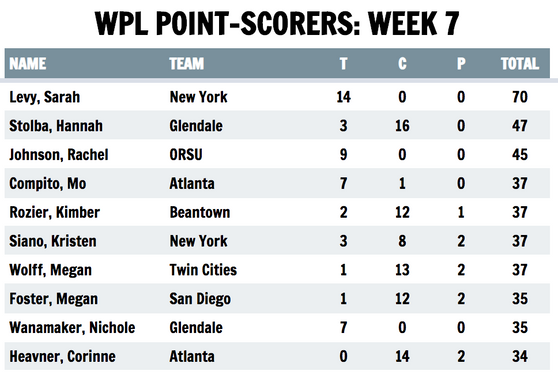 There are now 133 players who have scored during the Women’s Premier League season, and there are three more weeks of play to go before the national championship. Click the image above to see the full list of scorers. 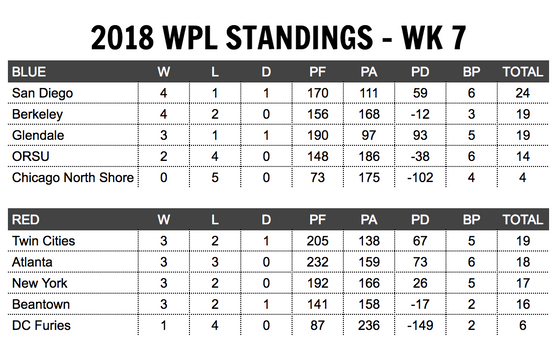 10.2 UPDATE: TRB’s standings were updated after a clarification in tiebreakers. When teams are tied on standings points, point differential is NOT the first tiebreaker. Thus, TRB’s erroneous assumption that PD sorts ties had Glendale in the second spot above Berkeley, but the tiebreaker sequence is: