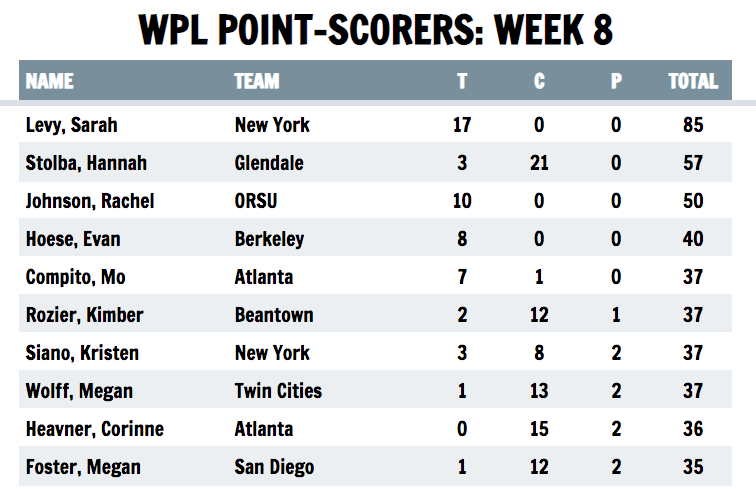 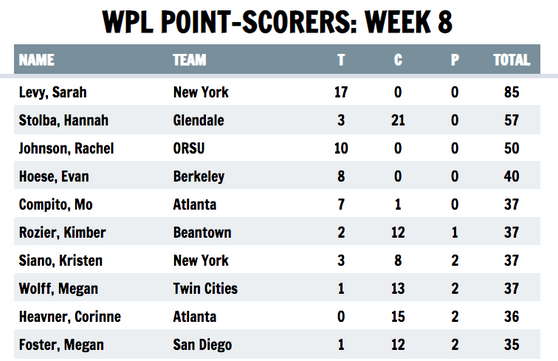 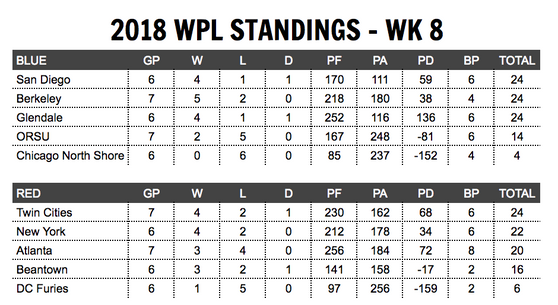 When teams are tied in standings points, the first tie-breaker is win-loss record in the head-to-head games and then best point differential. In week 7, Berkeley and Glendale had 19 points, and the WPL standings listed the All Blues ahead of the Merlins (although Glendale won its game against Berkeley 46-21) so we kept that order intact (but are otherwise confused). San Diego and Berkeley split their games but the Surfers have the better point differential and thus listed first. For reference, the full list of tie-breakers in the standings: