“I hate to say I’ve been spearheading the effort this year because it’s been a really long time coming,” All-Army coach Kaitlyn Kelly referenced long-time proponents like Lisa Rosen (Air Force) and Koma Gandy Fischbein (Navy). “We’ve seen how successful the men’s championship has been and the response all over social media, and it’s something we really wanted.”

The 2019 Las Vegas Invitational was the last target for a women’s championship, but logistics, timing and inconsistent funding across the five branches stymied its realization. The event did, however, see people like Kelly, Rosen and Scion’s Joanne Liu, among others, get together to discuss the next option.

“I immediately thought of Cape Fear,” said Kelly, who was stationed at Fort Bragg after college. “It’s one of the best tournaments in terms of number of elite teams that come play. It’s super close to a Navy base and an Army base, and very much rooted in Armed Forces rugby. So that was my one main contribution … suggesting that we do it at Cape Fear. And Cape Fear’s been all about it and very generous in letting us start a day early because of the amount of pool play games we’re playing.”

Teams will contest the first of their round robin matches on Friday, July 5 and finish up Saturday. Then the top-two teams will be integrated into the Cape Fear 7s Elite Club knockouts, while the bottom-three teams migrate to the Open Club knockouts.

“A lot of individuals were recommended to me, but I’d like to see more [interest]. That just comes with time, like any good thing, and spreading the word,” Kelly said of assembling the All-Army team. “What was really cool was I had a lot of Navy and Marine girls come to me and I’d push them to the right people. Same for Emily Record from Air Force, who would push Army people to me. … It’s about growing the game and not who’s going to win or take home the championship – even though we all want to do that. It’s about building momentum in this community.”

Kasey McCravey is returning to the squad and will serve as co-captain alongside Armed Forces 7s veteran Erica Meyers.

“Kasey is coming off that [USA 7s] win in France. She got in some good minutes,” Kelly enthused. “She’s been in WCAP for about two years. She brings so much experience to the team – all that rugby knowledge from playing internationally, learning from [USA 7s head coach] Chris Brown, who just got national team coach of the year, and working with those the players at the [Chula Vista Elite Athlete Training Center]. She’s also our highest-ranking Army officer, a captain. She’s grown so much since last year and is integral to our system and team in general.”

Meyers is the veteran in that she’s been on every Armed Forces team since it’s been established, according to Kelly.

“Every coach wants someone like Meyers on their team,” Kelly said. “A great athlete who loves the team, loves rugby and everything it stands for. We’re able to build a team around those two individuals and their mindset.” 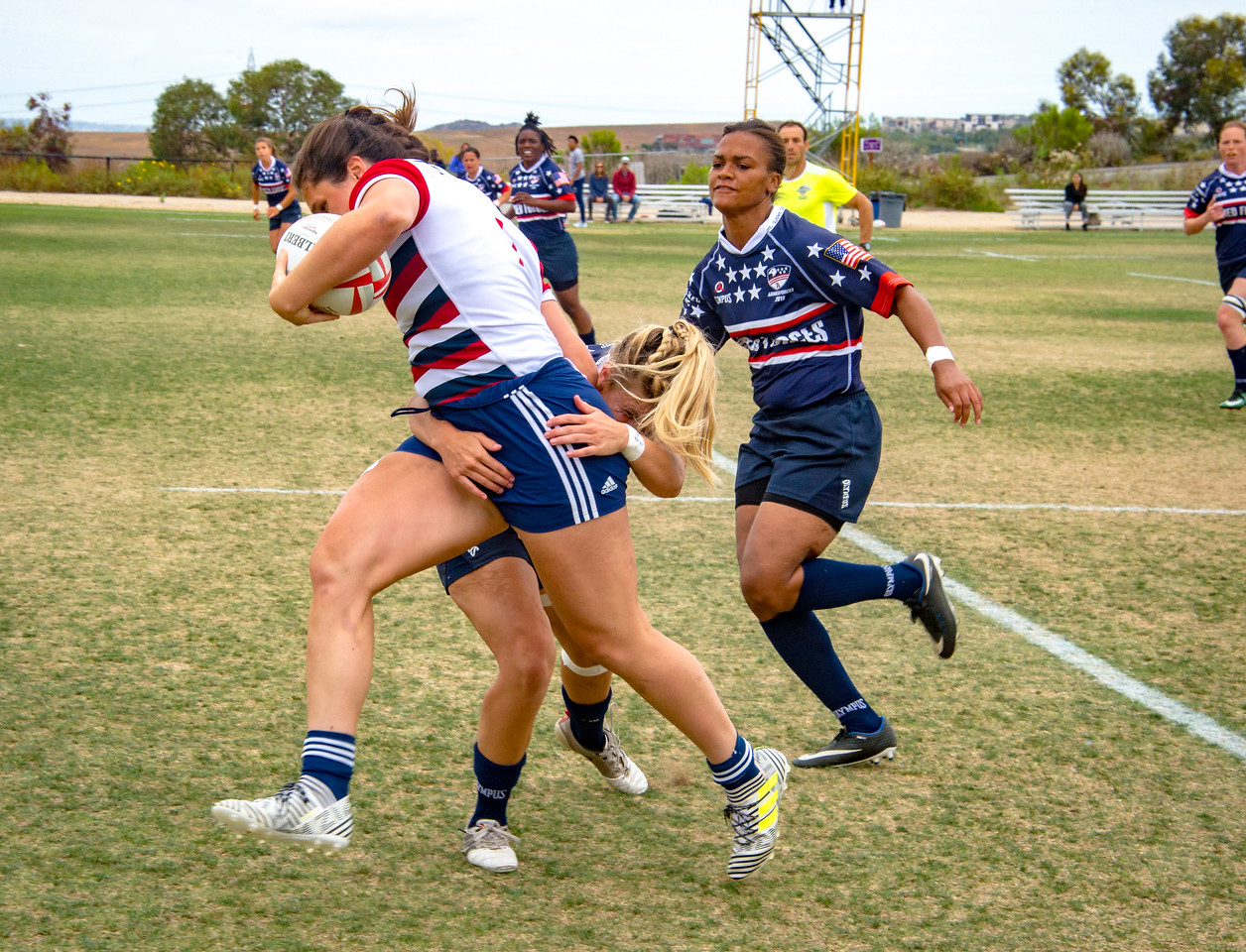 Look for returners like Kayla Williams and Lauran Glover to also be influential and up the athleticism to the pitch. Newer players like Lolita Galdones (Southern Pines), who has international experience with the USA South Panthers and RAN events, will challenge the team’s work rate. And Courtney Sullivan brings a wealth of experience that begins at Orchard Park, N.Y., alongside Eagle Emily Henrich, and wends through Norwich University and then Quinnipiac University with USA 7s Eagle Ilona Maher.

“It’s cool to see all of these different backgrounds come together. There are a lot of connections and it’s because the community is so small,” Kelly said. “Everyone is so coachable and ready to buy in.”

The players also connected through a shared history, and it’s something that the military programs never forget.

“We’re continuing on something that the Armed Forces has been building on, ‘For those who can’t,’ with this year’s jersey. Each jersey has the name of an Army servicewoman who was killed in action,” Kelly explained. “Some of the individuals I knew personally or they were friends of my rugby teammates. At the end of the day it really is Armed Forces and not just about rugby. It’s about sisterhood across each service and knowing that we play because we can and for those before us.”

The championship will also serve as a selection venue for the National Development Invitational Tournament (NDIT), the renamed all-star 7s tournament that USA Rugby uses as a talent I.D. venue. The event will be held at the American Rugby Pro Training Center in Little Rock, Ark., on Aug. 17-18, the weekend after club 7s nationals.

“We’re a part of something that literally is going to be life-changing in the rugby community, helping spread women’s rugby at another level,” Kelly said. “If you join the Army, your dreams won’t be depleted. You can continue on and be in WCAP and go to France and win gold and beat New Zealand. It’s so cool.”