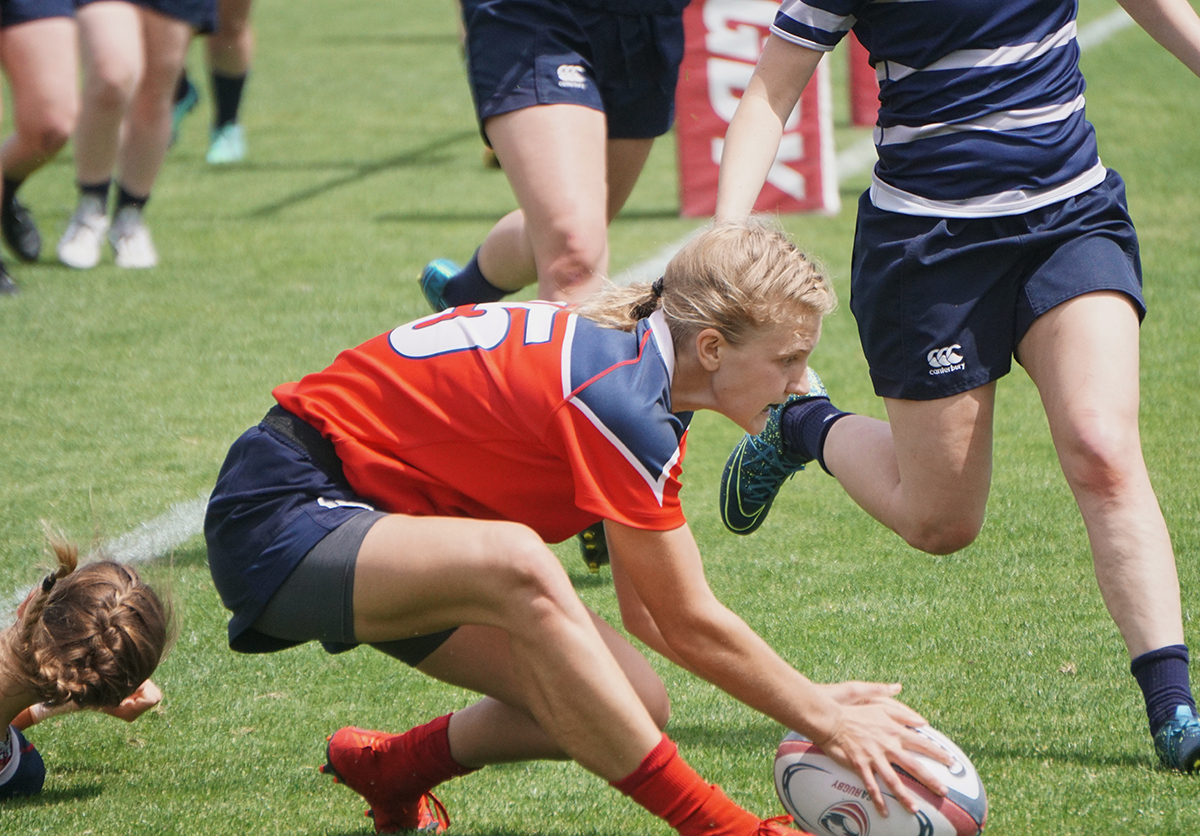 A goal for any team is to improve on its previous performance, but for Claremont College, which advanced to the USA Rugby DII College Spring Championship last year, that would mean a trophy in 2019. The Foxes aren’t that confident just yet, but after another undefeated Pacific Desert season, the playoffs can now be considered.

Claremont graduated 11 players last year, and it was a special group according to Director of Women’s Rugby Evan Woller indicated.

“I joked with them that they joined a team that had won one game over two years, and then their last game [the spring championship final] was on a field with a jumbotron,” Woller reflected on their influence.

“The most important question we had to answer heading into this season was finding a replacement for Joey Yamada. That’s not going to happen overnight,” Woller praised the standout flyhalf, four-year starter and leader. “We took our fullback, [junior] Ali Parker, and moved her to flyhalf and she’s been doing a great job.”

Parker’s back-up, sophomore Anastasia Lavongtheung, has also been doing very well, and they’re charged with initiating that fast-moving, wide-open attack. Parker is currently leading the team in points and tries scored, so the move from the back three hasn’t affected her ability to find the try zone.

Players like Lindsay Mooradian and Kendal Kipper have stepped up and developed into good finishers, as well. The back line did lose powerhouse Dana Alimena, who suffered an ACL injury last summer with ARTPC, up until last weekend. The Doylestown (Pa.) grad was added to the reserves against UC Riverside and will reintroduce some key experience. 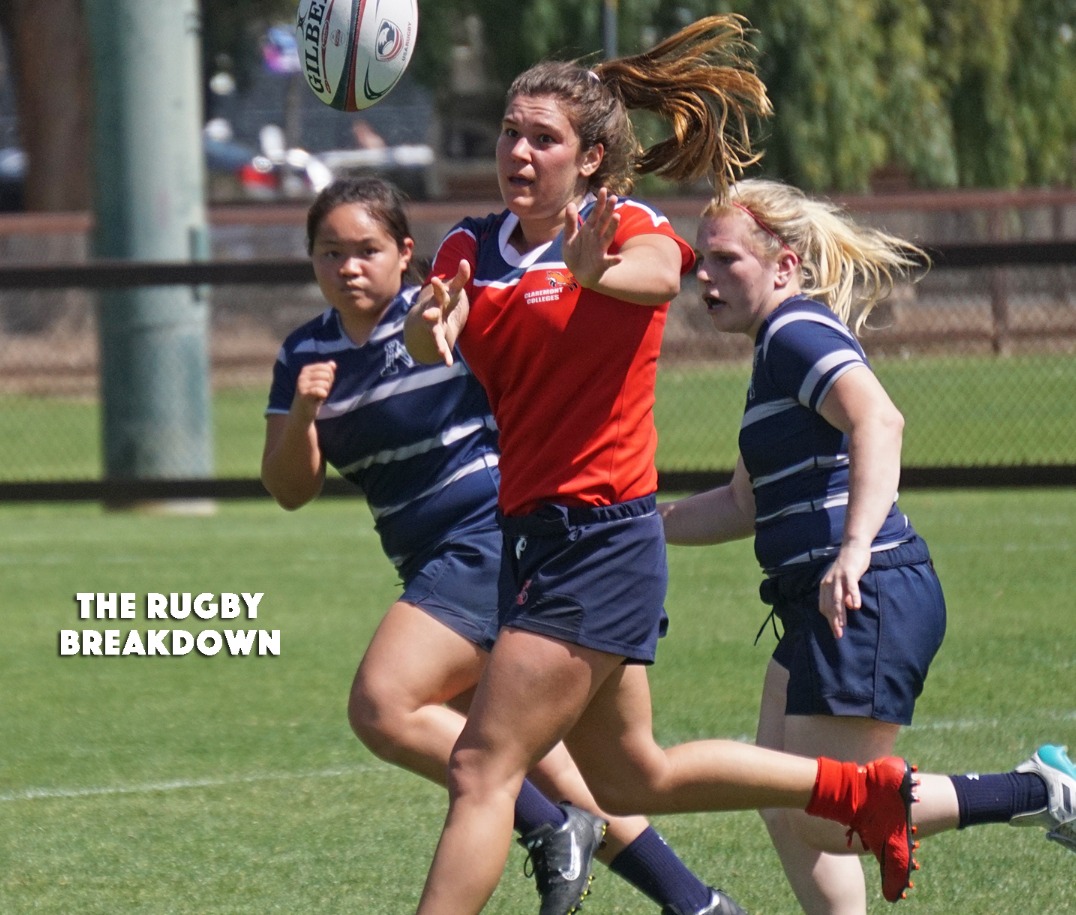 Alimena is back / Photo: Jackie Finlan

“The forwards have increased in size a little – not to the level of Tulane – but we have 2-3 rookies who have come out of nowhere and do a great job,” Woller turned attention to the pack.

Twins Margaret and Vivienne Krause, as well as prop Sage Fletcher are among the newcomers who are catching on quickly. They’re also lucky as scrumhalf Rachel Sun and prop Marisa de Souza, both seniors, have returned. They’re engineering students at Harvey Mudd, which offers only one window to travel abroad – spring semester of junior year. So these two influential players missed last year’s playoff run and are eager to push their final season.

All of these elements came together during a significantly rainy and cold winter in SoCal. Woller explained that all the fields in SoCal are of the same grass, and if you play on them when they’re wet, you can ruin them for months.

“Fields will shut down on Thursday if the forecast is for 20% rain for Saturday,” Woller described the level of protection.

Fortunately Claremont was able to use a turf pitch and avoid that dampening cycle of late cancellations and schedule reshuffling. Instead, the Foxes outscored opponents 268-63 during league play.

“There were no easy games despite the scorelines,” Woller said. “MiraCosta got better, Occidental and Long Beach improved. There’s no bigger divide [compared to last year] – in fact, I wouldn’t say there’s a divide at all.”

Since USC dropped out of the league, a sixth and final game for the four DII-eligible teams looking at playoffs was required. Last weekend, top-ranked Claremont played winless UC Riverside to a 49-5 win, and second-place Long Beach State topped 76-7. Although it hasn’t been officially confirmed, the conference is planning on two seeds to spring regionals. UC Irvine will be one of the spring regional playoff sites (April 19-21).

“We had a great run last year, advancing to the [spring] final four and losing to Tulane in the championship. We have no regrets about it and think we played a good game,” Wooler said.

“I think we do [have potential to do well again],” the coach continued. “There are some great teams out there – Fresno State, Salisbury, Nevada, Tulane. Overall, the goal is to be better than last year.”

Claremont will also be pursuing a berth to the USA Rugby DII College 7s National Championship, which is now being held a week later and thus three weeks after the DII 15s spring final. FloRugby will be live-streaming the entire USA Rugby Spring College Championships on May 3-4.