The Midwest High School Thunderbirds wrapped up the competitive portion of its Ireland tour, playing Connacht U18s at the Galwegians RFC’s home pitch. The home side triumphed with a 34-29 victory in injury time, and the Baby Birds finish 0-2 after a 19-13 loss to Ulster U18s last weekend.

“We had to adjust to the ref and how they called the breakdown with a rolling set that was being done by Connacht,” Fisher reported from Ireland. “The pack buckled down and accepted the physical style of Connacht.”

“The back line improved with great running lines,” the coach continued. “Delaney Moyer was extremely active, and Makenna Tuman and Savannah Peterson played great out of our centers.

“Overall, the players overcame and adapted to the new style well, and our ball skills and attack were praised by Connacht head coach Fraser Gow,” Fisher added. 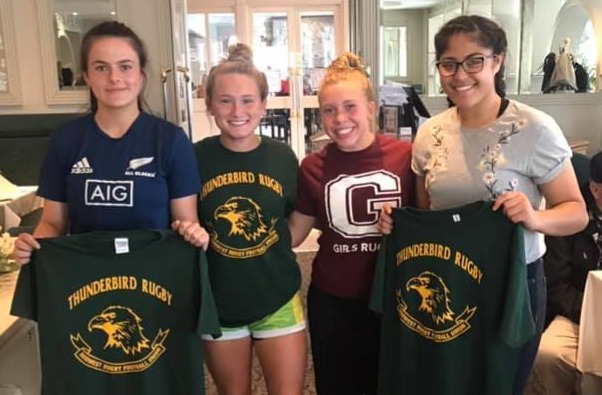 The final score settled after regulation had expired, but the Irish squad kept pushing for one more try, which was the game-winner: 34-29.