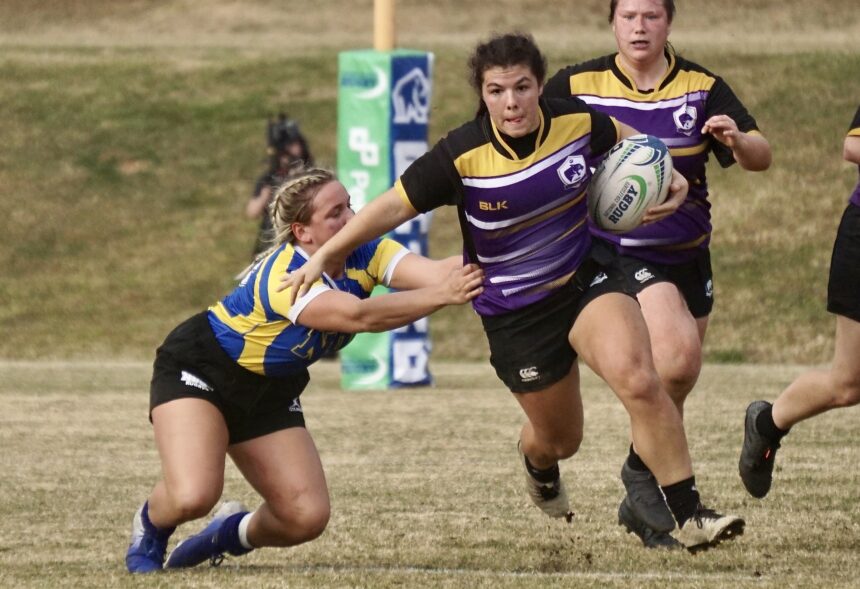 PRESS RELEASE — National Collegiate Rugby (NCR) has finalized a field of 110 teams for the 2022 Collegiate Rugby Championships (CRCs) in New Orleans. Hosted by MLR’s NOLA Gold, the national championship tournament will be played at the Shrine on Airline stadium and adjacent fields over Memorial Day Weekend, May 28-30.

The three-day Collegiate Rugby Championship will bring together the top teams in the country to compete for national titles across six men’s and women’s divisions, including:

The Men’s Division I Club group was the most recent group to be named. This new division includes true club teams including Tulane, UMass, Purdue and UConn.

For 12 years, the CRC has been the official national championship tournament for collegiate 7s teams. National Collegiate Rugby has expanded the opportunities for more teams from more divisions to compete for a national title. With 110 teams, the 2022 tournament becomes the largest collegiate tournament to be held in North America.

Due to the pandemic, the tournament was canceled in 2020 and limited in 2021.

“The CRC returns in a big way this year. Fans will see more top-level rugby than ever before while enjoying themselves in one of America’s best sports cities” commented Jeremy Treece, NCR CEO.

The fan-favorite Bracket Challenge opened on May 9 giving fans three weeks to complete their brackets ahead of the tournament. The Brackets Challenge will offer a new pool feature that provides fundraising opportunities for clubs.

Many participating teams qualified for the tournament by winning one of over 30 automatic qualification tournaments around the country. NCR invited the remaining at-large teams based on their Spring 7s performance and strength of schedule.

Treece added “We continue to see growth in Rugby 7s and greater competition each year. Our selection committee reviewed many talented teams and were faced with some difficult decisions. We’re sure to see very competitive matches and great individual performance this year.”

The full team list and tournament schedule, including first round match-ups, is available on maymadness7s.com.