There was a little movement and one add in the seventh round of the USA Rugby DI College Spring Ranking, as conferences have all but locked up their playoff pairings.

BYU finally got some field time and played a double-header at home. Friday was a big win against Boise State, and then DI Elite Central Washington took a 30-point win over the Cougars. The Wildcats have been more active in 2019, traveling to Life West in NorCal and Lindenwood in Missouri, gearing up for DI Elite semifinals on March 24. Even though BYU took a loss, the Cougars are still operating at a DI Elite level, and Saturday’s game will accelerate the Provo team’s development in advance of regional playoffs.

The Mason-Dixon teams were idle, and UVA is currently touring in Ireland. Queens University has one more matrix game this weekend against Clemson, but has locked up the league’s top seed in the southern pool.

In the Pacific Mountain West, both Chico State and UC Davis posted big wins against Stanford – a result that saw the Cardinal swap with Grand Canyon – and Humboldt, respectively. This league is nearly two months in, so the consistency is coming. The Wildcats and Aggies are poised to make a jump, as the conference-wide playoffs approach.

There’s been a change in the Pacific Mountain North. Undefeated Washington State is ineligible for playoffs due to last year’s disciplinary action, and so 2-2 Oregon State joins the ranking. The Beavers secured second place after last weekend’s shutout against Western Washington. Oregon State will now travel to Palo Alto, Calif., on March 30-31 for the Pacific Mountain semifinals and championship. The two finalists advance to spring regionals at UC Irvine. 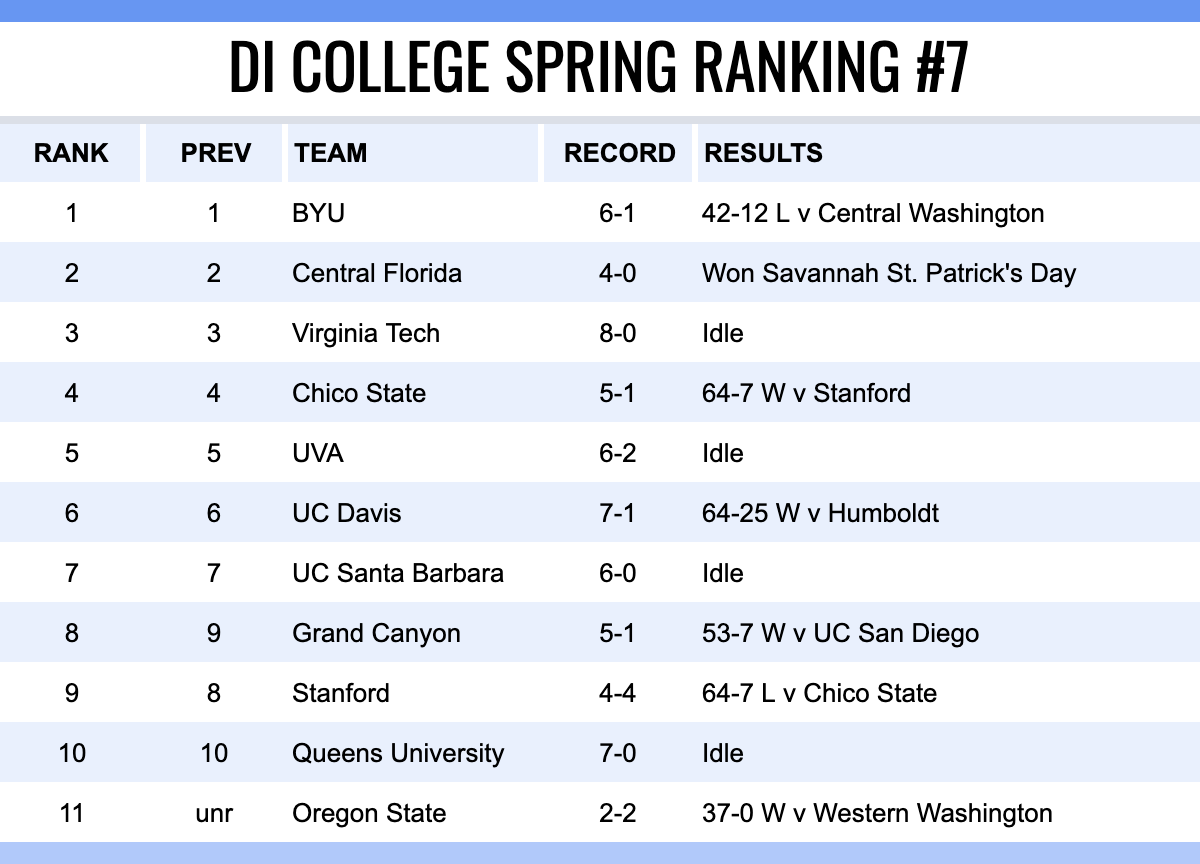