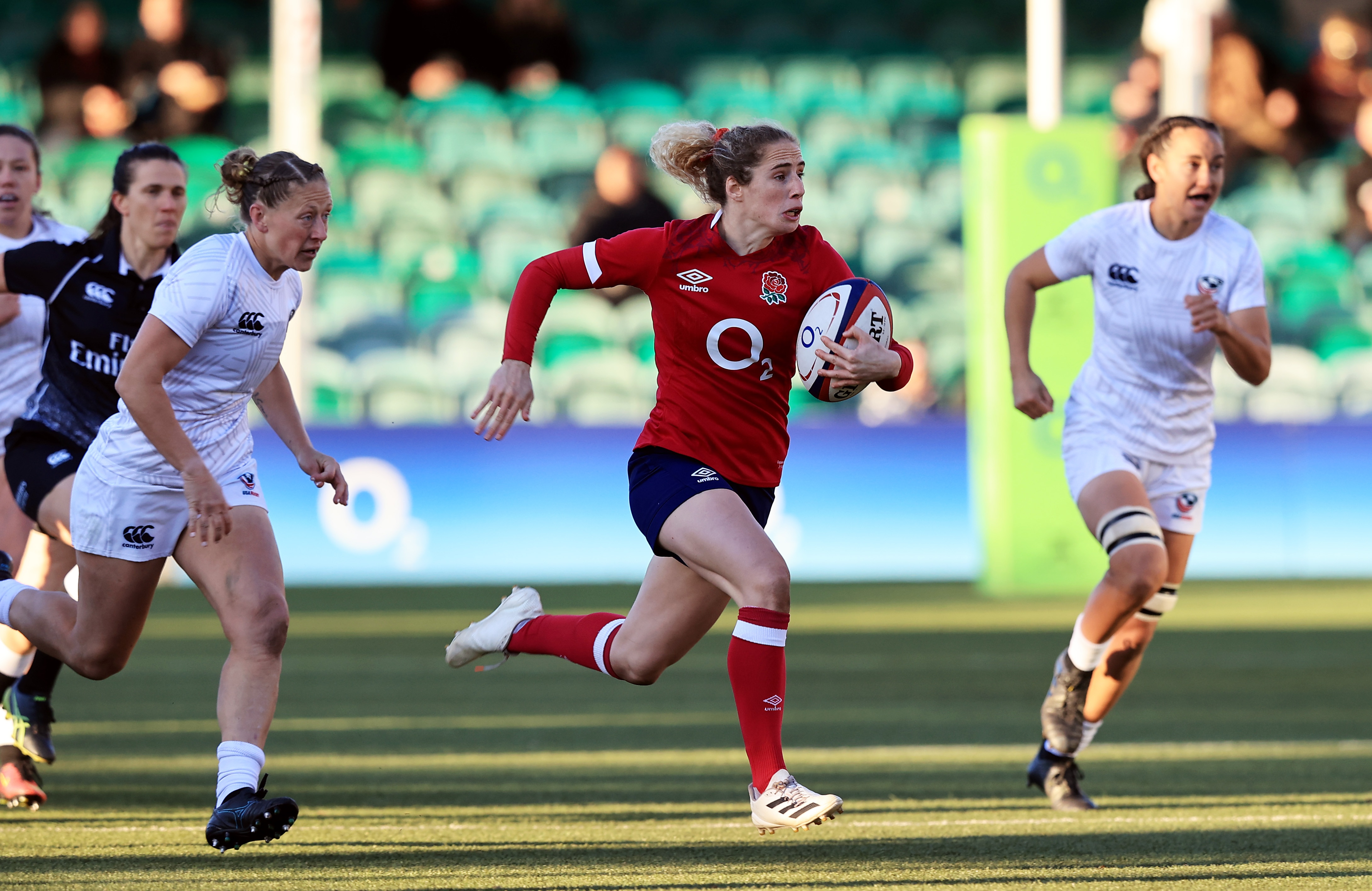 The USA Women’s National Team finished its fall tour 0-4, dropping an 89-0 decision to England at Worcester’s Sixways Stadium. The Red Roses went undefeated in their autumn internationals, besting New Zealand twice by a combined 99-27 and Canada 51-12. The shutout win against the Eagles matched England’s second-largest test victory ever.

England overpowered the USA in every aspect of the game and lent insight into how the next tier of competition functions. It’s the result of a rugby country that has invested in its women’s game and a professional league and annual international series. Sarah Hunter has well above 100 caps. The English play more and better rugby.

Those factors help explain a massive scoreline like today’s game against the U.S., but they are out of the Americans’ control. And that’s a common theme among teams: Control what you can control. And in that sense, the U.S. gave England more opportunity than it arrived to the pitch with.

The lineouts were the most obvious deficiency. First half was better but there was an important not-straight throw that nullified the Eagles’ best attacking opportunity all game. The second half was abysmal, with the ball hardly coming close to the jumper’s hands. As the scored ticked ever upward, it was demoralizing to have the U.S. steal possession (Alycia Washington again was strong in the counter-ruck and poach) or earn a penalty (England gave up plenty), kick for touch and then immediately return the ball to the Red Roses. England’s lineout, on the other hand, and the driving mauls that followed were stellar.

Consequently England spent a lot of time on attack and that obviously depletes the integrity of the defense over time. But even before that point, the Red Roses were able to play so quickly. The ball did not linger in the ruck or at the base, and there were just layers of offense ready to run onto the ball. One-on-one, England was faster (Abby Dow, wow) and more evasive (prop Sarah Bern, such a diverse weapon), and U.S. tackle completion struggled. Fifteen tries followed.

“We rarely play four games in a row so to go out there and perform, and keep the tempo we wanted is just incredible,” Player of the Match Dow told englandrugby.com. “The score is a bonus. The depth of our squad has been highlighted, to see people perform on their debuts as well as those with over 100 caps is incredible.”

England’s reserves kept the game at an unrelenting pace, but the USA didn’t just accept defeat. Jenny Kronish with a pinch here, Kayla Canett going for it on the kick return. Just a big, comprehensive win for England and lots to digest for the U.S., with less than a year until the Rugby World Cup.


A NIRA Championship Through Freshman Eyes