This evening, USA Rugby announced that Alev Kelter has been removed from the Rugby World Cup 7s squad due to injury and Kelsi Stockert is being called up. The release indicated that the injury had been sustained during the World Rugby Women’s Sevens Series (WSS) and had not yet healed. Kelter was included in the July 12 roster announcement.

Kelter first donned the USA 7s jersey in 2014 at the Guangzhou 7s in China and hasn’t missed a WSS stop since, while also appearing at important fixtures like the 2015 Pan-Am Games, 2016 Olympics and 2017 15s Rugby World Cup. Thus, while Kelter isn’t the most veteran player on the RWC 7s team – Ryan Carlyle (’11 Hong Kong) and Lauren Doyle (’12 China Invitational) – she does have the most caps.

According to World Rugby, which only tracks WSS stats for 7s, Kelter is also the team’s leading points scorer. 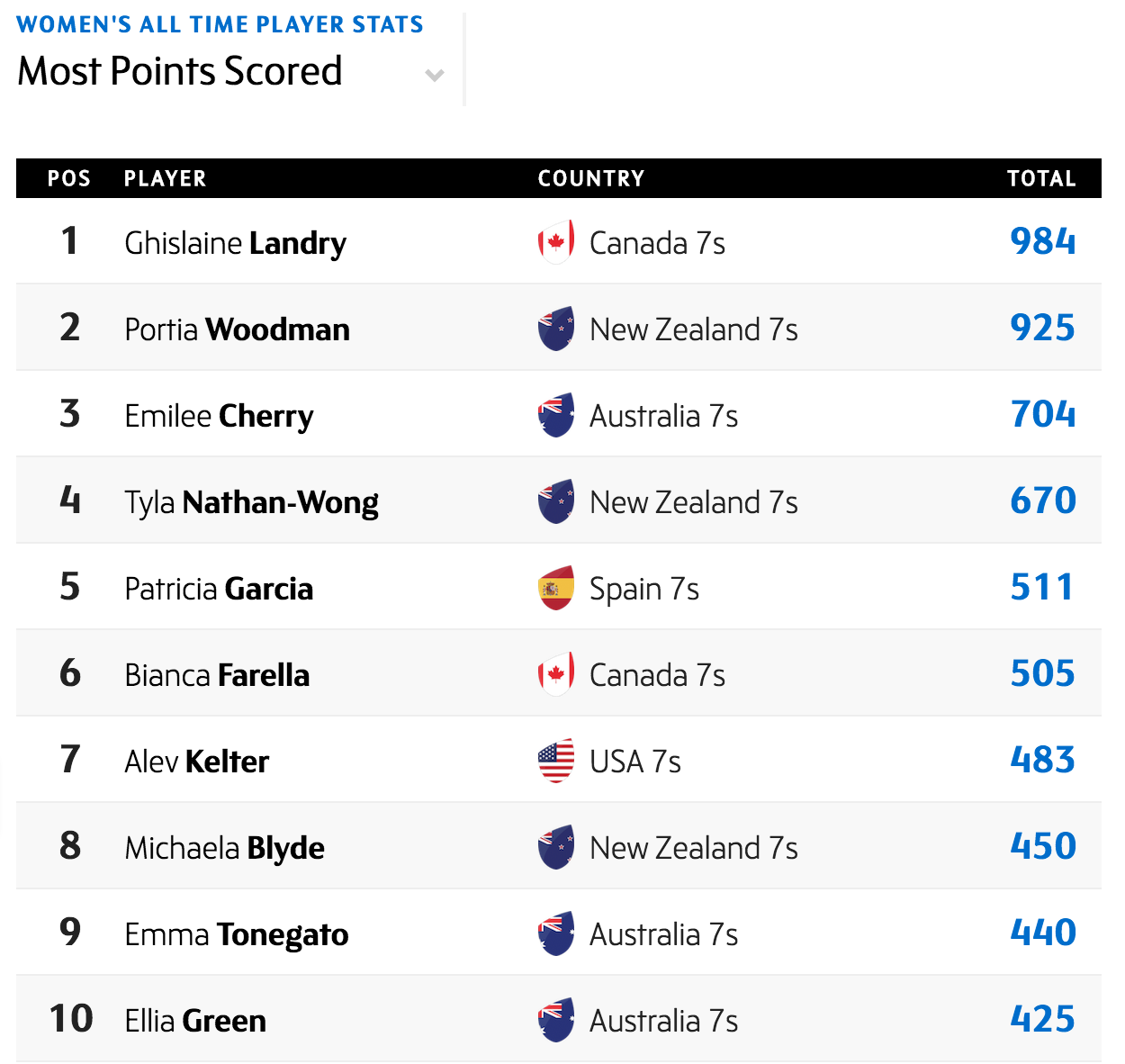 But Kelter is so much more than points – although she’s hit some beauties of sideline conversions. She’s crucial in the breakdown, so fast over the ball and quick to punish slow offensive support with not-releasing penalties. She’s power and speed, both of which are evident when fending through traffic or following the big girls through the middle, but also in the chase-down. Who can forget that epic tackle on France’s Camille Grassineau, who was destined for five points during the Paris 7s, until Kelter came barreling into the picture?

Kelter is vim and vigor. When a rally is needed or poise required, Kelter is often found at the epicenter. Obviously, rugby is a team sport, and Kelter is only as good as her teammates, but she has been central to USA’s success, and her absence will be felt.