Scion’s Washington, Fan-Girling in all Directions 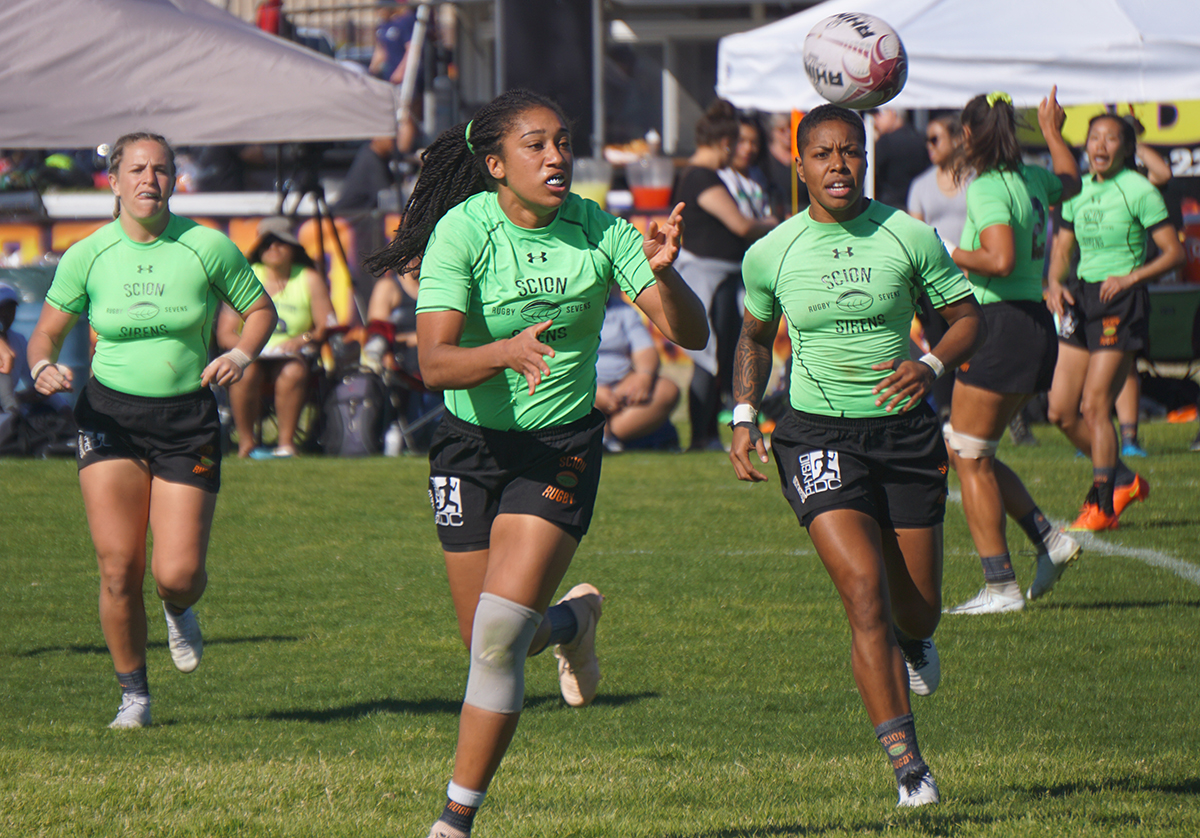 Scion has enjoyed good success as a National Development Academy (NDA), and not just by trophy case standards. The Sirens keep a good core of players together who can promote the team’s systems as different talent rotates into the roster for different events. Alumnae Abby Gustaitis, Saskia Morgan, Sara Parsons and Ilona Maher were all Sirens who then moved across the country to Chula Vista. Jade McGrath and Ally Gallagher represented the Falcons in their previous tour to Japan. And the Las Vegas Invitational was another good example of what the academy is trying to cultivate from the D.C. region.

“The competition was definitely hard but we don’t really talk about that,” Scion vet Alycia Washington said of the pressure to repeat as LVI 7s titleholders. “We always want to win – that’s always our goal – but there’s no point putting extra pressure on ourselves when we know we’re up against good people. We just want to go out there and play our best and play the Scion structure, the Scion system, the non-negotiables. The pressure, I guess it was there, but really not on our front burner.”

Scion opened up the tournament against fellow NDA ARPTC. The Little Rock, Ark., organization takes a unique approach to development and hosts summer residencies for attendees. ARPTC has a nice alumnae base, and in its first trip to Las Vegas featured a diverse roster that included favorites in Hunter Griendling, who has the best kicking game; Canadian Emily Magee, who’s currently playing in New Zealand; and Abby Vestal, who’s been there since the beginning. 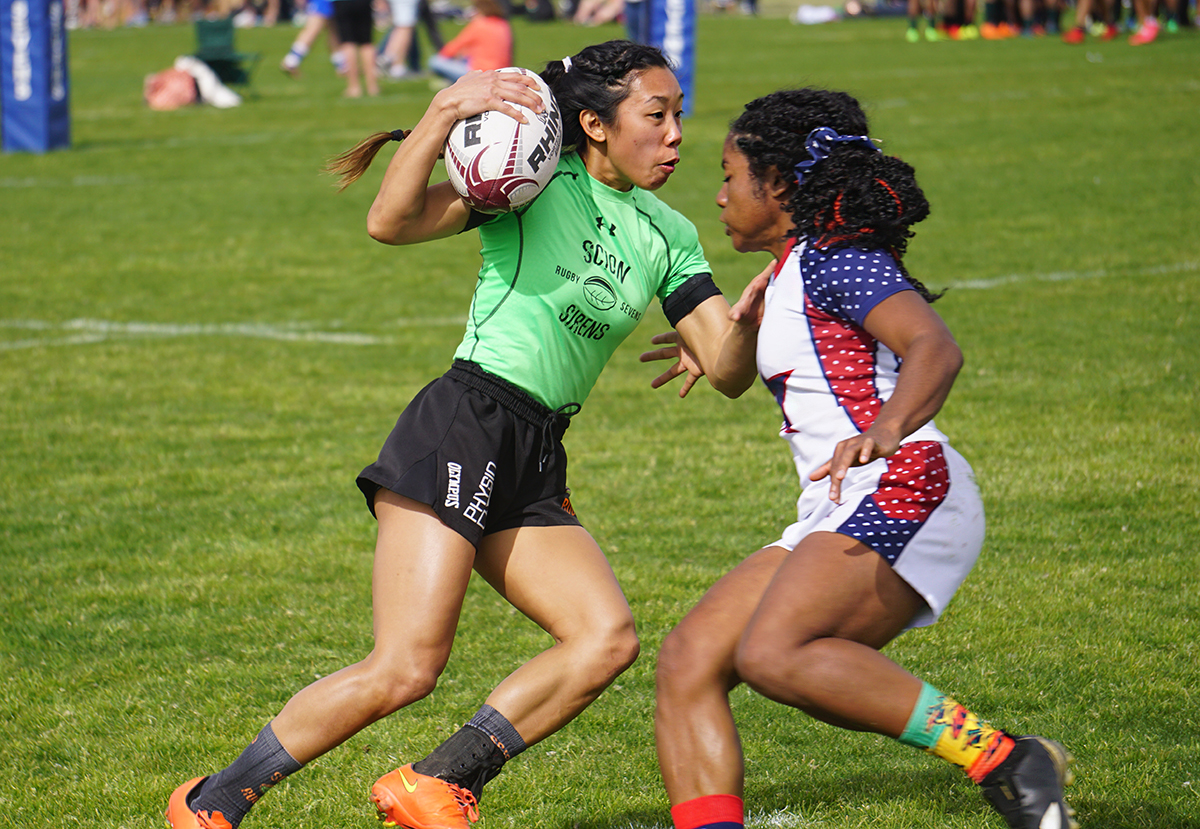 Scion eked out a 19-12 win before shutting out the Misfits and Serpientes in pool play. The Sirens had to work hard against the Stars and Quebec in the Cup quarterfinals and semifinals, respectively, and then returned once again to Sam Boyd Stadium for the final against tournament favorites USA Falcons.

“I look across and I see Hope [Rogers], and I’m like, ‘I’m not the only one out here,’” Washington delighted in that tight-five representation. “Tight-five, we can run, we can pass. We’re more than just rucking and lifting in the lineout. It’s always good to represent the tight five because our skill set – especially in the U.S. – we’re getting stronger, and we want to go out there and show as much as we can.” 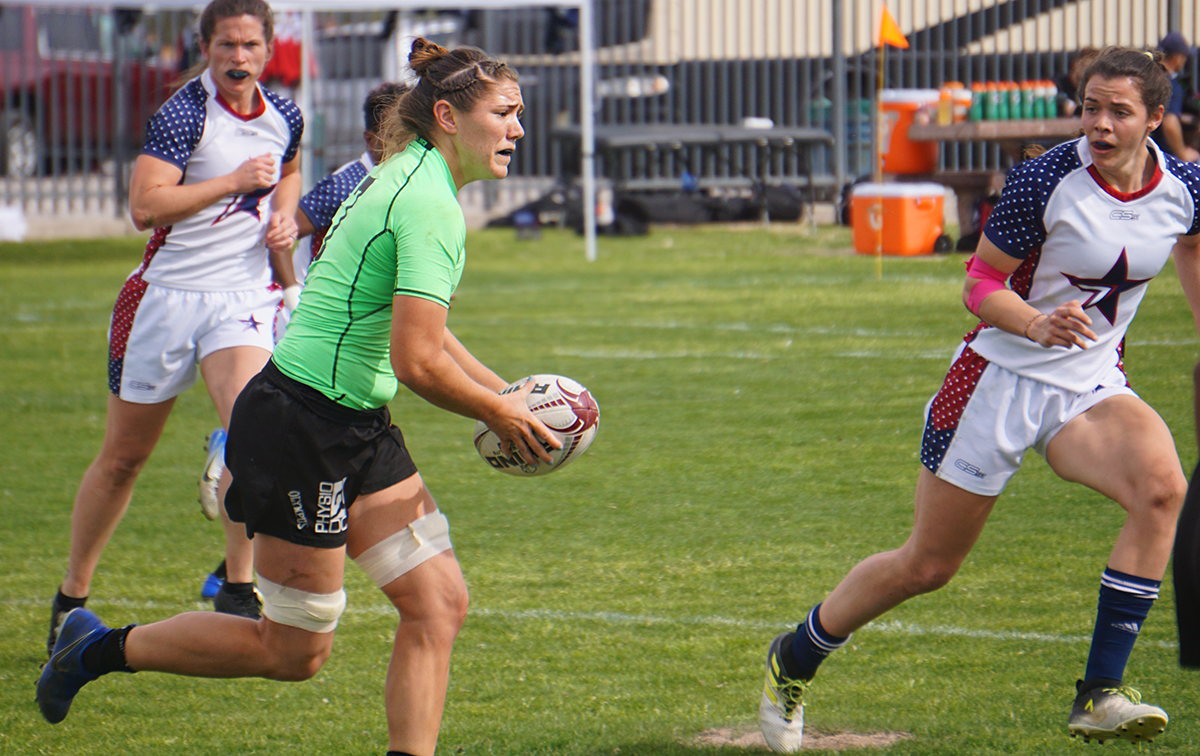 Alev Kelter and Jordan Matyas led the USA Falcons in physicality, and Alena Olsen was a good director from scrumhalf. The newer residents and first-time Falcons did well to punish mistakes with a fast, opportunistic counter-attack, and the points followed.

For the most part Scion wasn’t able to get around the corner and had trouble getting the ball back in play cleanly from the sideline. Washington, McGrath, Nate Serevi and Dana Meschisi were among the Sirens who could attack a half gap and get the go-forward moving, but the support wasn’t as reactive as it needed to be. Bui Baravilala, who repped the Utah Vipers at the ’18 LVI, looked good all weekend, too. 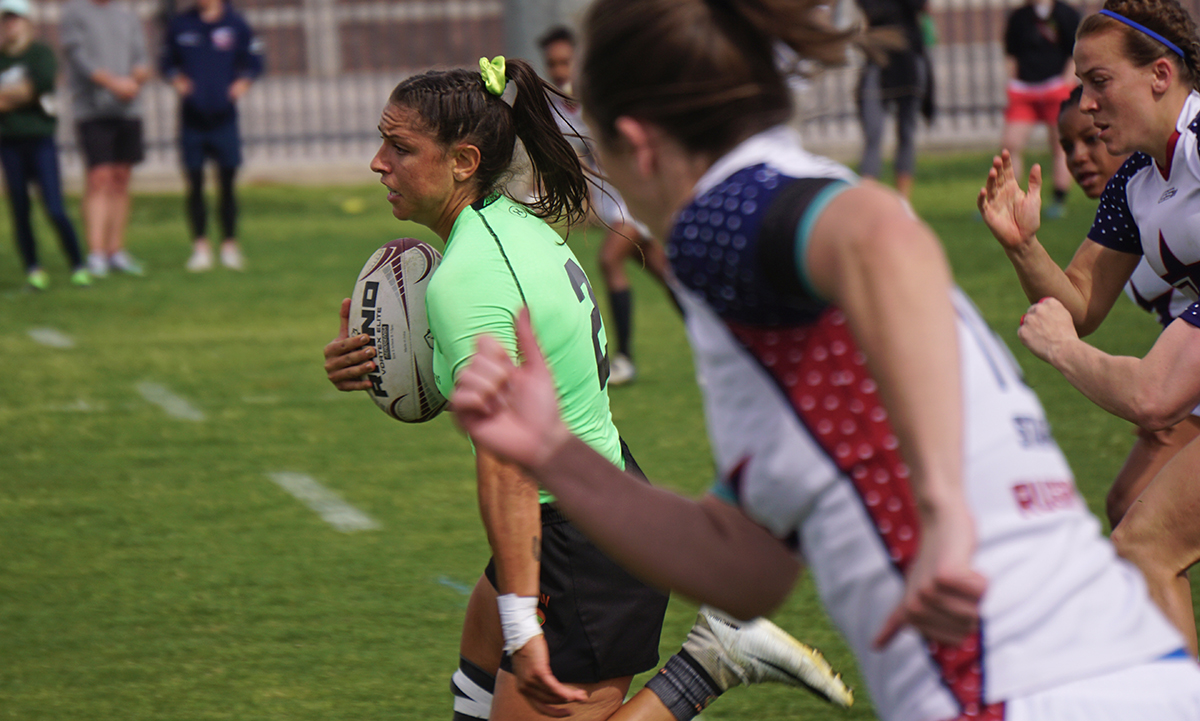 “It was so much fun. I feel like every time I get a chance to play with good people and against good people, it’s a true blessing,” Washington said after the 36-0 loss. “Not the result we wanted – too many errors on our side – but the experience is something I’ll always have and always cherish.”

Washington, who was recently named president of Connecticut’s State Rugby Organization, looked over at her Scion teammates after the final, huddling together and taking care of each other. 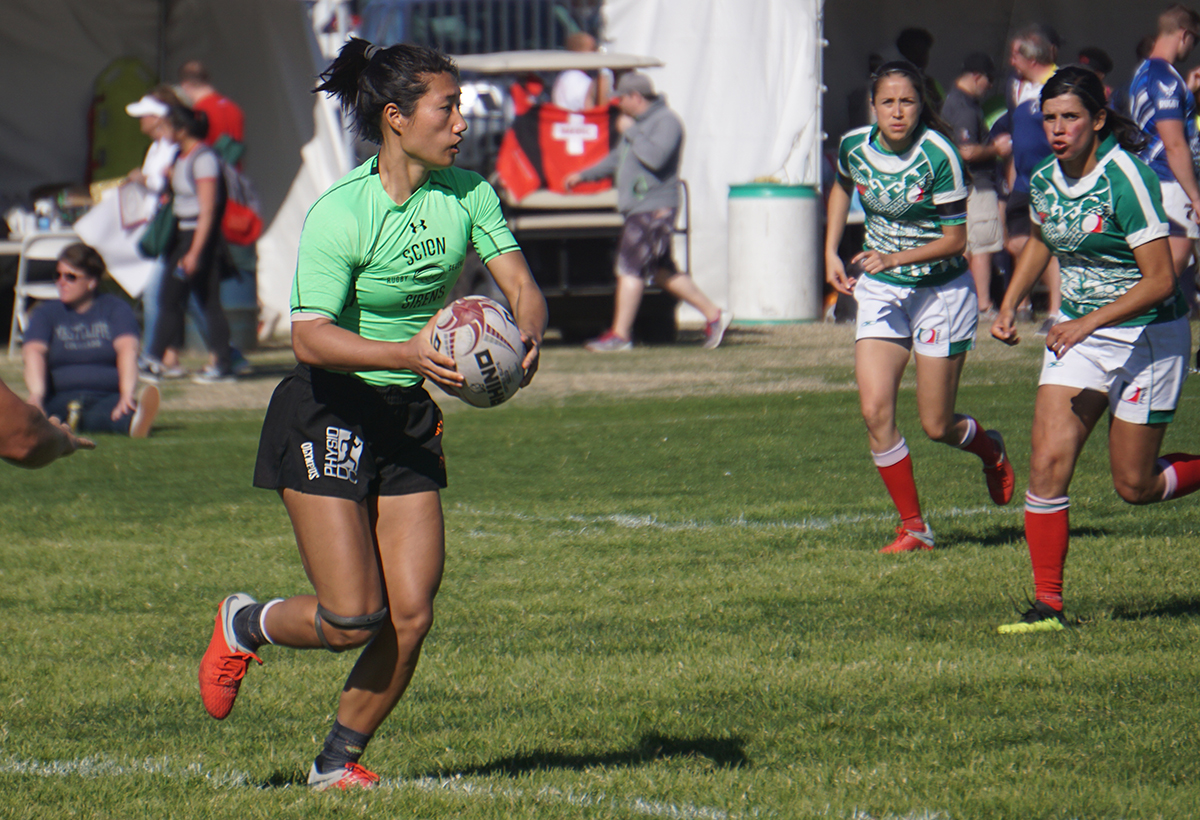 “I was talking to my teammates earlier this morning and one of my favorite quotes was: If you’re the smartest person in your friends group, then you need new friends. So I feel the same way [about rugby]: If you’re the best person on your team, you need a new team,” Washington considered the standout performances. “I’m impressed by everyone 1-12 this weekend. Jade – I know she’s been with the Falcons before – truly incredible to watch, just so much spirit, so much heart. Looking across the field and seeing Jordan and Hope, and some of their new players I’ve seen on the 7s circuit – it’s incredible. I’m fan-girling a little bit looking across at them because I’ve been watching them the last few months. It’s incredible on both sides, next to me and in front of me.”


Scion’s Washington, Fan-Girling in All Directions