Last year, South Bay finished third – a program high – at the High School Club National Invitational Tournament (NIT) and returns as one of the top title contenders in 2019. The Spartans and the rest of the field will convene in Murray, Utah, from Friday-Saturday, May 17-18. The Single-School NIT occurs May 18-19 in Glendale, Colo.

SoCal runs single-school and club high school seasons, divided by age grade, 7s and 15s. The season abut each other, and thus an individual could play for her high school and then club in an extended season that ranged from January – May. For South Bay, that means many of its players represent Carson High School during the first portion of the year and then the Spartans in the second half.

That pool of players also competed at Las Vegas 7s, Fullerton Invitational, NorCal Invitational and Tropical 7s, and did well. The most recent tournament – Tropical 7s in Florida – injected the always useful Canadians into the competition and aided refinement.

But that abundance of field time has also had its drawbacks, as season-ending injuries have struck lock Dani Taulua, hooker Kitahna Moe and inside center Manaia Moala. Also rehabbing and/or playing at less than 100% are wing/inside center Siniva Mailo, flanker Tynesa Taulua, No. 8 Zonaye Tupuola and flanker Mercie Vivao. 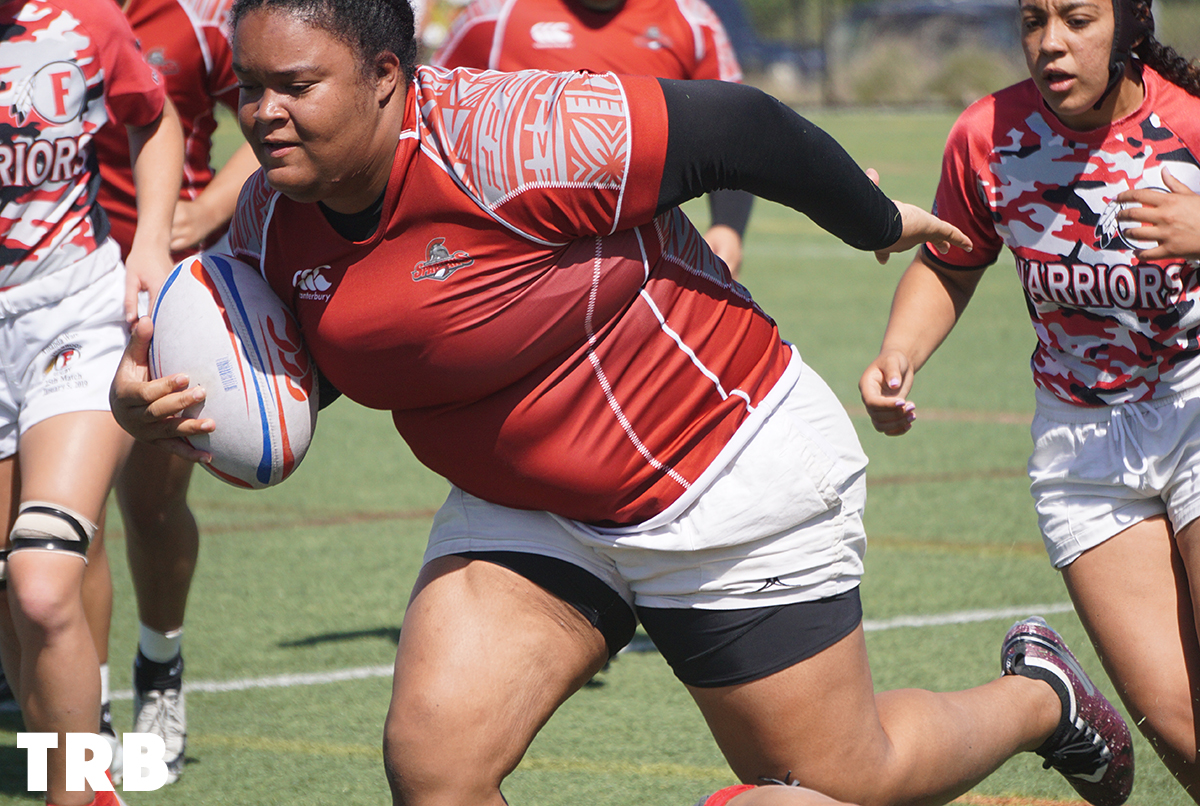 There’s some vulnerability there but captains Ahnea Aupiu (scrumhalf) and Punipuao Skipps (flyhalf) are the field generals around which the team can rally. South Bay started hitting its stride at mid-April NorCal tournament, which it won 17-5 over Fallbrook.

“NorCal was our first glance of our team having majority of our starters available with the exception of Taulua and Moe,” South Bay head coach Myron Mailo reflected.

“… [C]onsistent play from our captain, Ahnea Aupiu, forwards Zonaye Tupuola, Mercie Vivao and Jayla Delia as well as back play from Punipuao Skipps, Siniva Mailo, Amaya Moala and Shy Tonumaipea should catapult our team as one of the favorites and forces to be reckoned with entering the NITs.”

Last weekend, South Bay beat Rancho Bernardo 70-0 in the SoCal U18 semifinals and will face Fallbrook for the title this weekend. Then it’s off to Salt Lake City, where South Bay hopes to improve upon its third-place finish in 2018. 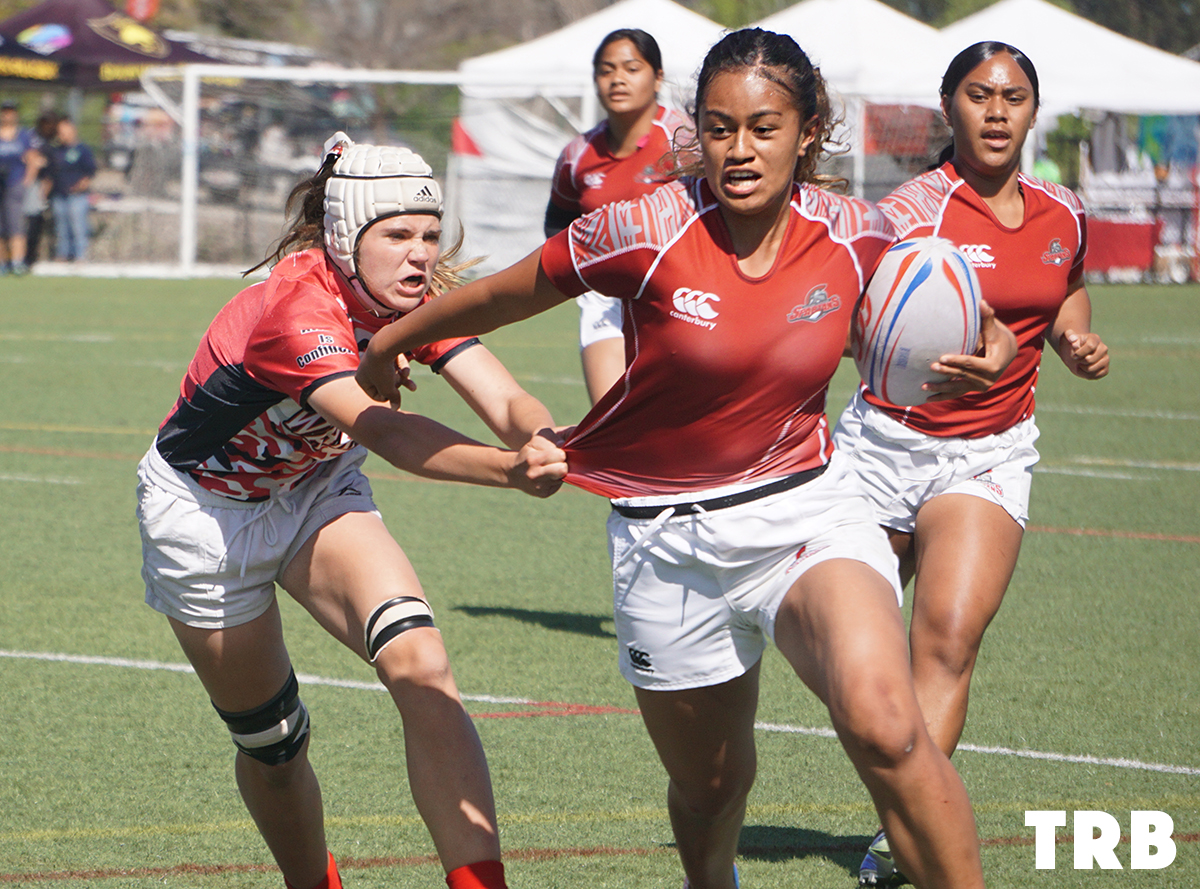 “[O]ur motto is and has always been: Championship or Bust. We enter the NITs expecting to Win it all,” Mailo looked ahead. “Last year, we were just excited to be there since the majority of our team were just freshmen and sophomores – 13 of 22. We only have four Seniors this year and we’re still loaded with a majority of juniors, so there will be no excuses of a lack of experience.”

Mailo also acknowledges that the road to the final might be more difficult this year, but is relishing the opportunity to take on the country’s best.

“Having the 2018 Club and Single-School [NIT] champions participating this year together is awesome,” the coach enthused. “United is going for the 3-Peat. Everyone probably has them as the favorite since they beat Kahuku earlier this year. I’m sure Kahuku will have something to say about that.” 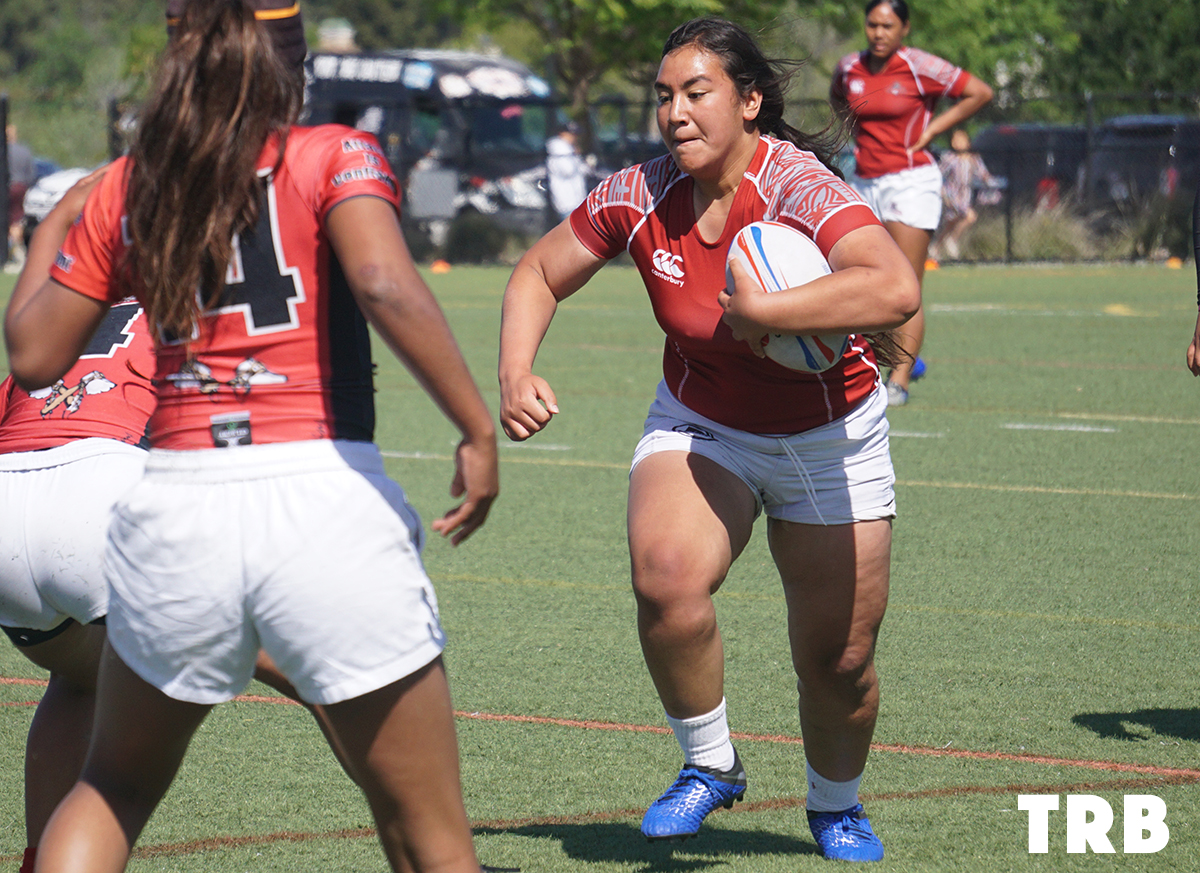 Mailo also tipped his hat to Fallbrook and the five NIT titles to the Warriors’ credit.

“Bottom line, we respect all the programs participating at the NITs,” the coach concluded. “We’re hoping to bring South Bay its first Division 1 Championship [after winning DII in 2015]. We just want a fair match as I’m sure all the participants do. Let the girls decide the match and may the best team prevail.”

The HS Club NIT will field DI and DII brackets, and seeds should be announced shortly. Stay tuned.

GHSAA 7s to Play in Canada