The Southwest Rugby Union has added a senior women’s select side program to its offerings, and the new entity contested its first-ever 15s match on Dec. 11. The all-stars traveled to Albuquerque, N.M., to play the Rocky Mountain Selects for the Mountain West Trophy, and inaugurated its existence with a 34-27 win.

Alex Jaros of Tempe was named captain. The Boulder, Colo., native discovered rugby as a freshman (2015) at Rensselaer Polytechnic Institute. Sophomore year, the then-flanker transferred to the Univ. Colorado Boulder and began transitioning to the back line. After graduation, Jaros took a mechanical engineering position in Phoenix, and since November 2020 has played outside center (with some inside center and flyhalf mixed in) for the Ninjas.

“Our team’s primary goal was to always support each other and constantly communicate while on the field,” Jaros explained the foci for the Dec. 11 match. “At the end of the day, we were excited to be able to play with each other and we all wanted to have fun!” 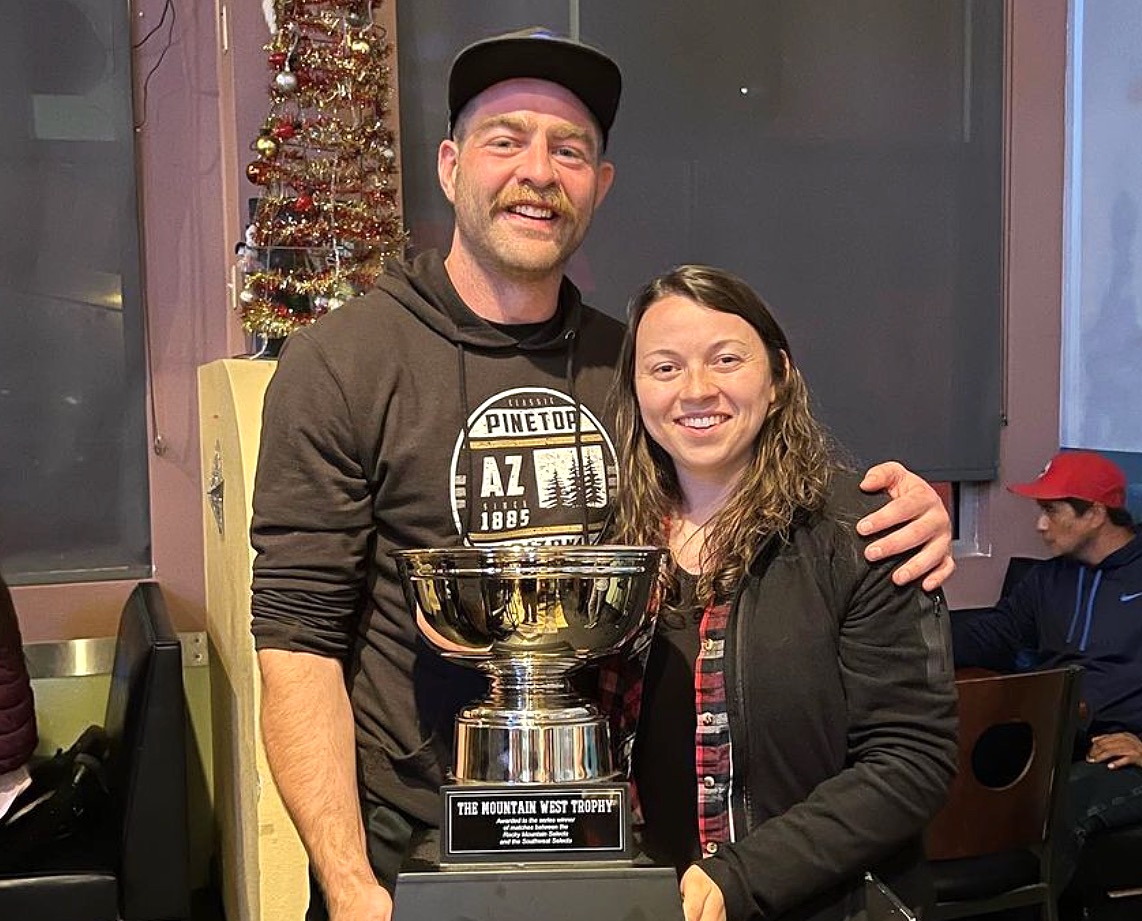 “With strong defensive pressure, we capitalized on mistakes made by Rocky Mountain,” Jaros recounted the flow of the game. “Judith Gramajo, stealing the ball and scoring [Southwest]’s first try, shifted our momentum in the first half and set us up with a good pace for the rest of the game.

“Bri McDowell played a very good game in the forwards, taking crash balls at pace and breaking the line quite a few times for solid offensive gains,” Jaros praised the No. 8 from Temple. “I had a couple good line-breaks that led to two separate tries. I also converted our team’s only penalty kick for points in the first half.”

“The team vibe was all around very positive,” Jaros noted “[The game] provided an opportunity to develop unity between players that traditionally play on opposing teams. Ultimately, this team demonstrated the camaraderie of the women rugby players across the Southwest Union. It’s always great to be playing rugby despite the challenges of playing during a pandemic, so being able to play all-star rugby is just that much more special.”

The competitive game was a great way to welcome all-star rugby back to both regions. Jaros wasn’t aware of any future fixtures for the Southwest Selects; however, the captain indicated that spring 2022 options are being explored.