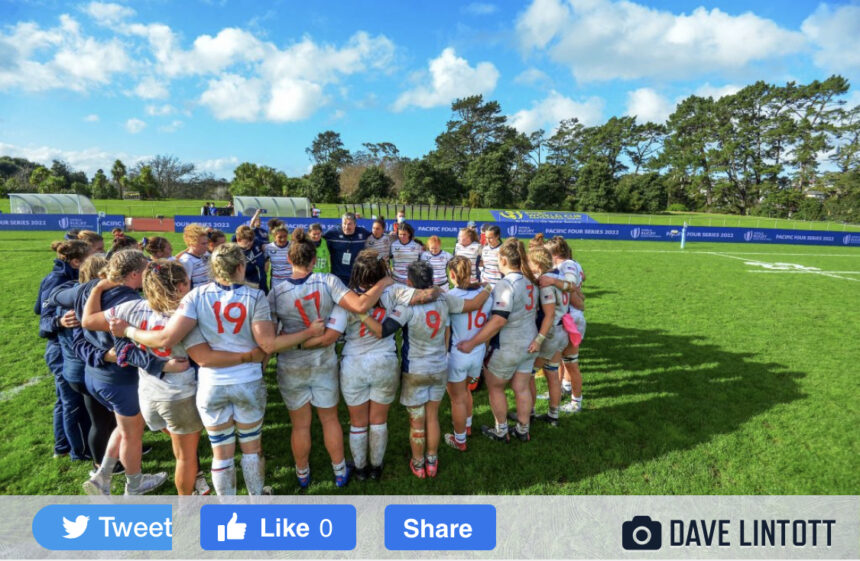 WHANGĀREI, NZL (June 16, 2022) – Coming off the squad’s first Pacific Four Series win in a heart-pumping battle with Australia, the USA Women’s Eagles match day 23 has been announced for the tournament finale against host nation and No. 2 ranked New Zealand. This will be the third meeting with the Black Ferns under Head Coach Rob Cain, an excellent and exciting matchup within World Rugby. Now ranked 5th in the World, jumping two spots after the win over Australia, the USA will look to carry the same defensive momentum out of last weekend’s match to counter a strong New Zealand attack, a side that has put up 51 points over the first two games.

USA vs New Zealand kicks off on Saturday, June 18 at 12AM ET (Friday night for remaining US timezones) and will be streaming live on World Rugby YouTube and the Pacific Four Series page of the World Rugby Website.

The Women’s Eagles and many players on this starting squad are familiar with the Black Ferns style of rugby, with more than half the match day 23 having played them on one or more occasions in recent years. Both matchups under Head Coach Rob Cain were on US soil, in Chicago 2018 at the iconic Soldier Field and during the 2019 World Rugby Super Series in San Diego. This time around, the Eagles will face the #2 ranked team, along with a home crowd. This match however is exactly the challenge this team is eager to charge right into, as they set markers and compete against the best in the world ahead of the Rugby World Cup, on the very same grounds. The USA will play their Rugby World Cup opener against Italy at the Northland Events Centre in Whangārei, the same venue for this weekend’s match.

While the Black Ferns are a daunting side, they are one that the USA can head into with confidence. This Eagles squad has improved through the Pacific Four Series assembly, and with this match coming at the end, it presents an opportunity to apply a few weeks of competition and training into the series finale. Early pressure and points have also been effective against New Zealand, where Australia was able to jump out to an early lead in their opening match, something the USA had a good formula for against that same Australian side.

Comments from Head Coach Rob Cain:
“We are looking forward to the challenge that New Zealand will present this Saturday. They have a very aggressive continuity game and have shown that they aren’t afraid to attack from all areas of the pitch. Last weekend against Australia we had real intent, both tactically and physically for around 55 minutes. This week we know how to get the result we want. We know we will have to not only do more of the good things from last week, but for a longer period of time. That’s our aspiration, that’s been our focus.

“Having the opportunity to play New Zealand at home is an exciting proposition for us as a group, and one less first experience if this would happen at the Rugby World Cup. Thank you to the Eagles family and USA Rugby community for all your support these past few weeks, it makes all the difference to the players.”