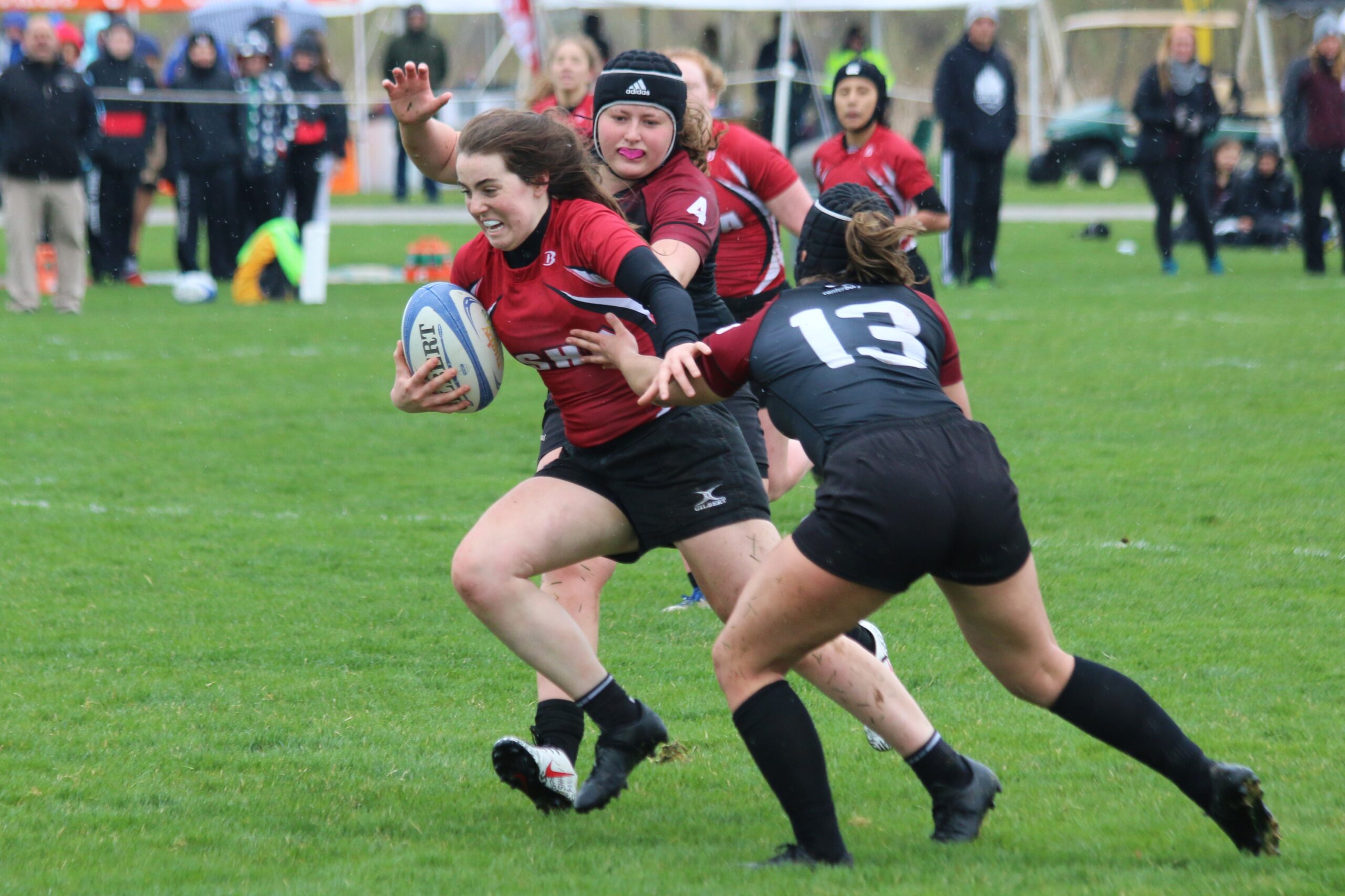 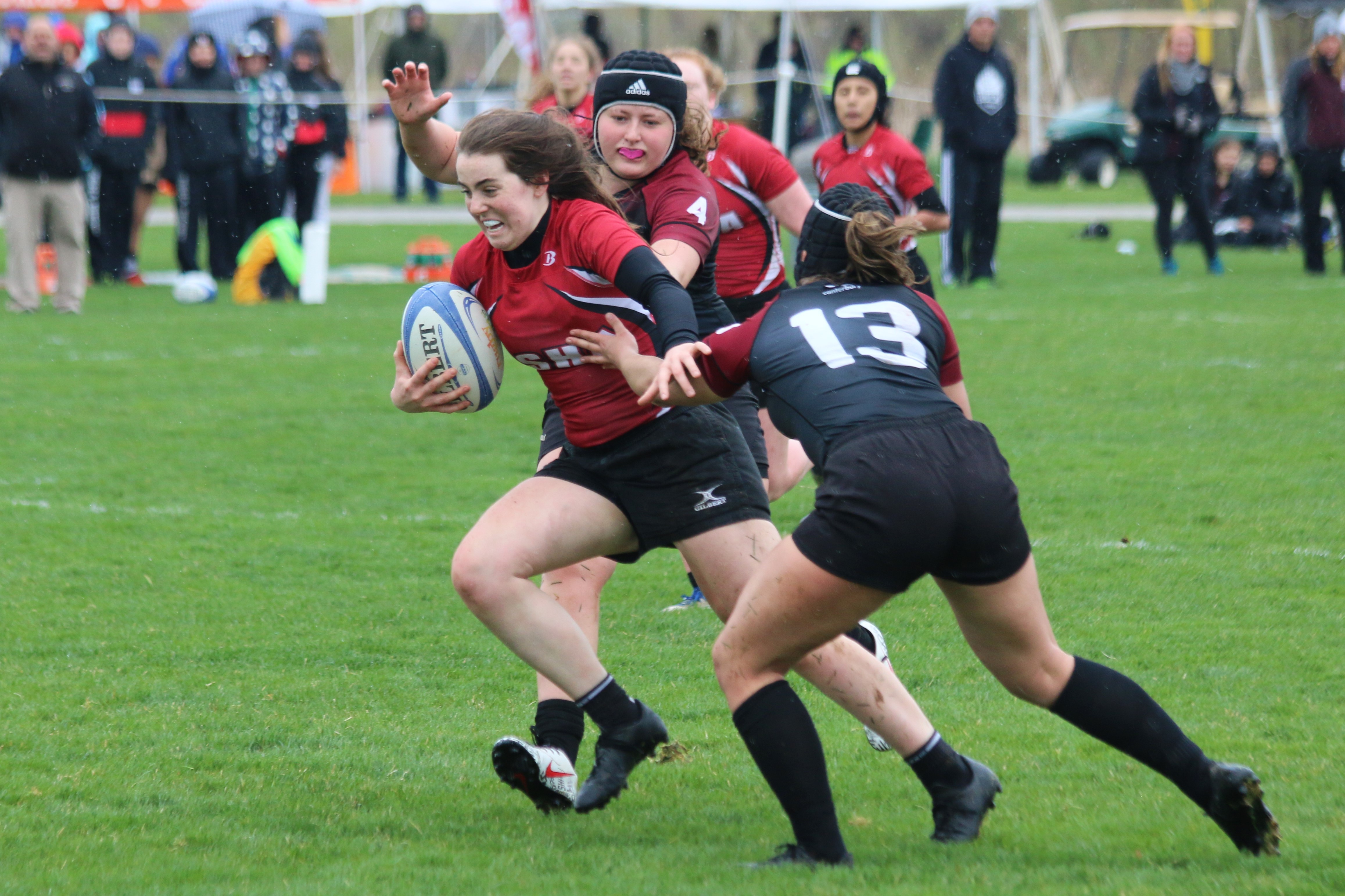 The USA 15s team played the Barbarians at Infinity Park in Glendale, Colo., and nearly beat the famed invitational side, 34-33 the final. Read more.

NSCRO held its national 7s championship, and Wayne State College retained its title, finishing with a 31-7 over the University of Rochester in the title bout. Kennedy Jones was named MVP, and an all-tournament team was also selected. The Wildcats repeated last year’s feat of winning both the national 7s and 15s trophies in the same season.

Atlantic North held GU crossover games for its DII senior clubs, and both New England teams beat their Empire counterparts. Providence shut out Brooklyn 58-0, and Worcester topped Morris 55-17. The teams will face each other for the third time this season on May 4 and travel to New Jersey for this national’s berth-affording match.

DII Atlanta sent 12 different players into the try zone during a 75-5 win over Southern Pines, with hooker Megan Steffes and flankers Kristen Bolt and Ashley Prusak putting down two apiece. The victory afforded the top seed in Carolinas/Georgia and berth to the Southern Conference championship. Savannah finished third in the league behind Augusta but will be the second representative at the CR championship. Atlanta will play True South’s Knoxville, and Savannah will face Florida’s Fort Miami on May 4, and the final will played May 5.

– Belmont Shore went up 26-0 in the first half and looked well on its way to the DI club title, but then back-to-back yellow cards allowed Santa Monica to gain traction. The Phins scored the next 20 points, and there were still 25 minutes to play. But that’s where the scoreboard held – 26-20 – for the remainder of the match, and so Belmont Shore is heading to Texas for regionals. Angela Baker, Sydnee Watanabe, Emily Rodin and Priscilla Gardner dotted down for Belmont Shore, and Rodin handled the conversions.

– Santa Barbara won the new DIII title with a 29-12 win over Fullerton. The Mermaids went up first through Serena Cox, but then back-to-back scores put Fullerton ahead 12-5 early in the second half. Cox, Abby Letts, Jenny Block and Courtney Applewhite dotted down during the final 30 for the win. There’s no national championship for DIII.

The three-team DI Rocky Mountain league contested its final’s play-in, and Glendale beat Black Ice 25-19. The Merlins went up 10-0 on tries from Adekemi Adewunmi and Danielle Ordway, but the point differential never went beyond that. Denver was able to send Blaine Martin and Amanda Schiller (2) across for tries, but second-half tries from Adewunmi and Courtney Jessamy, as well as a Hannah Tennant penalty kept the scoreline in the Merlins’ favor. Glendale will now face the Utah Vipers for the berth to the DI western regional championship.

The Midwest High School 15s Championship occurred in Elkhart, Ind., and once against Divine Savior Holy Angels (DSHA) and Catholic Memorial met in the final. The Dashers held a 12-5 lead into the break and then pulled away for a 31-5 victory. Stay tuned for more. Click here for the full list of scores across the high school, club, open and JV divisions. 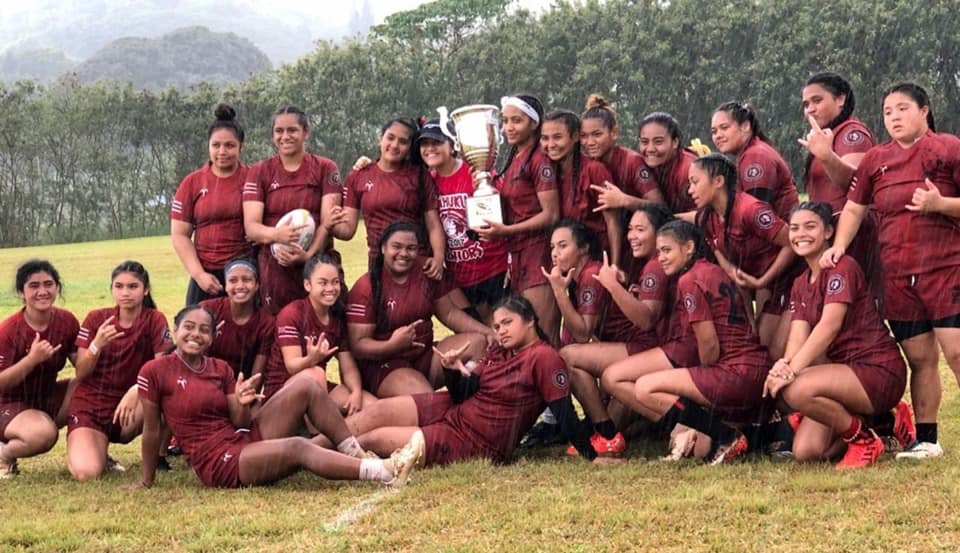