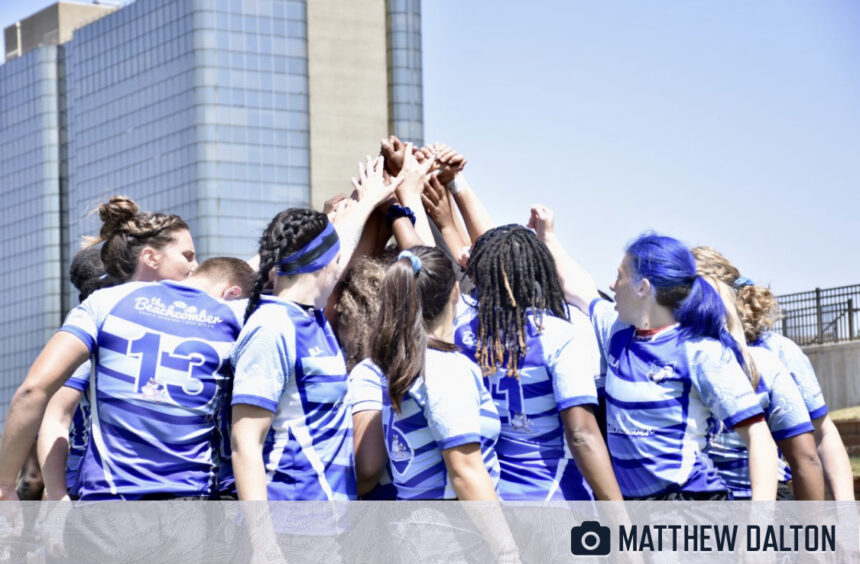 Week 7 of the Women’s Premier League (WPL) saw all four rugby 15s games occur as scheduled, and all of the teams that traveled also won.

The closest game occurred in the Blue Conference between Beantown and Life West. When the teams met in Week 1, the Gladiatrix won 17-10 at home, and while the point differential narrowed in Saturday’s rematch, Life West was able to win in Boston: 30-25.

“Before the game, we knew Beantown was going to be a strong, tough opponent, especially since this was our second time playing them. They would be more prepared for us,” Life West captain and fullback Leti Hingano explained “Our main strategy as a team was to find our connection with each other and to raise the energy, because that was something we knew would impact our performance more effectively.”

Hingano put Life West on the board as the first quarter closed, but then Pinson Neyen, who was one of two forward MVPs alongside No. 8 Yeja Dunn, ran in a second try and Harkavy converted for the 17-5 lead after 25 minutes.

“During the game, despite the mistakes and penalties we had made individually, while Beantown was in the lead, everyone on the team, including our subs on the sideline would pick each other up and help each other move forward,” Hingano noted the team response.

Life West scrumhalf Nikki Kenyon scored next and McKenzie Hawkins’ conversion pulled the team to within a try, 17-12, which held until halftime. The second half was a true back-and-forth with tied scores and a final lead change in the waning minutes of the match.

“Rather than feeling frantic and panicked, we felt eager to remain tenacious and to trust the process, which then led to our win,” Hingano added. “We had to remind each other that regardless of the circumstances, we had the ability to stay in control and we did that in the second half.”

Life West wing Leila Opeti evened up the scoreboard with a try, and then Harkavy and Hawkins exchanged penalties to bring it to 20-20. A Gladiatrix yellow card was followed by a Dunn try, and Beantown held a 25-20 lead at the 60-minute mark. Ten minutes later, No. 8 Siale Alatini scored, Hawkins converted and then added a penalty for the 30-25 win.

“Beantown absolutely did not disappoint, and it showed in how they performed during the match,” Hingano closed. “However, I’m proud and am happy that we were able to maintain our focus, which was to keep our game simple and to stay connected. Everyone stepped up and worked hard. In the end, I love and appreciate these close and tough games because, win or lose, it’s an opportunity for our team to improve how we respond to challenges and become stronger as a whole.”

The decision marked Beantown’s third single-digit loss, a mark of the competitiveness of the top-three teams in the Blue Conference.

Berkeley improved to 4-1 with its 75-0 win against Chicago North Shore, and the All Blues spread around the scoring opportunities.

“We had a bunch of people step up into new or slightly different roles over the weekend and they performed really well,” Berkeley head coach Hannah Stolba praised the effort. “We have a good robust bench and everyone is playing their roles really well right now.”

Berkeley and Life West face each other on May 28. They had seven points between them when they met more than a month ago.

In the Red Conference, San Diego traveled to Oregon Rugby Sports Union (ORSU) and built a 26-8 half-time lead before winning 72-8.

“This weekend was a good one for the squad,” San Diego vice captain Julia Buescher reflected. “We went into the game feeling connected and confident. Our goal was to play as a team and keep ORSU on their heels. I think we accomplished that.”

Wing Srob Oberman-Breindel, inside center Lauren Thunen, outside center Teigan MacDonald and wing Sheree Collins scored first-half tries, and flyhalf Hunter Griendling kicked three conversions. ORSU was far from silent and put points on the board through a Natayah Bauer penalty and Paris Hart try to trail 26-8 into the break.

“We’ve had players shuffle in and out of positions due to injuries and sickness, especially in the front row,” the lock noted. “We knew the ORSU scrum was going to be tough, they always are, but we dug in and tried to support one another best we could.”

San Diego pulled away in the final 40, sending Collins (2), Thunen (3), Griendling, Buescher and flanker Ruby Wyatt into the try zone. Griendling added another three conversions in the 64-point win.

“There were a few standouts,” Buescher closed. “Lauren Thunen and Sheree Collins both played impeccable games. It was great to be playing with Jordan Matyas again as well. I’m stoked on the outcome and now the team gets a well deserved bye week before we get a chance at redeeming ourselves against Colorado next week.”

And finally, New York kept its undefeated record intact, defeating Twin Cities 34-10 in Minnesota. The home side scored its points in the first half, as scrumhalf Lynn Kleyer kicked a penalty and then converted Kelsey Coley’s try. But New York did a very good job of quickly answering the Amazons’ scores and reclaiming momentum.

Inside center Denisse Zambon Regalado, prop Kristin Aliberto, wing Matilda Kocaj and lock Nicole Carroll scored first-half tries, and fullback Allysa O’Neill added a conversion for the 22-10 halftime lead. Kocaj and reserve Dylan Jacobs scored in the second stanza, and outside center Jetta Owens knocked over the extras in the bonus-try win. New York hosts ORSU this weekend, while the Amazons welcome the Colorado Gray Wolves to town in Week 8.

Eagle HS Breaks Out at Nationals