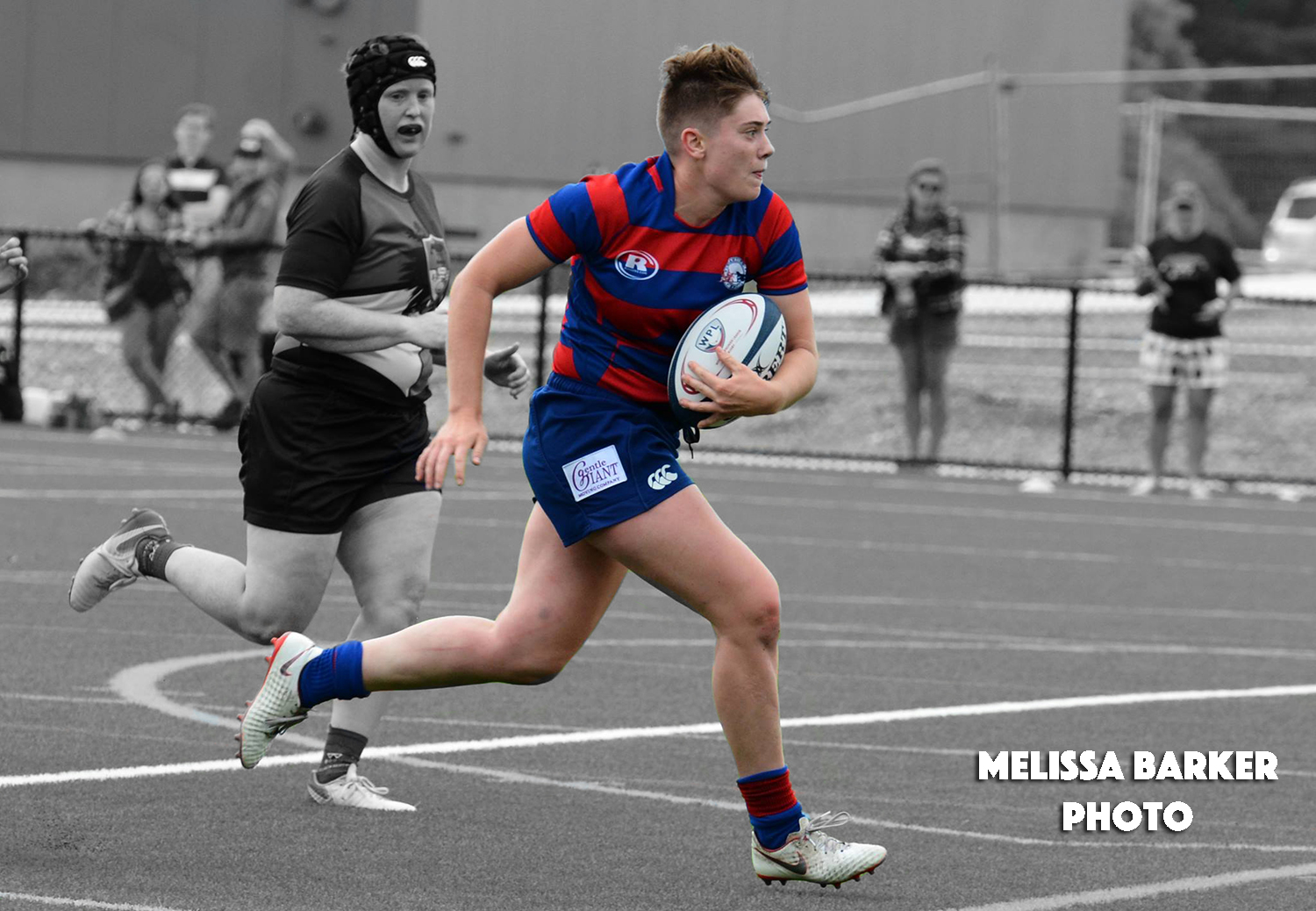 Of the four Women’s Premier League (WPL) games last weekend, two came down to single-digit decisions, and all four teams walked away with at least two points in the standings.

San Diego is one of three teams with 3-1 records in the Blue Conference, and currently sits in second on point differential behind Glendale. The Surfers traveled to ORSU (1-3) and returned to SoCal with a 29-26 win.

“If you take a look at the last few games, we get off to a good start but haven’t finished the job in the second half. We’ll be looking to rectify that and play a full 80 minutes,” San Diego coach Jarrod Faul said. “It’s a combination of things – fitness is certainly part of it – but we tend to switch off when we get a leg up.” 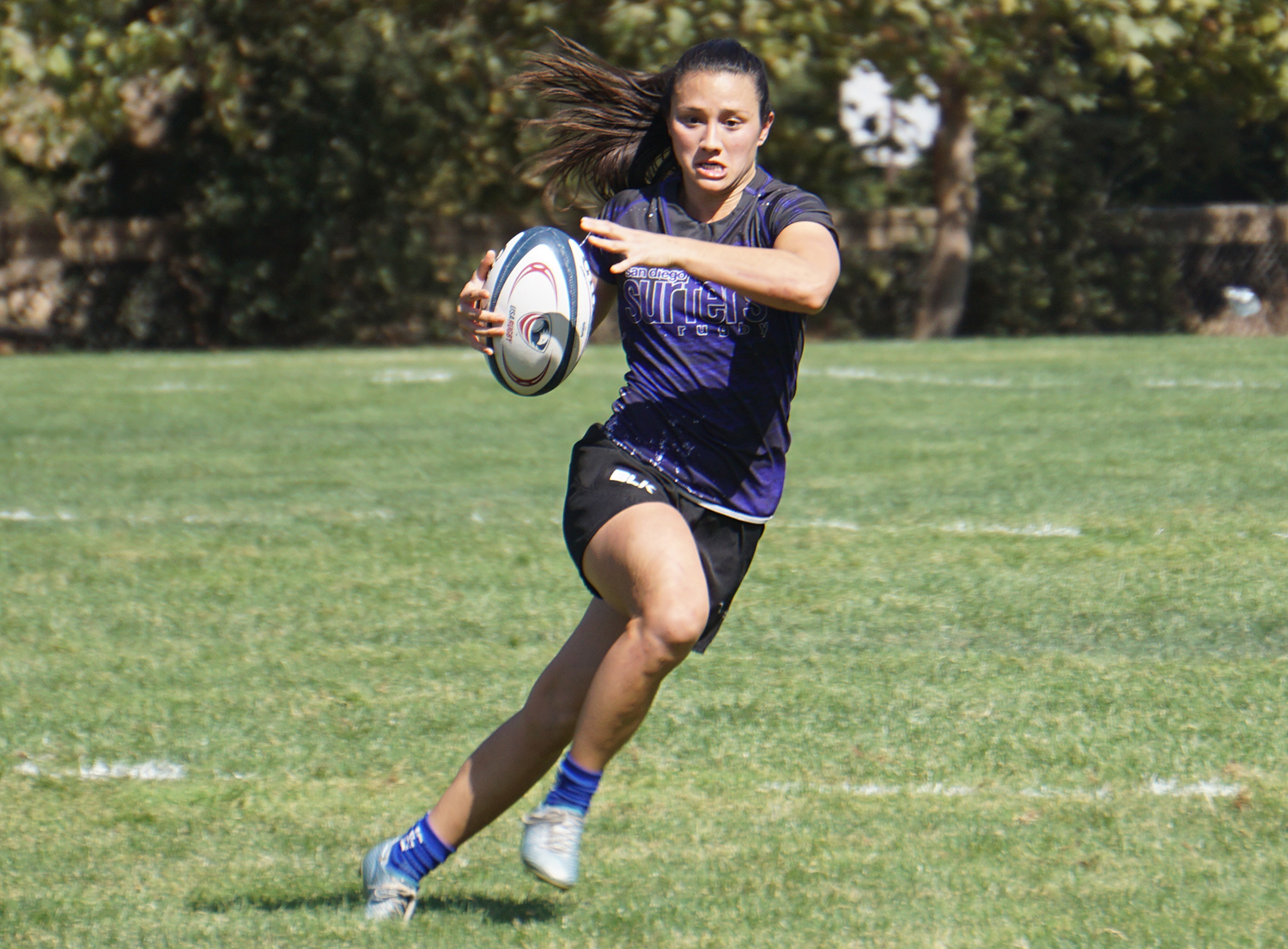 “We just allowed them too much momentum in their forwards, and their backs move around well as well. They scored 19 unanswered points and put up under the pump a little,” Faul said as flanker Rachel Johnson (2) and wing Kimberly Law scored and Emma Richie converted. “We were making a lot of fundamental errors. Our passes weren’t going to hand and we weren’t taking opportunities to score out wide. We missed some tackles, too, and needed to close down that space better. We allowed them too much room for go-forward.”

Faul indicated that ORSU owned the middle 40 minutes of the match, but San Diego stepped it up in the final 20. The team is a little light depth-wise in the forwards this year, but captain Pankey and No. 8 Kate Zackary (who is an assistant coach alongside Jam Reinhardt) came through with second-half tries, 29-19. The coach was also pleased with the performances of San Diego newcomers Tiffany Tate, a wing with two years’ experience who spent the previous season in New Zealand; and 26-year-old hooker Alexa Scott, who helped New York (and scored a try) to a national championship last year and has remained a consistent force in the front row.

“We weren’t really satisfied with our performance over the weekend and will have to step it up against Berkeley this weekend,” Faul said of the only team to beat the Surfers so far. “We know that will be a tough encounter and will need a good week of preparation. We just need to focus on the positives and move forward.” 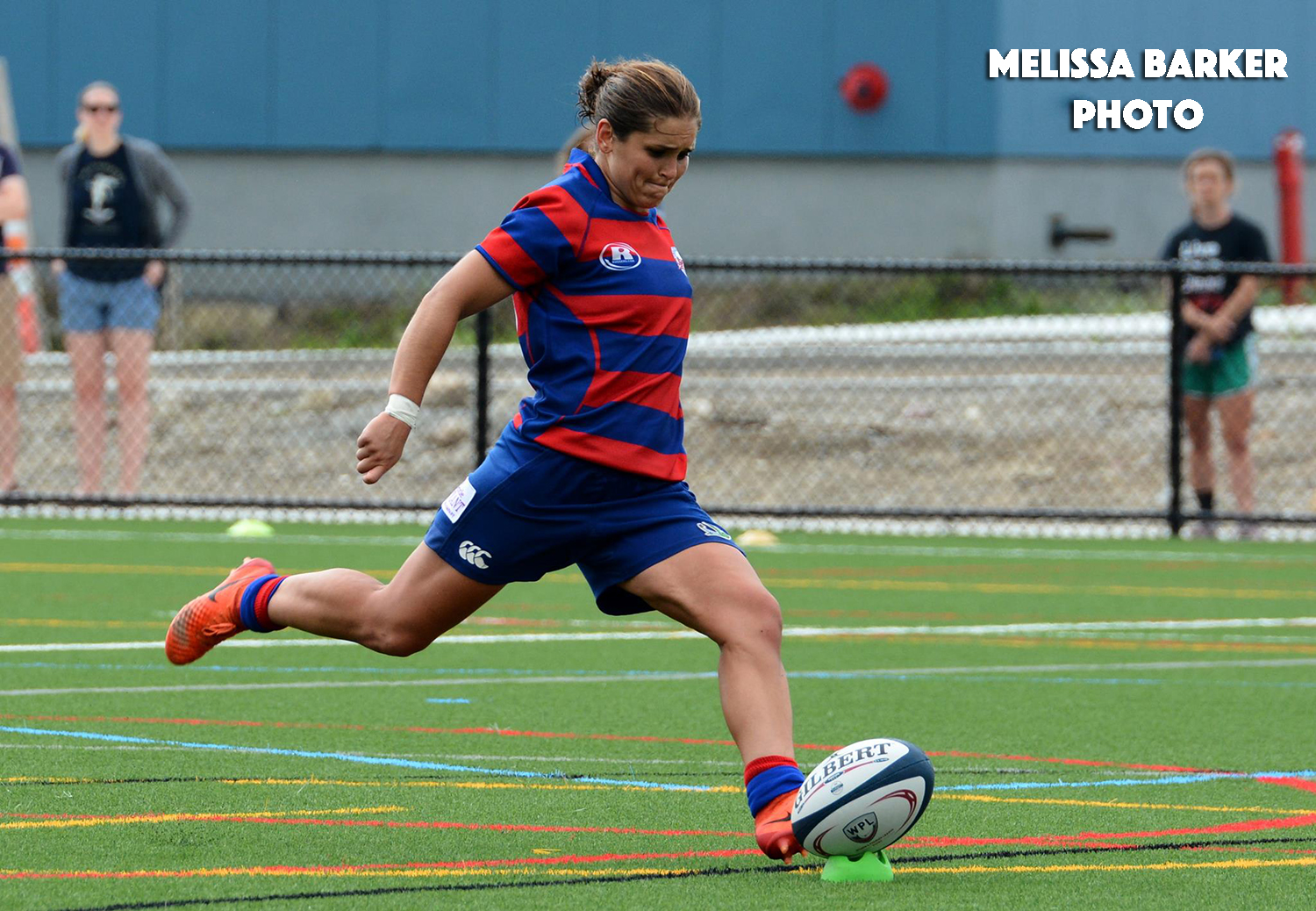 Beantown (3-0-1) is certainly enjoying positive momentum after traveling to New York (2-2) for a 33-30 win over the defending national champion. The Boston squad is now four points ahead in the Red Conference standings, followed by Atlanta (2-2).

“We went into the match knowing it would be a huge challenge – New York is always a really tough, physical opponent and they don’t let up,” Beantown co-captain Tatjana Toeldte explained. “Conditions were also a challenge with the heat, and we came out really proud of how everyone played hard all game long, lots of persistence and grit across the board.”

The teams traded the first-half lead. Beantown went up first through flyhalf Miranda Wakimoto and inside center Kimber Rozier’s conversion, and then New York answered through No. 8 Misha Green and wing Sarah Levy, 10-7 New York. Rozier converted her own try, and then wing Tiana Granby scored her first points of the WPL season, 15-14 to New York. 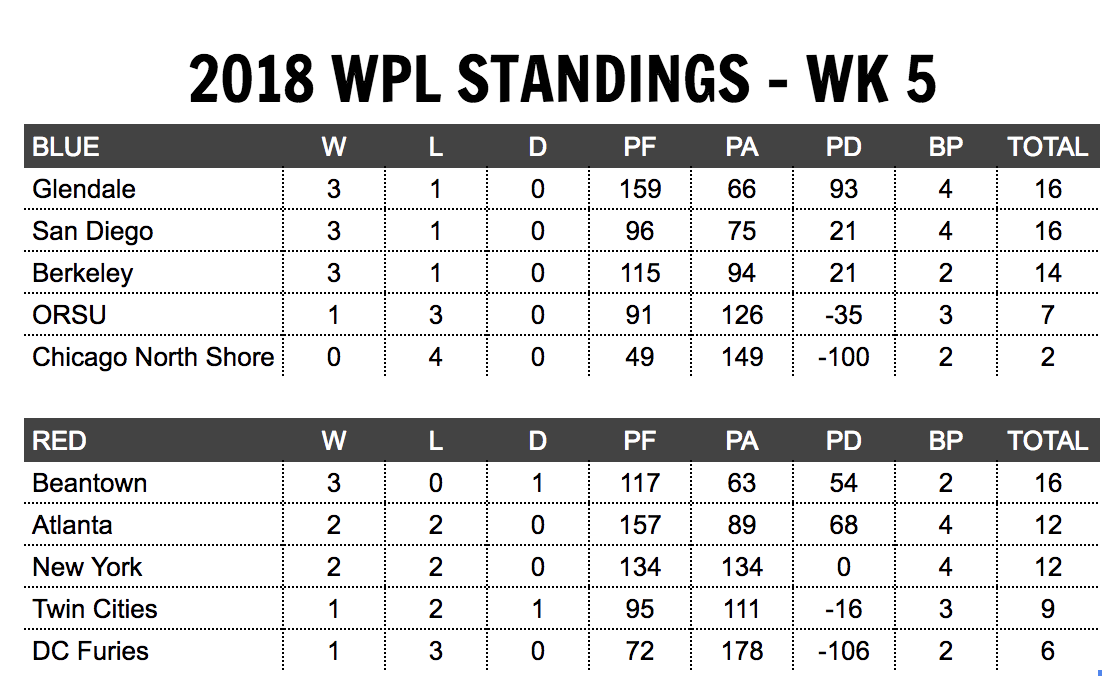 The exchange continued in the second stanza, this time in two-try sets. Beantown went up 28-15 after locks Stacey Bridges and Clare Akauma scored and Rozier knocked over the extras. New York’s Levy and fullback Jenn Salomon then scored within minutes of each other (28-25), and then fullback Kelli Smith dotted down the game-winner, 33-25. New York actually scored more tries than Beantown, as lock Alycia Washington closed out the game with the final five-pointer, but with no conversions completed, Beantown banked the 33-30 win.

“We were back-and-forth in the first half. Beantown came out hard in the second, scoring two consecutive tries due to our lack of discipline in our defensive shape,” New York co-captain Jenn Salomon added. “We weren’t able to capitalize on the early try opportunities until the final 15 minutes. Discipline in the details, composure in chaos, and continuity is a focus moving forward.”

“We came in with the belief that if we worked our system and held on to possession, we’d be able to create opportunities,” outside center Toeldte reflected. “Everyone put in so much effort on defense, and then worked hard to capitalize on those opportunities when we turned the ball over.”

Toeldte was effusive in the praise for the reserves off the bench. Five players came on and lifted the energy so the team could finish out the match.

“It was a battle all the way through to the final whistle, and we’re really proud of how we stepped up and didn’t back down,” Toeldte added.

“It’s always tough to lose a game like that, especially in the last moments; however, those are the types of games we want: challenging, hard-fought games,” Salomon concluded. “It will only help us in the long run so it’s a step in the right direction nonetheless.”

New York, like ORSU, logged two standings points with the high-scoring, close loss, and sits in third in the Red Conference on point differential. New York and Beantown will close out their regular seasons against each other on Oct. 21 in Boston.

Read the full WPL weekend recap here, as provided by The Rugby Breakdown.