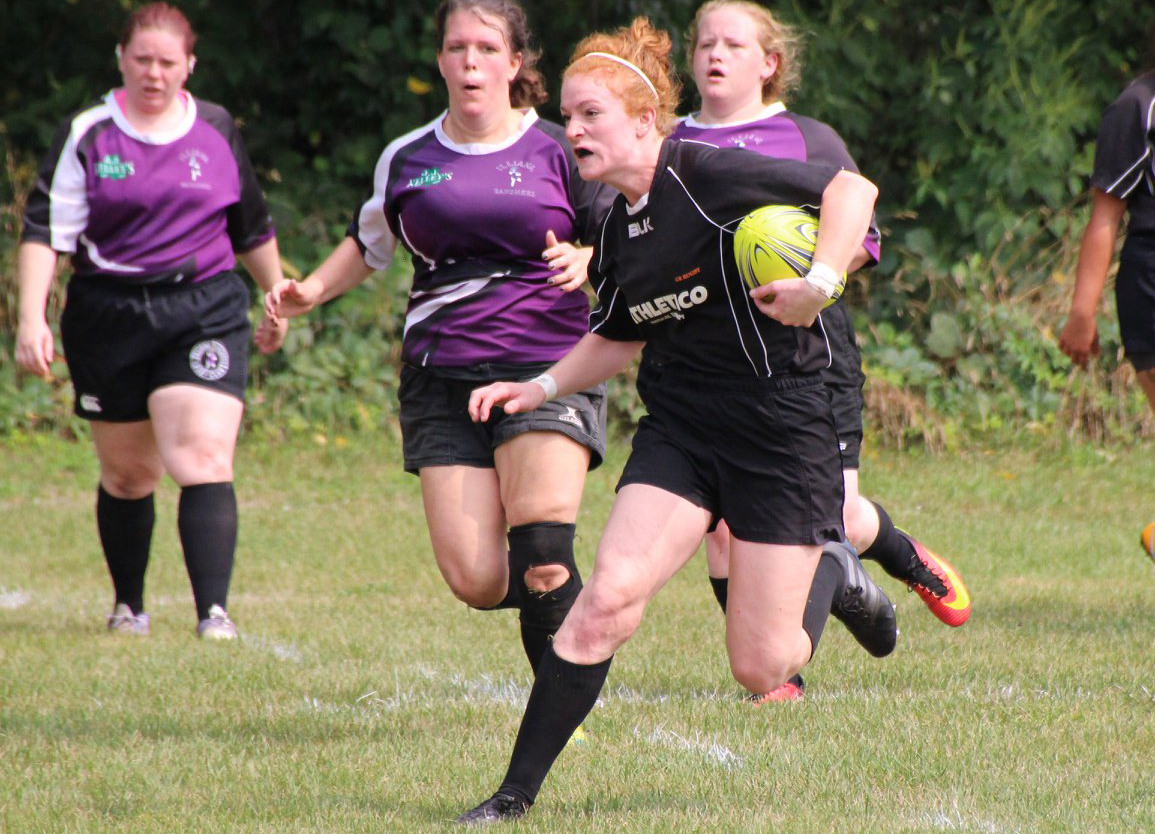 Akin to last year, Grand Rapids and the Chicago Sirens lead the Midwest West Gold by a large margin. Their pool mates are either young and still building numbers and experience, or falling off, and the result is unpredictability competition wise for the fall. But they do have each other, and last weekend they were rewarded with a 12-10 thriller.

Former West Gold teams County Will Morrigans (West Green) and Fort Wayne (DIII) departed for different competitions, and Rockford and Fox Valley have forfeited matches in West Gold this season and last. Illiana has the numbers but has posted big losses to both Grand Rapids and Chicago Sirens.

[Editor’s note: For those unfamiliar with the Midwest DII league, there are four competitions: two in the East, two in West. Those East and West divisions are further separated into Green and Gold pools, so from east to west, it’s: East Gold, East Green, West Gold, West Green. Click the individual links to see the teams, standings and schedule.]

“The schedule says 8, 9, 10 games, but we never know what we have,” said Grand Rapids communications director Cassie Clark. “Fox Valley is trying hard, and then have the numbers for home games, but they can’t travel. This weekend we actually have a big annual breast cancer awareness game to raise a ton of money for the local community, but Rockford has just canceled on us and we’re scrambling for a replacement so we can hold the event. It’s been a crapshoot the last year and a half.” 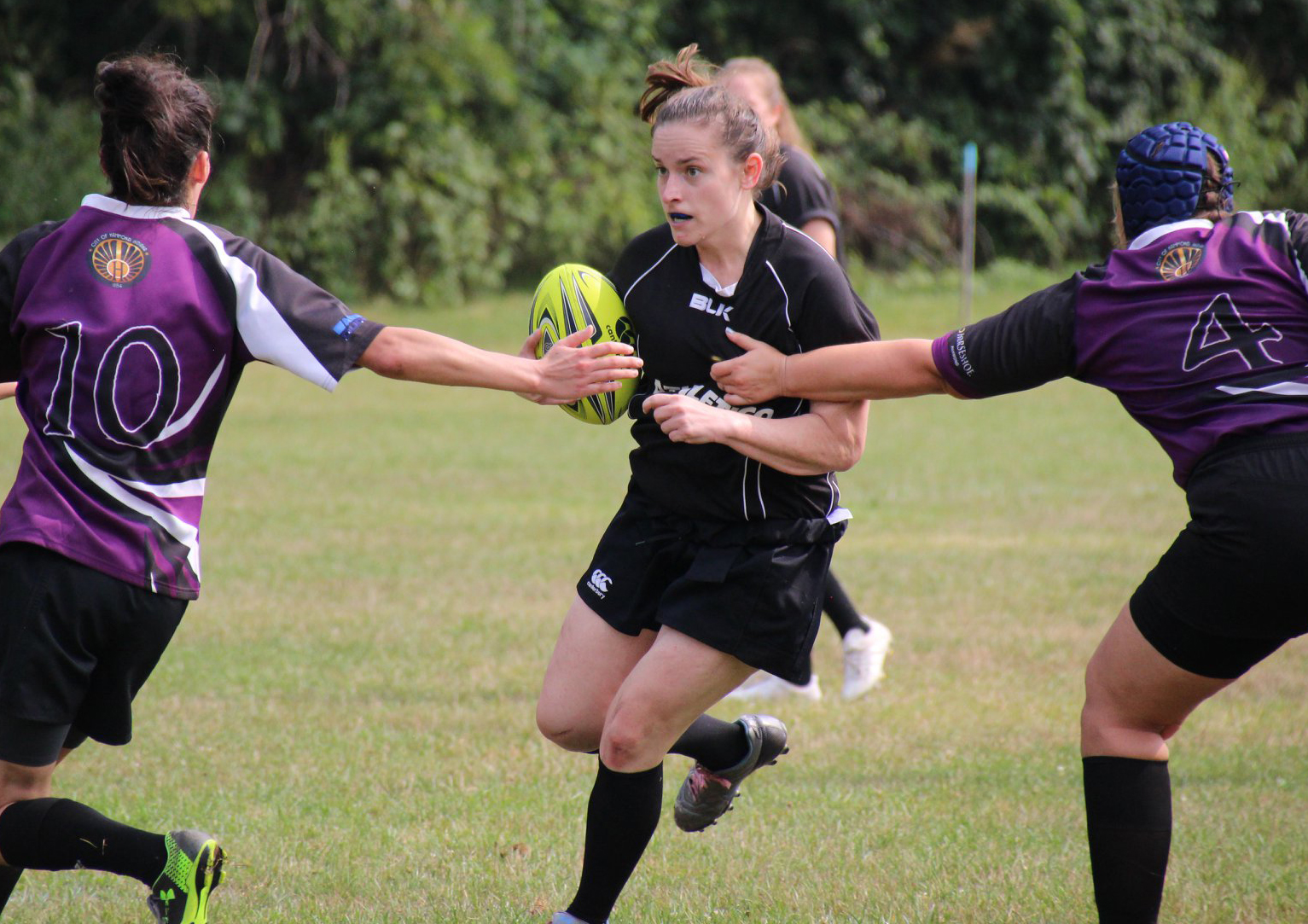 Clark also pointed to the Chicago Lions, which launched its first 15s team this year and competes in the DII Midwest West Green.

“I’m all for the growth of the game, but they pulled a lot of people from the Chicago area, and it came at the detriment of teams like the Sirens and Rockford,” Clark said. “It’s hard because there’s looser commitment at the DII level, depending on where you go. Everyone’s just doing the best they can.

“But the same thing happened at Davenport [University],” the former Panther countered. “Some of the smaller colleges in that area took a little hit [with players transferring] but they regrouped and recovered, and now there’s a thriving powerhouse in the middle of the Midwest. It’s just growing pains.” 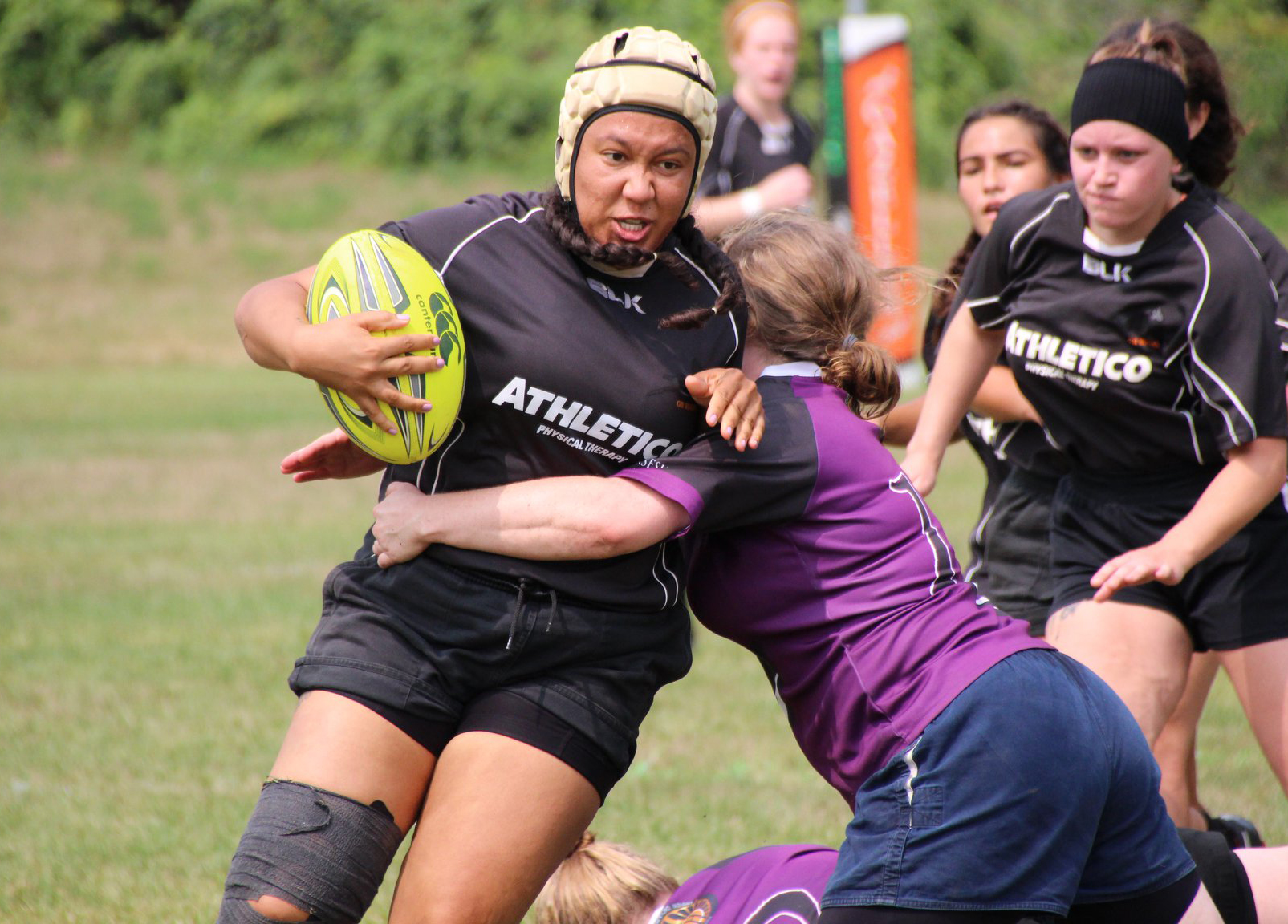 Grand Rapids got ahead of this season and for the first time hired a coach who wasn’t actually a player/coach or an injured teammate waiting to return. With Dani Harris (Ferris State, Glendale) at the helm, the team rallied around recruitment and built some internal momentum for the season.

“It’s crazy what you can do with a little organization, talent and hard work. People are coming to practice and on game day you can see it,” Clark said.

Grand Rapids beat Illiana 106-0 on August 18 and 76-5 more than a month later. In between, Rockford and Fox Valley forfeited games. That gap in play was frustrating, and the team used the time to get a feel for its new self, which was missing several key members due to injury. Captains Maggie Doyle and Lizzie Randall led the way, and they were crucial to last weekend’s match against the Sirens. 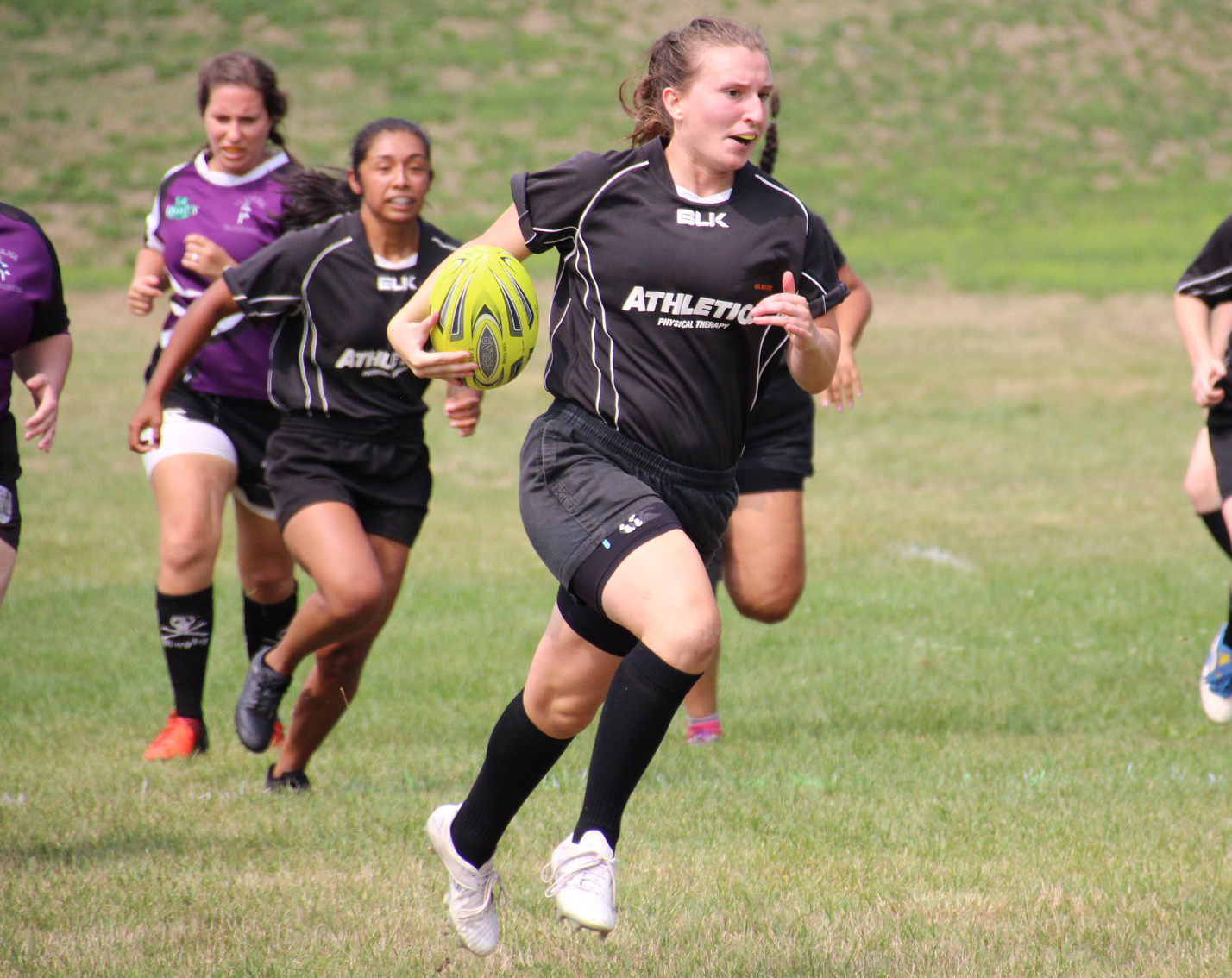 “Lizzie is completely new to us,” Clark said of the Grand Valley State graduate. “She’s been the facilitator in the back line and has a crazy good boot. She’s a nice, hard runner, sets people up to score. She commanded the back line against Chicago, which is solid from 9-14. With her and Tess Armstrong working in the back line, it’s a scary combination.”

Clark also praised Rachel Saunders, another strong runner who doesn’t take, ‘no,’ for an answer on either side of the ball; Lyndsey Bensel, who had a great game last weekend and was busy cleaning out every ruck; and Emma Rust, a newcomer who played No. 8 on Saturday and did phenomenally well.

Grand Rapids got the game it was looking for and beat the Chicago Sirens 12-10 at home. The rematch will occur on Oct. 27 in Chicago. Clark expects a third match in the playoffs. 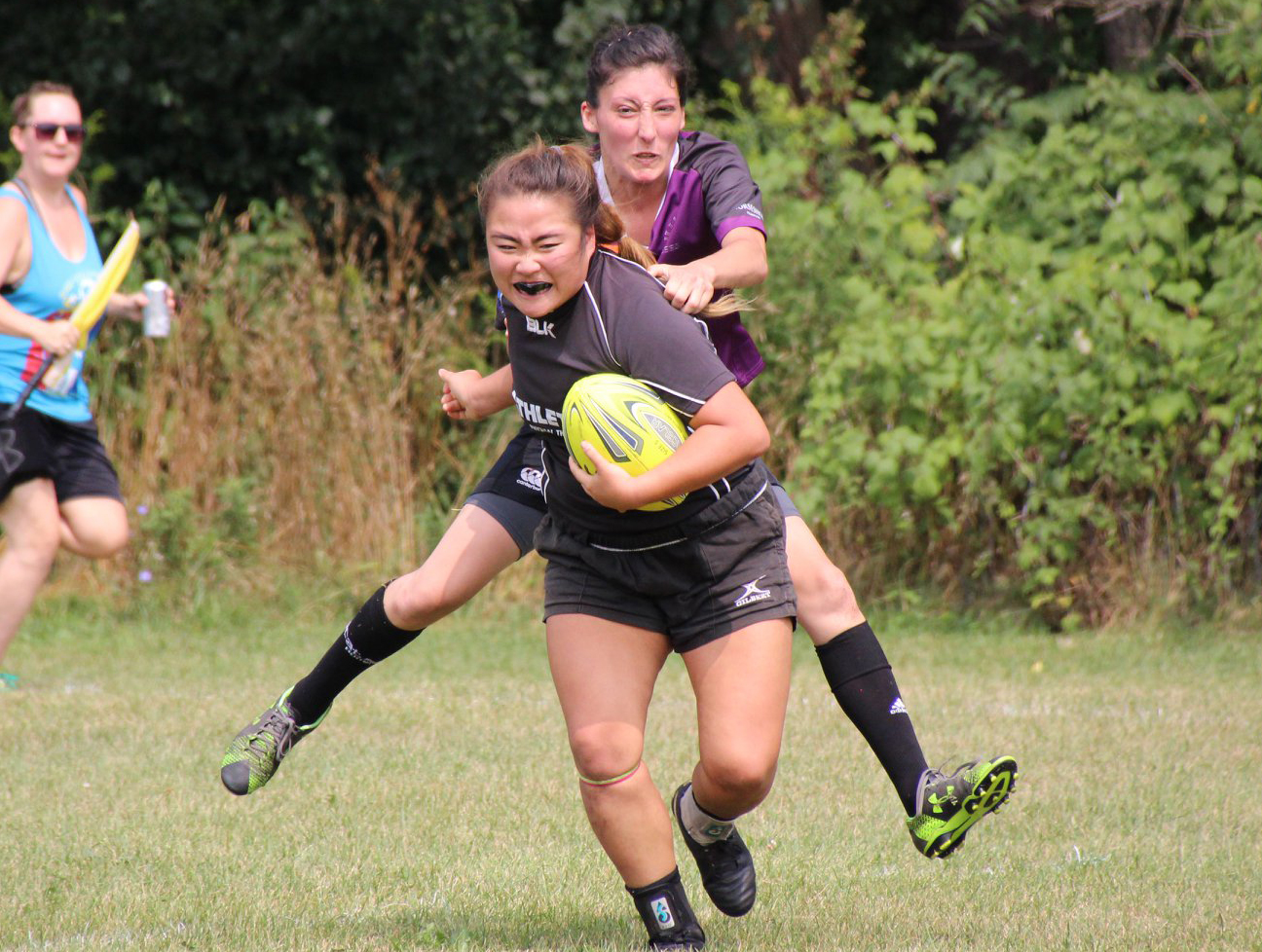 “You can practice constantly, teach new people things over and over, but competition is different,” Clark said. “When you’re on the field playing against different schemes, whether on offense or defense, certain things finally click with people. Having in-game experience, it propels you forward. Not having competition doesn’t help us in any way.”

Clark explained that the eBoard does a lot of work to keep players engaged and growth minded.

“It’s difficult to get excited for a season when you know you might get four instead of eight games, but we suspected that might be the case this year. We got a coach and got more commitment from the players, so we could build a more positive mentality than last year,” Clark said. “It’s hard to rally but we have tough girls who are looking forward to the end of the season and playoffs.”