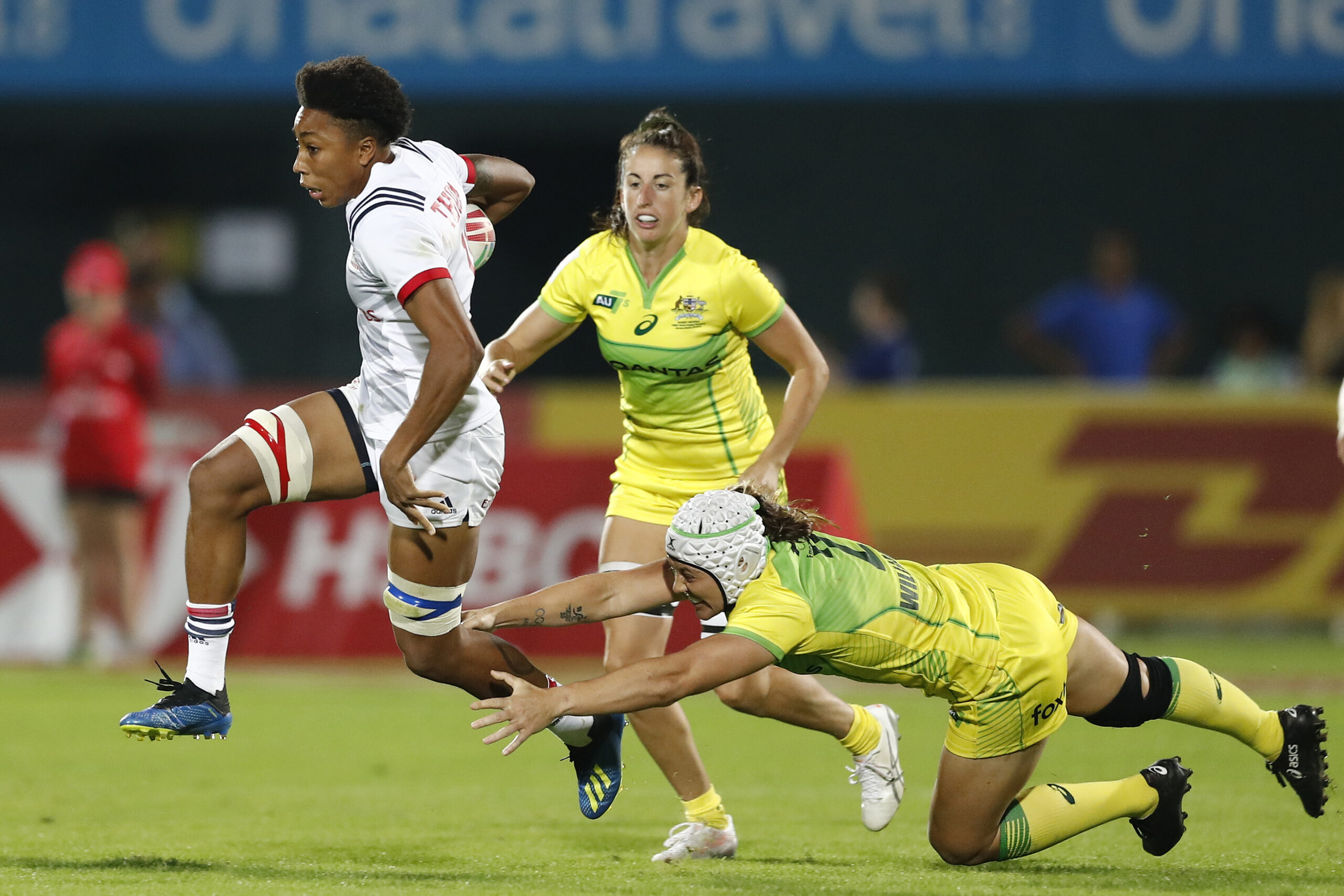 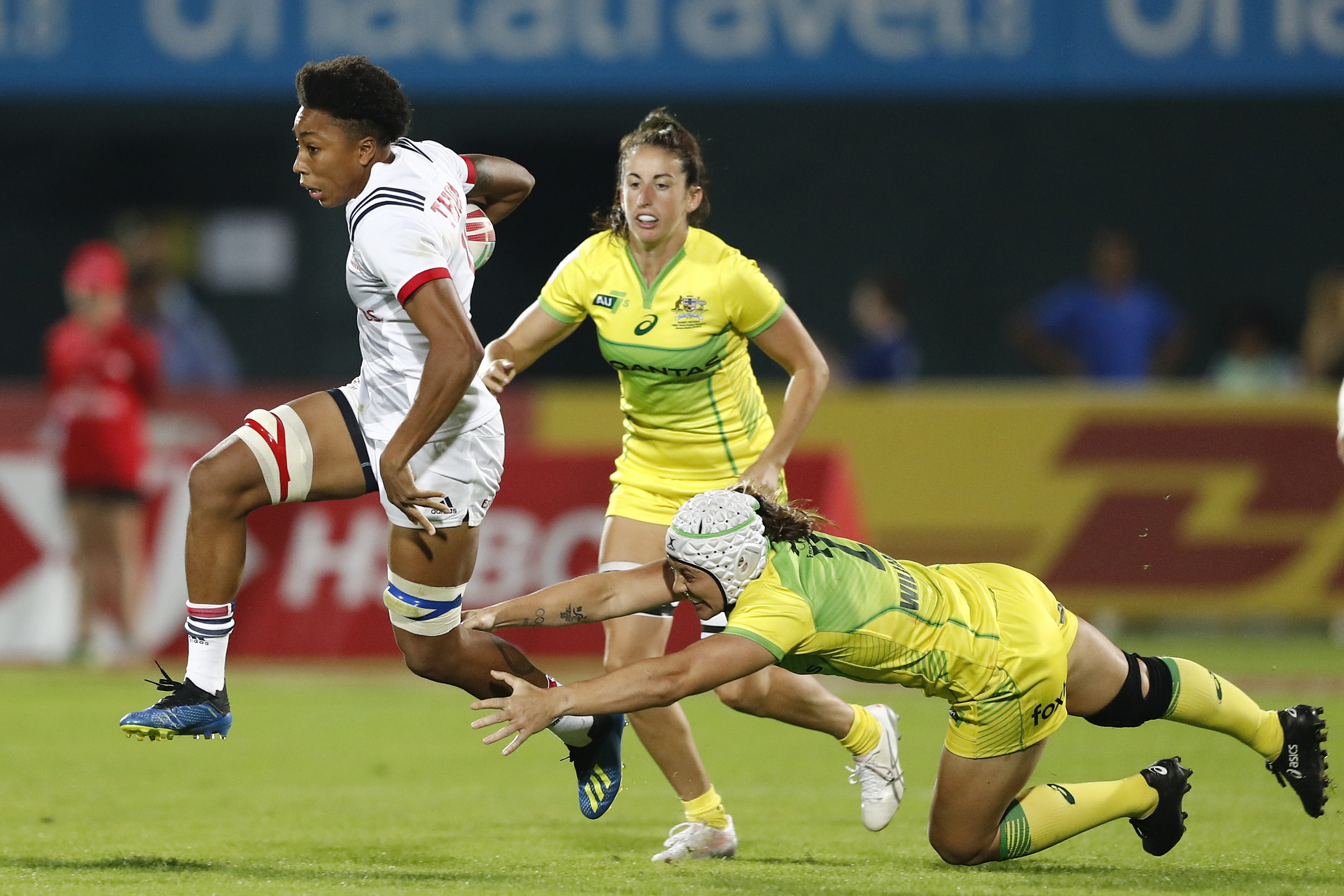 The USA finished day one of the Dubai 7s – the second stop on the HSBC World Rugby Women’s Sevens Series (WSS) – with a 2-1 record and berth to the Cup quarterfinals. The Eagles will play France on Friday, Nov. 30 at 12:22 a.m.

Traditionally Dubai has been a tough tournament for the Eagles, but that Glendale runout just over a month ago saw the USA ready to run. The team started with a 31-0 win over China, as Cheta Emba (2), Abby Gustaitis, Kristen Thomas and Ilona Maher all dotted down, and Alev Kelter kicked three conversions. Read USA Rugby’s full report.

The Eagles carried that momentum into round two against England, which had defeated Australia 26-10 in its Dubai opener. Emba collected a third try this tournament, and Abbie Brown answered. Nicole Heavirland and Holly Aitchison slotted their teams’ respective conversions for the 7-7 tie into the break. Power incarnate Naya Tapper finished off a hard-worked team try in the corner, 12-7 with three minutes to play. But then a cruel ending, reminiscent of the teams’ Glendale meeting, saw impact sub Amy Hardy Wilson score at the end of the match, and Natasha Hunt’s conversion afforded England the 14-12 win. Read USA Rugby’s full report.

USA and Australia entered their final pool game at 1-1, and the Eagles waited approximately 5 seconds to make its intentions known. Thomas gathered the opening kickoff and returned for a try converted by Heavirland, 7-0. It took the rest of the half, but Australia put its pacey game into play for a try at the halftime buzzer, 7-all.

In a matter of minutes, the USA led 17-7. Maher scored the first of two tries after wrapping around a tied-up Heavirland for a long-range sprint and score. The second try started with a lovely Kelter restart and a high-flying Emba to secure the ball, which moved quickly to Maher out wide for the try.

But then Joanne Fa’avesi was yellow-carded for a high tackle and Australia made quick work of the extra space, sending Ellia Green and Lily Dick in for tries. The conversion tied it up 17-all, and there was time for one more restart.

The USA controlled the restart but eventually lost possession and it was Australia that went on the attack near midfield. Alena Olsen wrapped up Evania Pelite and Emba charged in to help. Australia let Pelite fend for herself and Emba just ripped the ball away, turned past a stunned defense and sprinted down the pitch for the winning try, 22-17. Read USA Rugby’s full report.

The USA finished second in Pool B and will face Pool C’s runner-up, France, in the Cup quarterfinals. England and Australia also advanced to the Round of 8, and will play each other on the opposite of the bracket.