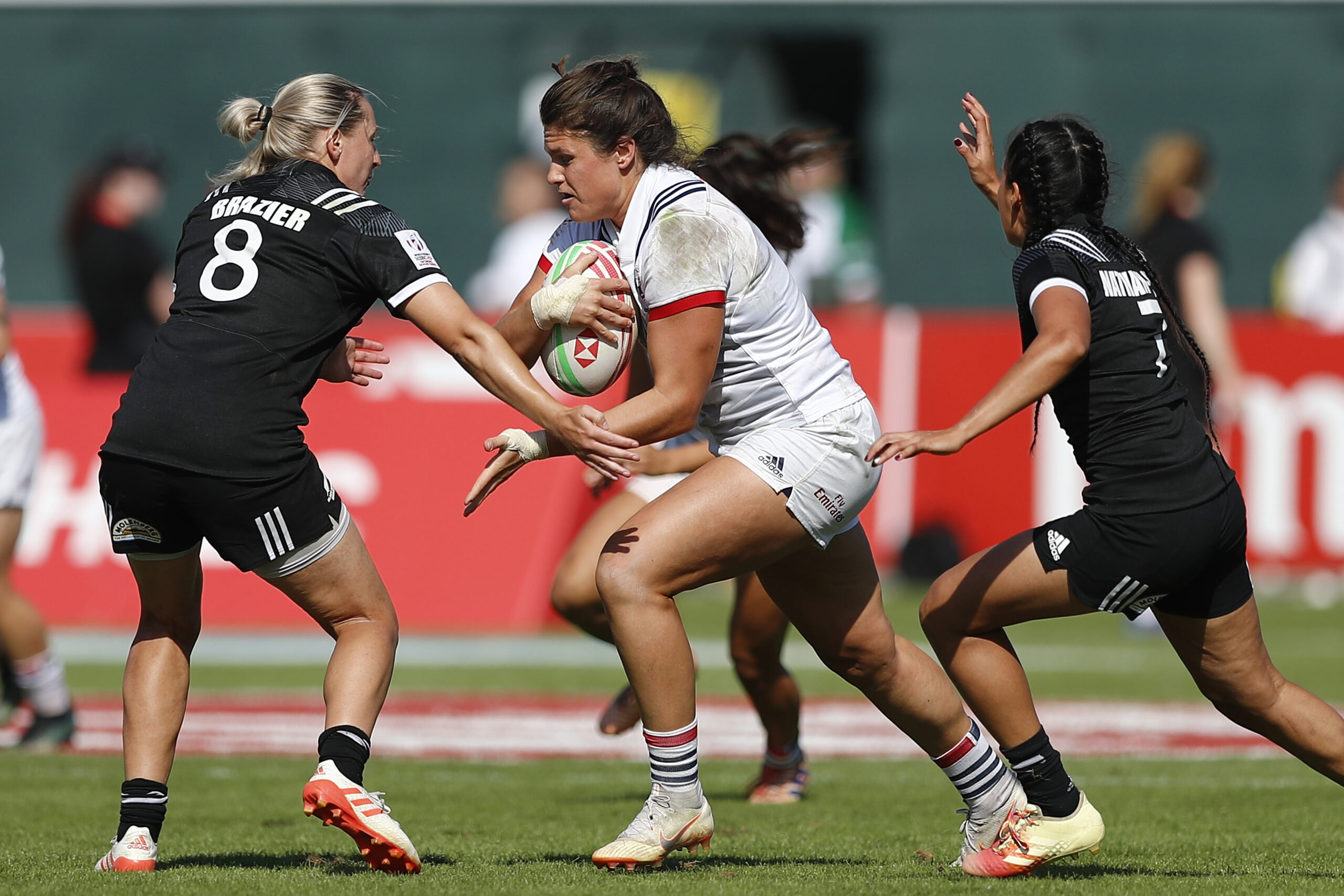 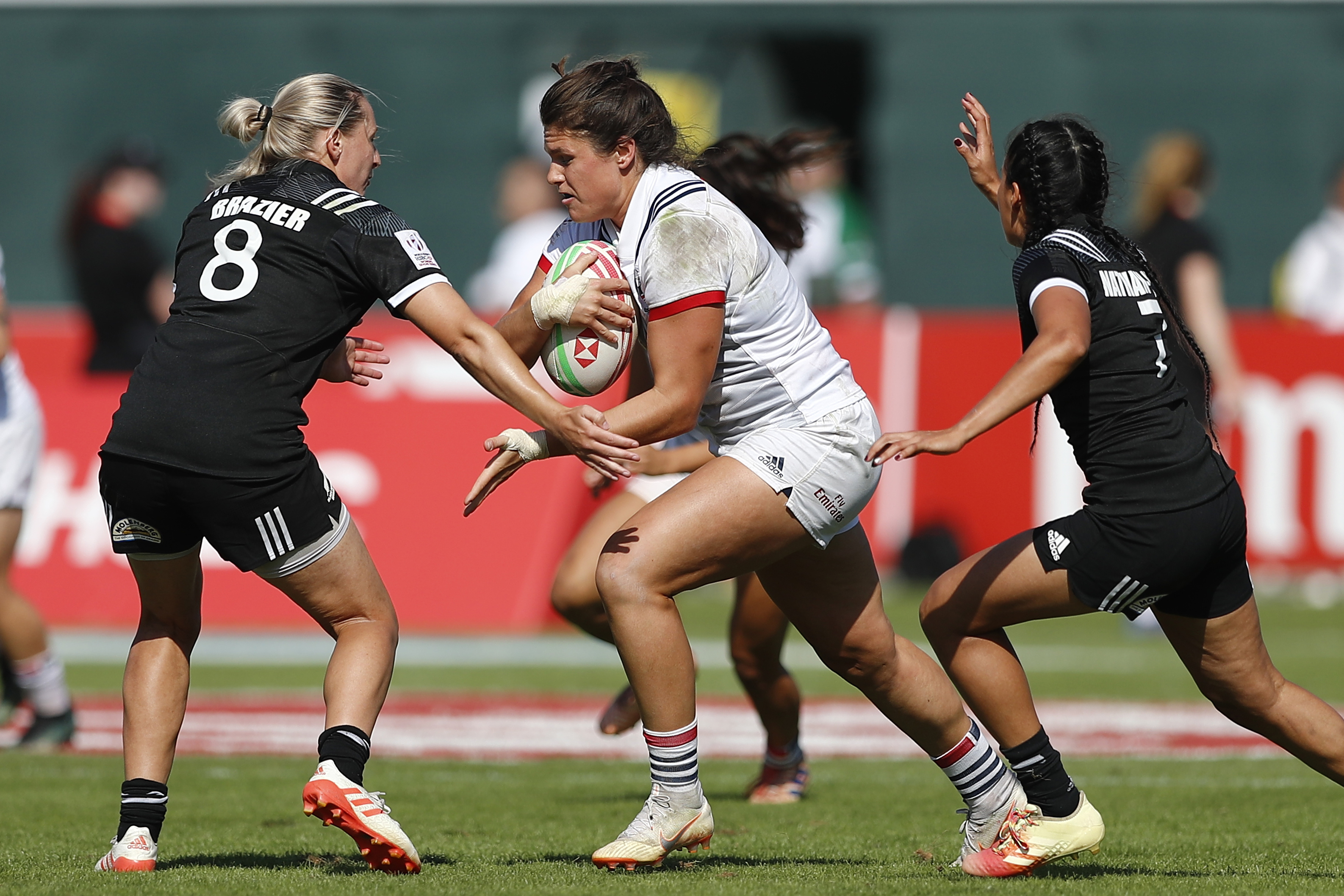 The USA finished the Dubai 7s in fourth place, dropping its Cup semifinal to New Zealand and 3rd-place match to Australia. The Eagles collected 14 standings points in the outing and currently sit in third in the HSBC World Rugby Women’s Sevens Series (WSS).

World Rugby Women’s 7s Player of the Year Michaela Blyde scored a hat trick in New Zealand’s 22-0 Cup semifinal win over the USA. In Dubai, Blyde crossed that 100-try threshold, becoming the fifth woman in history to do so, and ended the tournament with seven overall. New Zealand went on to win its second-straight ’18-’19 WSS tournament, defeating Canada 24-16 in the final. Read USA Rugby’s full report.

Meanwhile, USA and Australia saw each other for the second time in the desert, this time for 3rd place. As expected, the teams delivered another tense contest, but this time it was the Eagles that erred in the waning moments. Back-to-back yellow cards saw the Americans play 5-on-7, and while it was impressive how the Eagles held on with such a disadvantage, Australia is too good to not take advantage. Lily Dick scored the tie-breaking try for the 26-21 win. Read USA Rugby’s full report.

The WSS takes a two-month break before resuming in early February for the Sydney 7s.