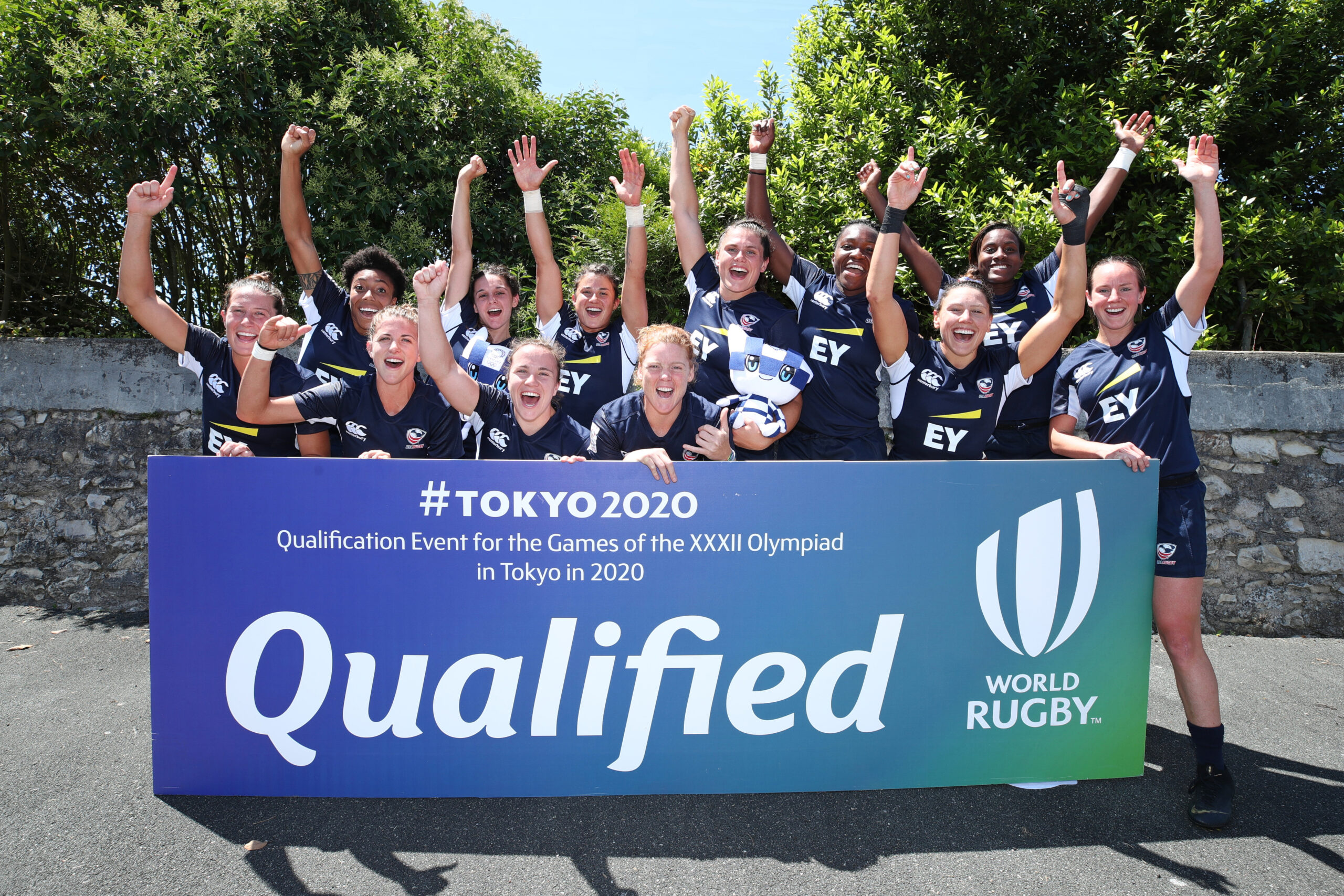 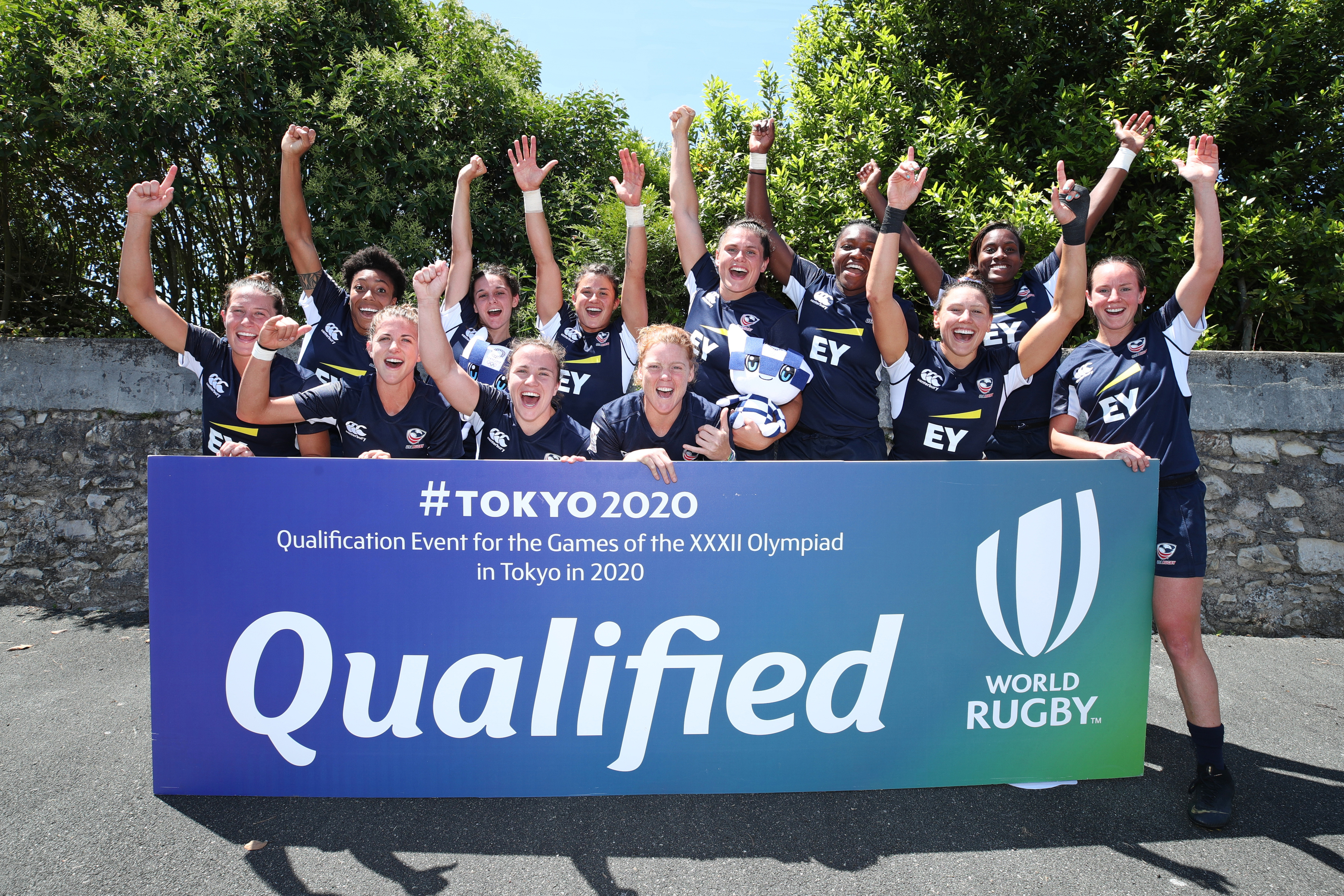 The USA is heading to the 2020 Olympics and does so after defeating China 36-5 in the opening round of the HSBC World Rugby Women’s Sevens Series in Biarritz, France. The Eagles needed just one standings point to clinch a top-four spot, and thus automatically qualify for the quadrennial event. Even if the USA loses every other game this tournament, the team is heading to Tokyo.

The USA dictated the majority of the match, but not immediately. The Eagles’ opening kickoff did not go 10 and China made good use of the early possession. A few thumping tackles at midfield didn’t dampen China and Keyi Chen eventually slipped past Cheta Emba’s outstretched arms for the 50m try.

The rest of the half belonged to the Americans, and China aided the momentum shift by completing just 20 percent of its tackles. The restart hit the ground and rolled to touch but a lovely lineout inside the USA’s 22 worked to Ilona Maher in the center position. She charged forward her in her now recognizable chin-down fashion, drew two defenders and got the offload to Naya Tapper. The wing pushed off Keyi Chen and beat Ling Chen in the long-range sprint, 5-5.

China mishandled the restart and Kristen Thomas calmly kicked through the mark before bursting through a little gap in the defense for the individual try that Nicole Heavirland converted, 12-5. The Eagles challenged the subsequent kickoff but a knock-on allowed China to reset inside its 40. But some confusion in open play took the game to ground and Heavirland quickly got over the ball to draw a not-releasing penalty. The ball moved quickly to Thomas for the flyer’s second score of the game, 17-5. 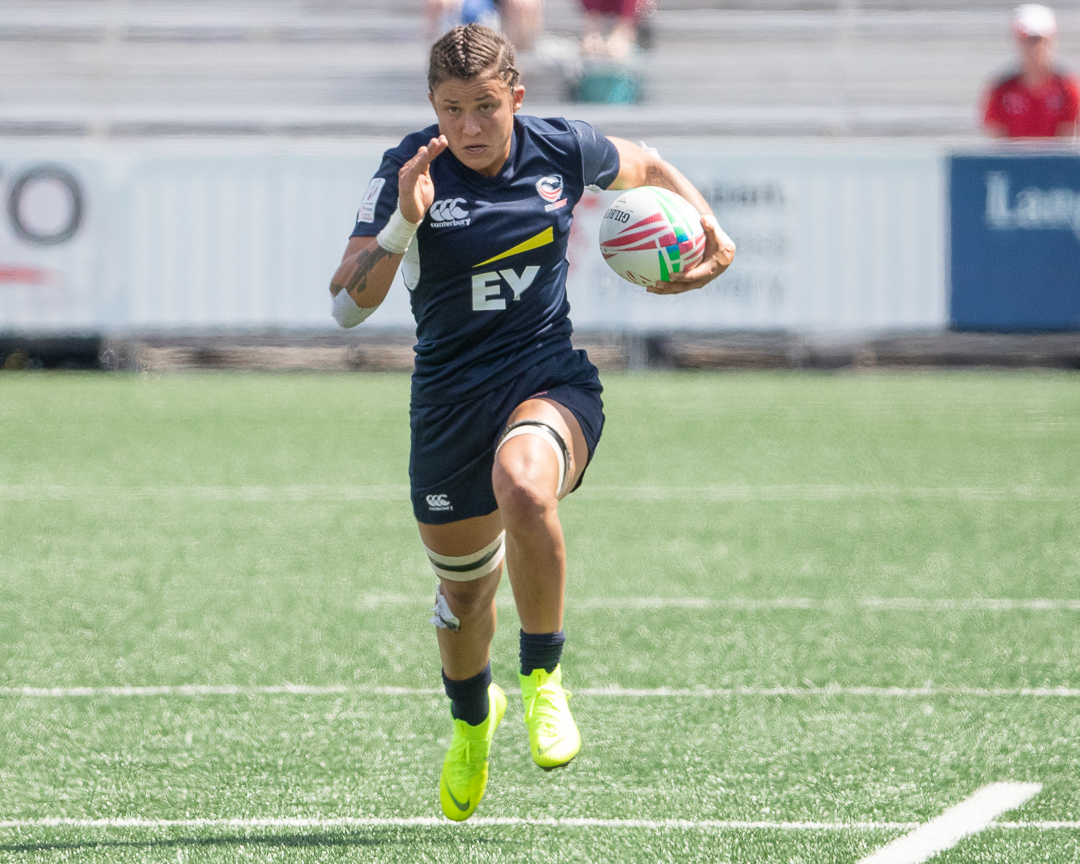 Abby Gustaitis was at the root of the fourth try of the half, making a hard tackle and then getting to her feet quickly to pressure the ruck. The ball popped out the back as China’s support was late, and Emba pounced. Brought down close to the line, Emba did well to get the offload to Maher in tight support for the try, 22-5 into the break.

Tackle confidence was no doubt a discussion point for China during halftime, but it did not improve much in the second seven. A not releasing penalty gave China an opportunity to attack in the USA’s end, but Heavirland’s pressure defense forced a knock-on and turnover. From the subsequent scrum, Lauren Doyle stepped her opposite and pulled away for a long-range try, converted by Heavirland, 29-5.

Stephanie Rovetti, who replaced Nana Fa’avesi after a minor injury, capped the scoring, taking a wide pass from Kayla Canett off the scrum and then juking back inside for a centered try, converted by Heavirland.

The Eagles will now face Fiji, which lost 29-0 to France, at 10:42 a.m. ET. All games are viewable via the World Rugby Sevens Facebook feed.

Women to Watch This Weekend