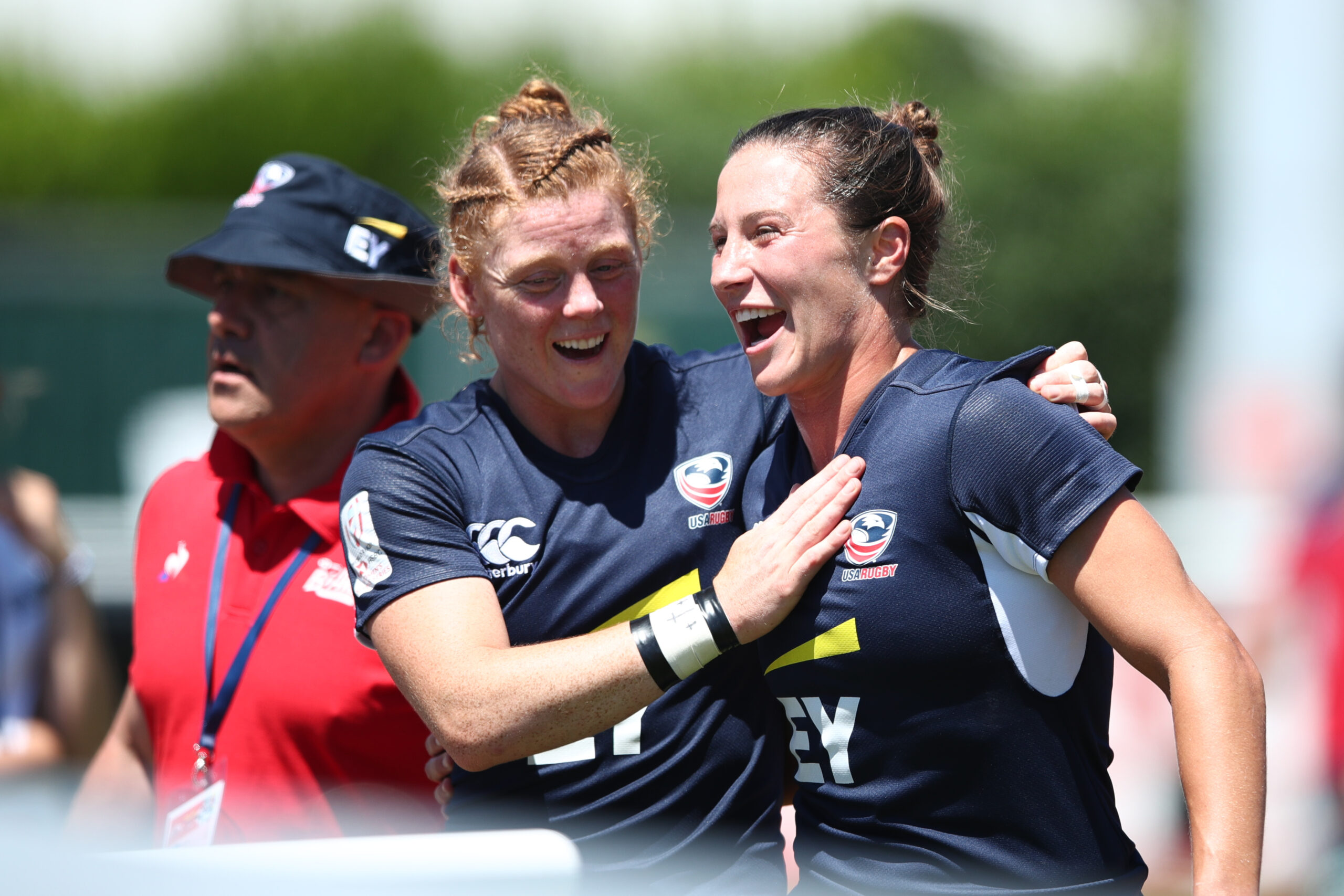 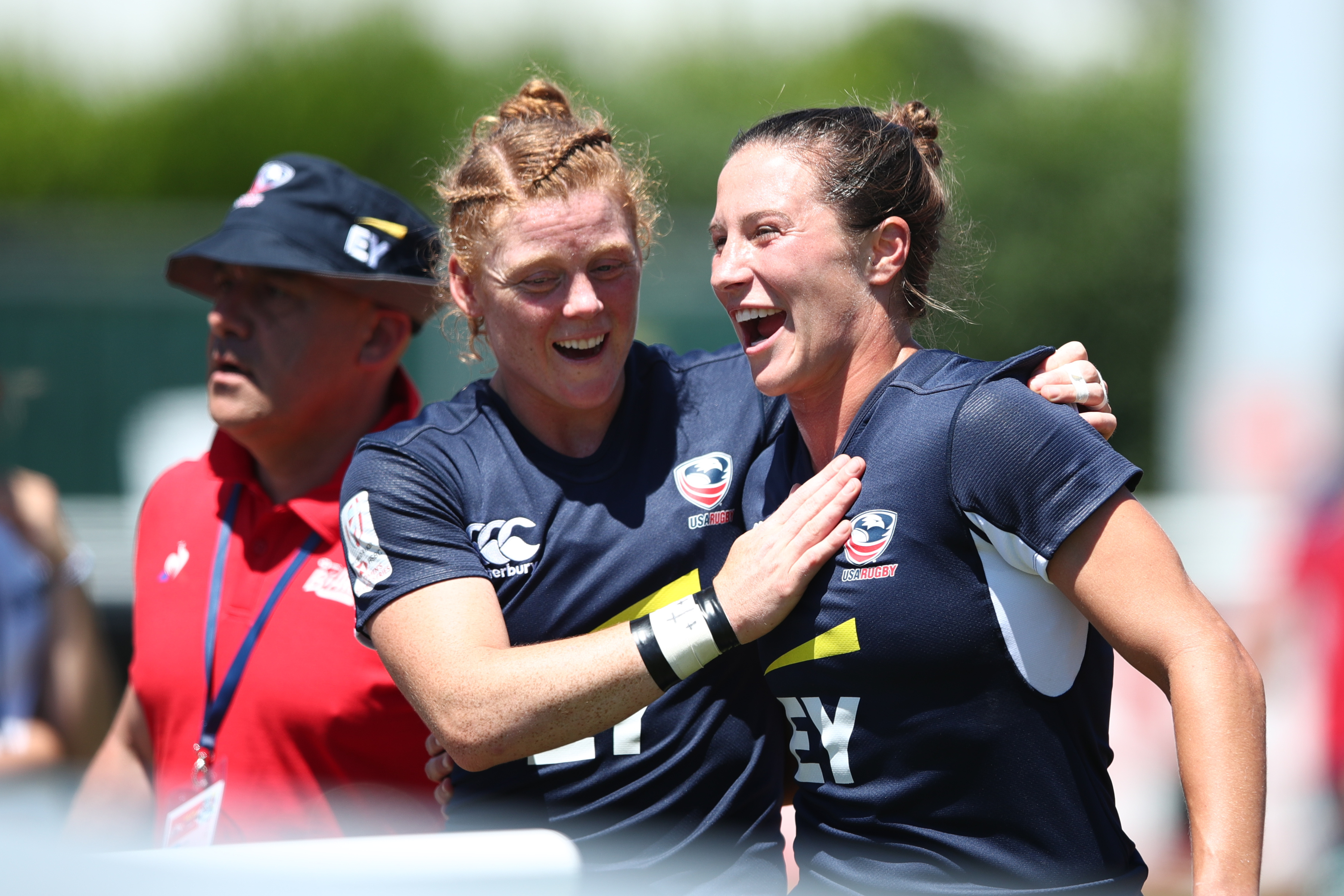 Having qualified yesterday for the Tokyo 2020 Olympic Games, walking away with one Silver, three straight Bronze, a historic Gold and another Silver to signify their World No. 2 ranking, the United States women have become one of the most formidable teams in rugby sevens. Never before has the program finished higher than fifth place, reached two Cup Finals in one season or won more than two medals of any kind in a season.

The New Zealanders took the overall World Series title, well earned, but the Americans exhibited a calm and patient finesse throughout the final match to defeat their counterparts, tie the Black Ferns Sevens overall medal count and take the Biarritz title 26-10.

Classic Alev Kelter opened the match with what would be her first of many monster runs in the match, charging forward from an offload by Naya Tapper to get an early 5-0 lead. Audiences were mesmerized when both Kelter and Tapper added two more runs on the next possession, as the Eagles Sevens remained resilient against a thorough New Zealand defense for Cheta Emba to run through the middle and score. 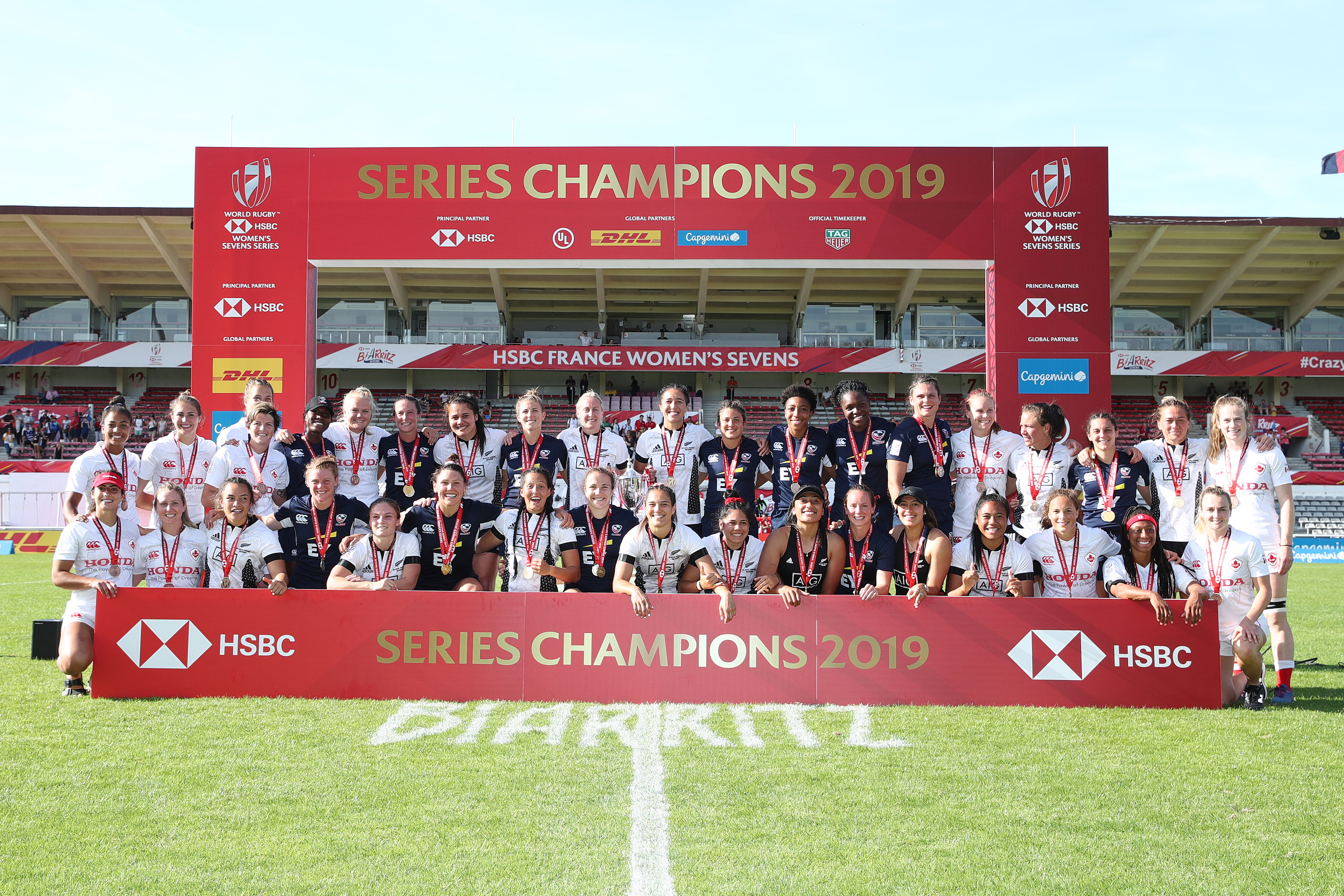 Black Ferns Sevens’ Ruby Tui finally cut the deficit in making it over the line, but not without a heroic tackle attempt by Alev Kelter which spurred the TMO to check grounding.

Where 30 seconds remained in the half, Kelter again would not be silenced. The Player of the Final broke open once more and danced passed defenders, ever so carefully keeping her feet at balance, to make it 19-5 at halftime.

As heads glanced up at the scoreboard, hinting at what U.S. coaches and players had dreamed of all season, the second half ensued. 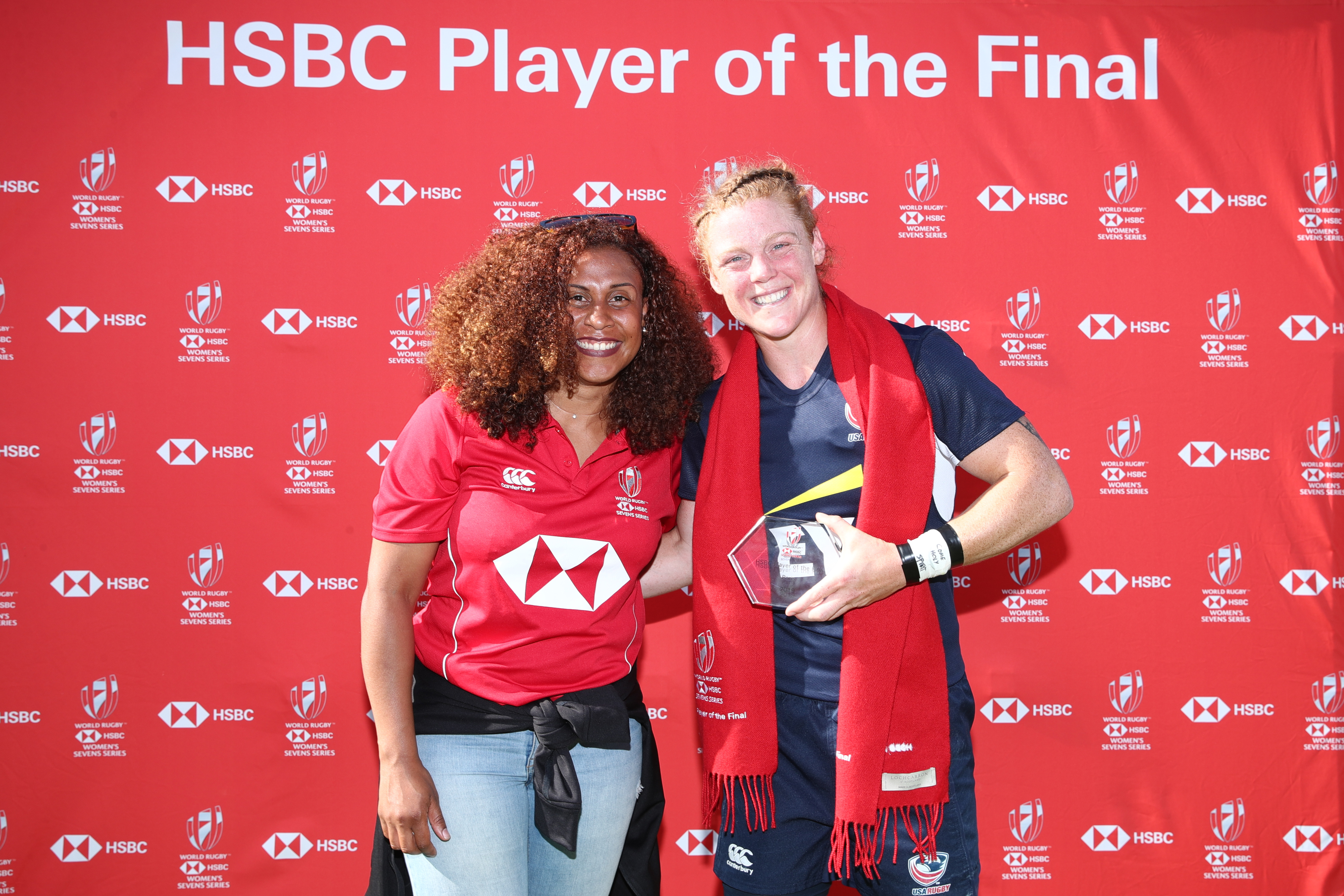 New Zealand were after it to open the half, needing momentum to favor their side for any chance of catching the scoreline. But as the United States defense were unwaveringly empowered, the Black Ferns Sevens committed one too many penalties that allowed the U.S. to capitalize.

The moment intensified when New Zealand star Michaela Blyde drew a yellow card for a forced knock on the ball. And with incredible patience in attack, USA’s Kristi Kirshe made a run on the wing and passed to Co-Captain Lauren Doyle for the 26-5 lead.

New Zealand ultimately came back to full strength with a minute remaining and managed a try off the edges but it was all too late. With the restart and a few moments to drain the clock, the USA Women’s Sevens had become France Sevens Champions. 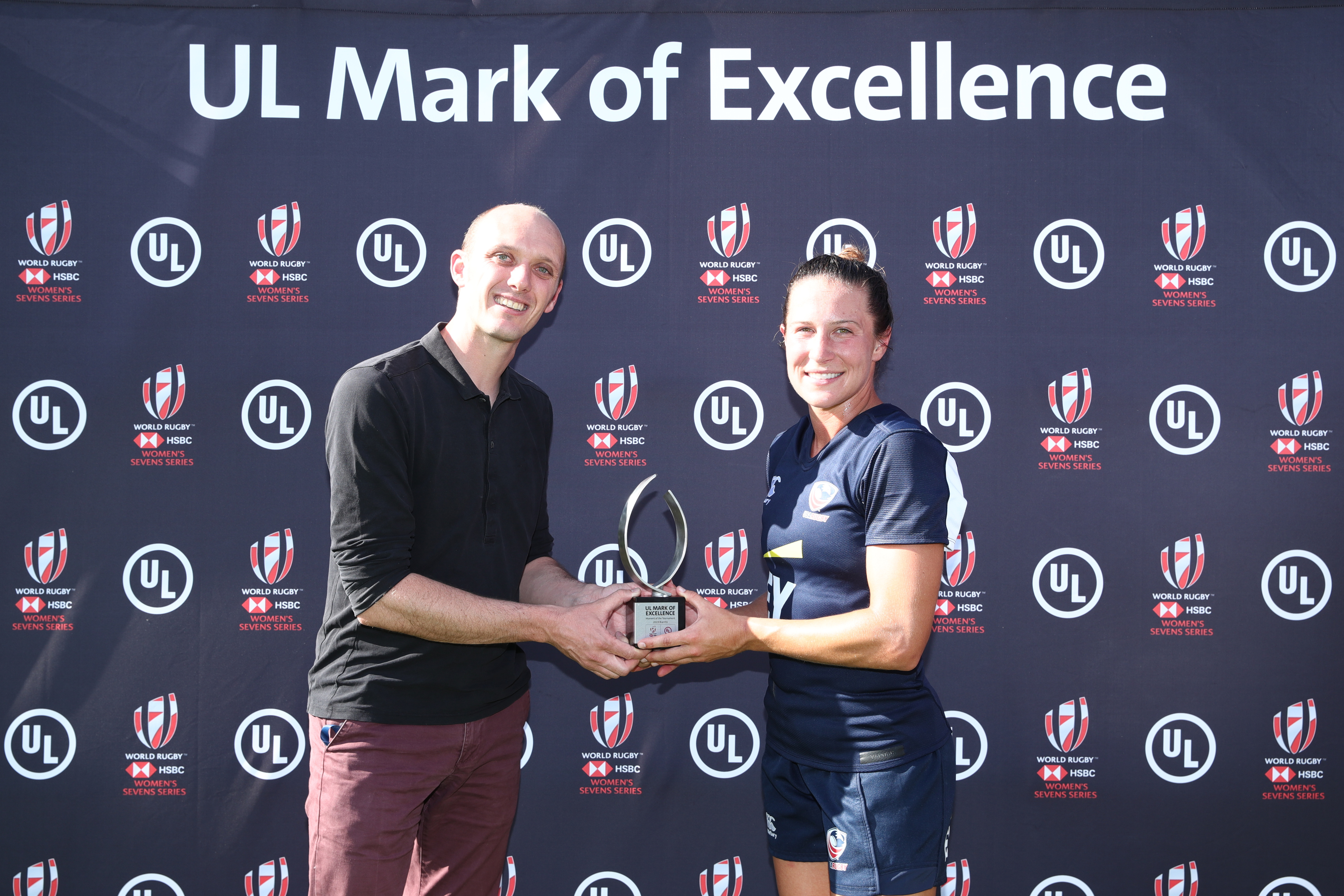 In what has all season been dictated as their most historic and successful season of all time, the United States women are now solidly ranked No. 2 in the World with everything to gain next season ahead of the Tokyo 2020 Olympic Games.

With sheer skill, determination and execution, Cheta Emba, Kris Thomas and Lauren Doyle were named to the tournament Dream Team. Doyle was also honored with the UL Mark of Excellence Award as her ability to master space, score tries and remain dynamic on both sides of the ball were critical to winning Gold.

The USA Women’s Sevens will now return home and enjoy a break before training for the PanAm Games begins.