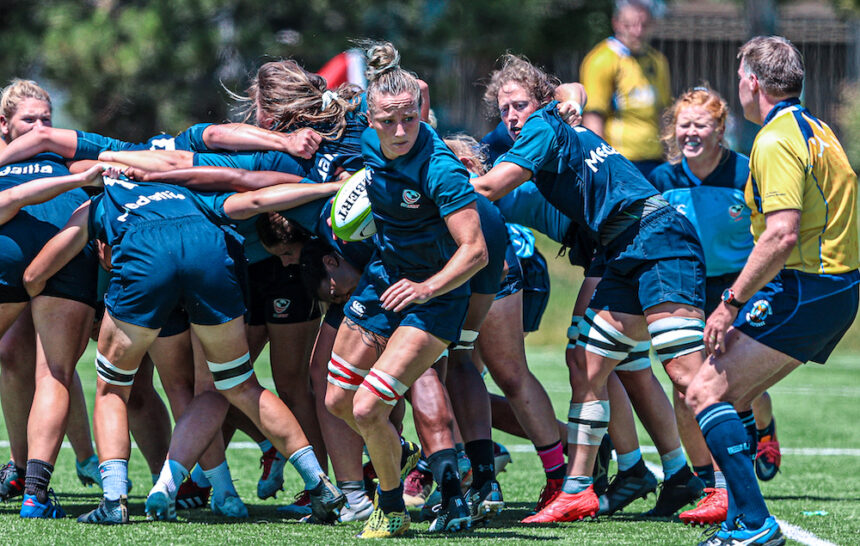 Following a successful camp and win against Wales with mostly Allianz Premier 15s players, Cain looks to keep momentum with what will be an exciting exhibition match stateside, ahead of the 2022 Women’s Premier League (WPL) season. The camp will culminate in a fixture against a WPL Selects squad on March 26 at Colorado School of Mines in Golden, Colo., at 12 p.m. MT. The game is free and open to spectators, and a live-stream may be available if feasible. USA Rugby is intently working towards providing a stream, please stay tuned for further details.

Women’s Eagles Head Coach Rob Cain commented on the USA assembly, “We can’t wait to have the players together in one spot. Each player has been working tirelessly throughout regional rugby since January and we are excited for them to have the opportunity to wear the USA Falcons jersey. We have a very exciting blend of players, many of whom have been capped and many whom we feel have an exciting future ahead of them.”

WPL Selects Head Coach Kittery Wagner Ruiz added, “The number of athletes that put their hand up for this event, even after not playing for the last few years, shows the resilience and commitment of our clubs. Hannah Stolba and I are both very excited to coach this team and show what the WPL has to offer. We are also thrilled to be kicking off the WPL season with a challenge of this magnitude.”

The Women’s Premier League makes its exciting return on April 9 with the 2022 championships planned for June 24-26 in Lemont, Ill. After many years of playing in the fall, WPL Reps voted on a plan that was devised in part with the Competitions and Scheduling committee which moved the main WPL league season to the spring to align better with international playing windows and also the D1/D2 Championships.

Cain concluded, “Thank you to the WPL for all their hard work on this collaboration. We are looking forward to the many head-to-head battles, opportunities being taken and key learnings brought to life as a collective. As we head towards more test matches in 2022, both the Wales and Glendale camps will have given the players a real platform for opportunity not just to play for the Eagles but to also be best prepared when they next do.”