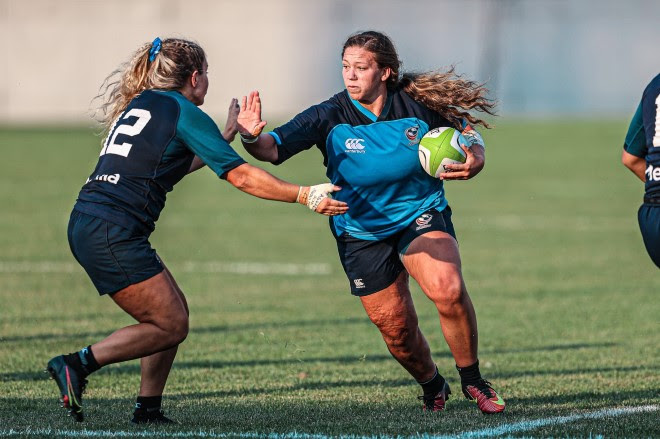 GLENDALE, CO — Head Coach Rob Cain has selected 31 players for the Women’s Eagles’ first test series in nearly two years. The team will face Canada twice on November 1 and 5 at Infinity Park in Colorado, Ireland on November 12 in Dublin, and England on November 21 at Sixways Stadium in Worcester. Broadcast will be confirmed in the coming weeks.

Head Coach Rob Cain said:“I know I speak for everyone when I say we can’t wait to be out there again. Two years since our last international and the prospect of testing ourselves on the world stage is an exciting one and something we are all grateful for.

“There were obviously some very challenging times in the past couple years, but our players have been phenomenal in striving to get where we want to be. It’s great to see the light at the end of this tunnel where we can showcase this in some fascinating matches next month.

“We are very aware of the challenges that all four games present. Whether it’s Canada’s physicality or the number of test matches Ireland and England have played in the past couple years, we can’t wait to meet those head on against some of the best in the world.“Thank you to the players’ families, their workplaces and the fantastic USA rugby community for their continued support. You are the difference maker for the players, and we can’t wait to represent you on the world stage again.”

Last test seriesThe USA Women’s Eagles haven’t had a test match since November of 2019 where they faced Canada twice at the Elite Athlete Training Center in Chula Vista, CA. Canada were victorious in both games with scores of 0-19 and 24-52. Since then, the USA Women’s XVs have spent significant periods of time training as a group in multiple 6-8 week Daily Training Environments. DTEs included intrasquad scrimmages to boost competitive preparation and help coaches measure progress in the absence of international play.

Changes for the Global Women’s Game The program and global women’s game have both hit important milestones recently. An unprecedented number of Eagles were placed in professional clubs to compete alongside the best in the world in the Allianz Premier 15s while World Rugby confirmed the annual Pac Four series, presented by MasterCard.

Pac Four will be a regularly contested tournament featuring the United States, New Zealand, Canada and Australia. Next month’s USA-Canada fixtures form part of the event’s regional series with the Black Ferns and Wallabees joining the group in 2022 ahead of the World Cup.

Planning for Rugby World Cup 2021 in New Zealand continues to progress with Italy confirmed as part of the Women’s Eagles’ pool. The Americans will face Canada, Italy and Asia I in Pool B as competition runs October 8 to November 12 of next year. Matches are broadcast on NBC’s family of networks with a full match schedule available here. The Impact of COVID-19

It is known that COVID-19 has impacted every nation and sporting program differently. Where most teams will enter their Autumn Internationals having played some level of competitive internationals since the pandemic, the Women’s Eagles have had to adapt without such opportunities while also balancing full-time jobs.

The program and its players are known for their resilient efforts in training and preparation but much cannot be accomplished without support from the community. Both individual players and the program itself rely on philanthropic contributions to run Daily Training Environments and mitigate the financial impact to players who must take leave from their professional jobs.

To give a gift to the Women’s Eagles or underwrite an upcoming assembly in the leadup to Rugby World Cup, contact creed@usa.rugby or click here.