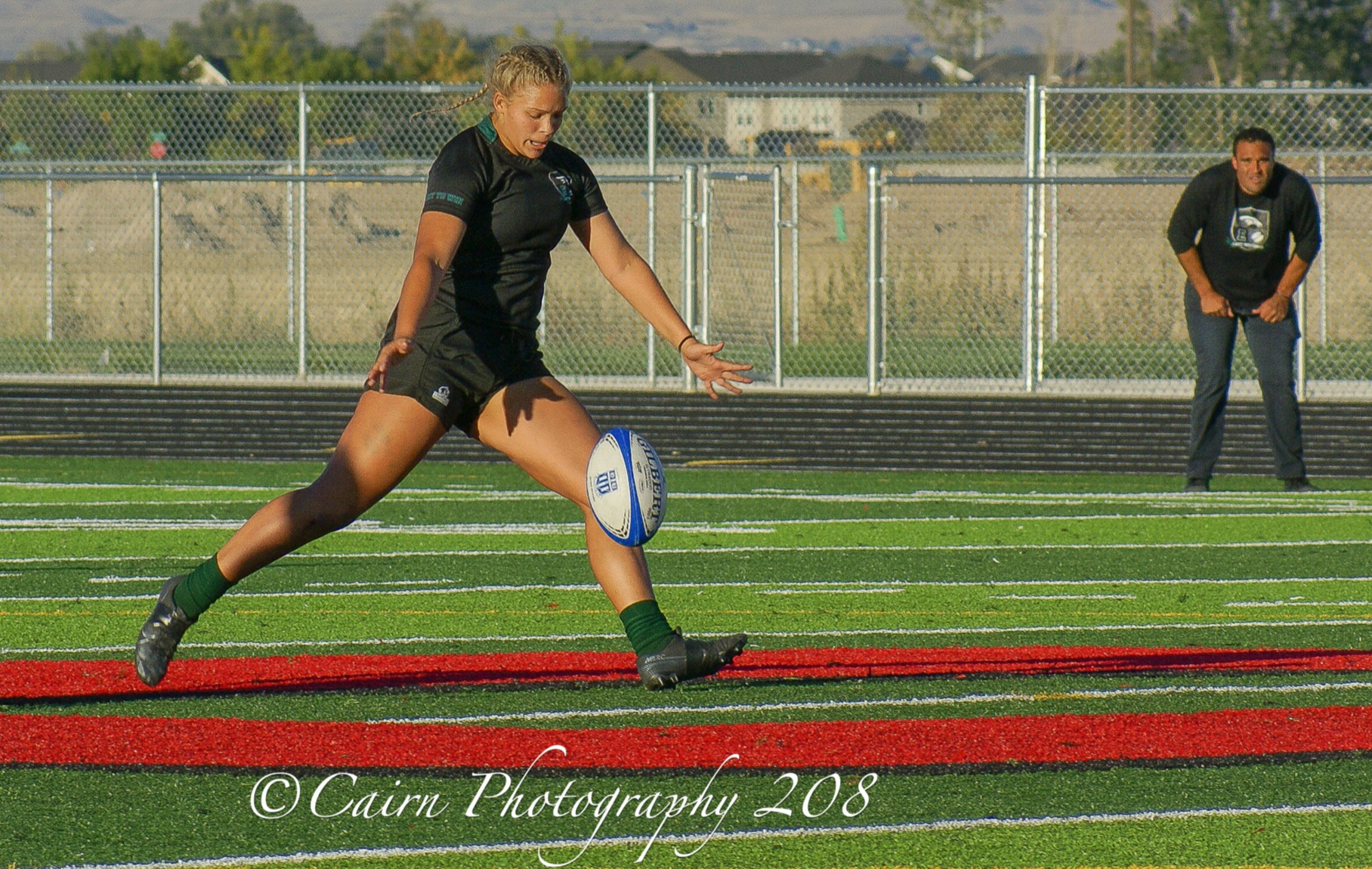 Eagle High School won the 2021 West Ada School District 7s Championship, going 12-1 on the season and defeating Mountain View 12-10 in the title match. But the 7s season is not over for Eagle. For the first time, the Boise school district has three teams playing school-sanctioned 7s, and a state championship tournament will be contested this Saturday.

Cheyenne Wheelen found rugby as a freshman, and today, the senior is captain of the Eagle varsity side. She and the program followed similar trajectories, starting with lots of potential and evolving into champions.

“There were some cliques,” Wheelen reflected on the team from four years ago. “I don’t want to say they were less inclusive, but we didn’t have the glue yet because we were so young and new.”

Wheelen came from a background in tennis and Jiu-Jitsu – individual sports – and the team environment appealed to her. 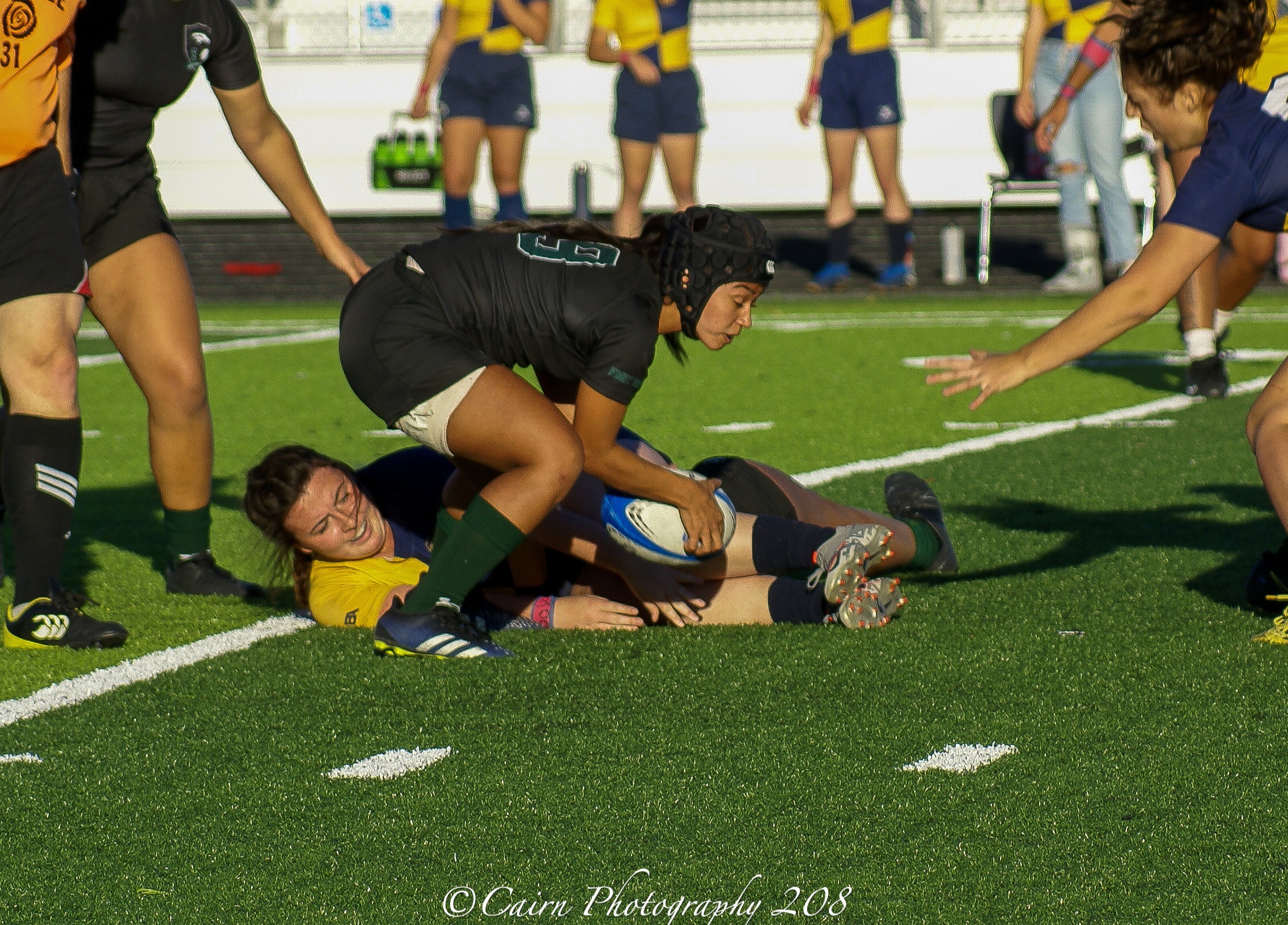 “I used to be a 15s girl, but now I actually like 7s better,” she said. “There’s more trust involved in 7s. You have to rely wholeheartedly on your teammates. You need to know what they’re going to do, and they need to know how you’re thinking. It’s really cohesive on the field. I’ve really noticed, this year especially, our group of girls are phenomenal with that. This is a family sport and we have really good chemistry.”

Today, Eagle has 29 players for JV and varsity squads, and while numbers are always a boon, Wheelen explained that smarter recruitment has helped the success of the team.

“The biggest difference between then and now is the people,” Wheelen reflected on four years. “We recruited a lot during my sophomore and junior years, and we found girls who fit so well into the team. We like them, and we have fun together on and off the field. They have been the foundation to grow this team, and it’s been so much better this year.”

Last year, Eagle finished third in the West Ada 7s season, but that fall marked a very important turning point for the squad. Toward the end of the season, Eagle was readying for a third match against Mountain View, which had beaten the Mustangs twice already that fall.

“Everyone was on-point,” Wheelen said of the 14-12 win. “The passes were beautiful, the chemistry was there. Everyone knew the plays in advance and we were reading their defense. We didn’t play individually but as a family, and you could feel that on the field. We were immediately different the next week. 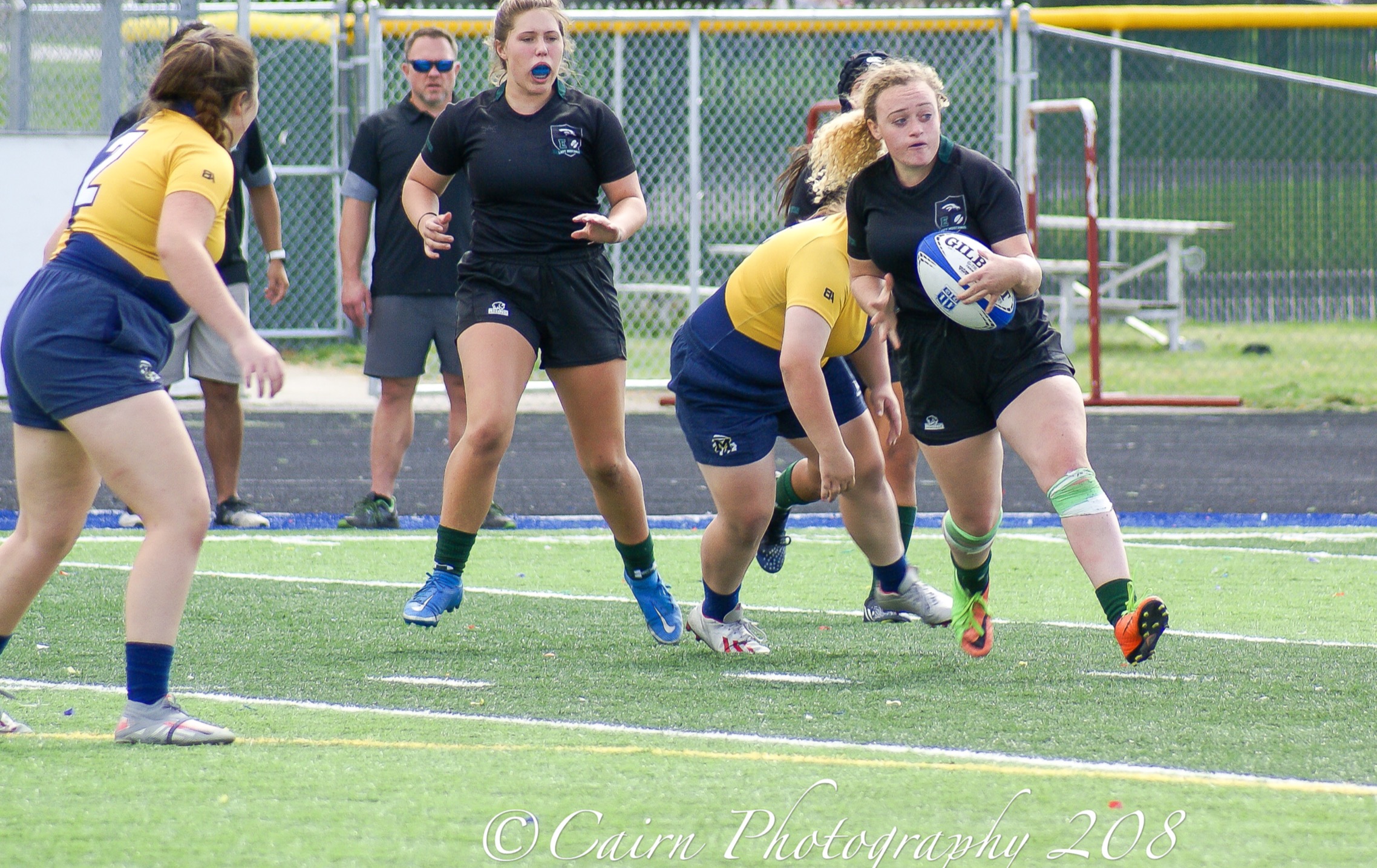 “Since that game, we didn’t want to let go of that feeling,” the captain continued. “We kept that momentum and used that as our marker as how we want to continue playing our rugby. We’ve only built up from there. We had our losses as well but those have been helpful, because they’re humbling and keep you grounded. You need to lose some in order to win some, and the team understands that.”

In spring 2021, Eagle advanced to the Rugby Idaho DI 15s final and rolled that energy into fall 7s. Wheelen was named varsity captain and explained that leadership responsibilities are shared throughout the group.

“On varsity, we have a whole team of leaders,” Wheelen said. “I wouldn’t be able to be captain without them. They keep me out of my head and grounded, and I feel the same about them.”

Wheelen did acknowledge junior Reece Woods, who sets the standard for hard work and garners lots of respect from teammates.

“She’s an all-around athlete and has the biggest heart,” Wheelen said. “Her and her sister, Olivia, they arrive early to practice and are the last to leave. They stay late for extra conditioning. That passion translates into their playing, and I’ve never seen them not give 100%. Plus, they’re fun and all-around great people.” 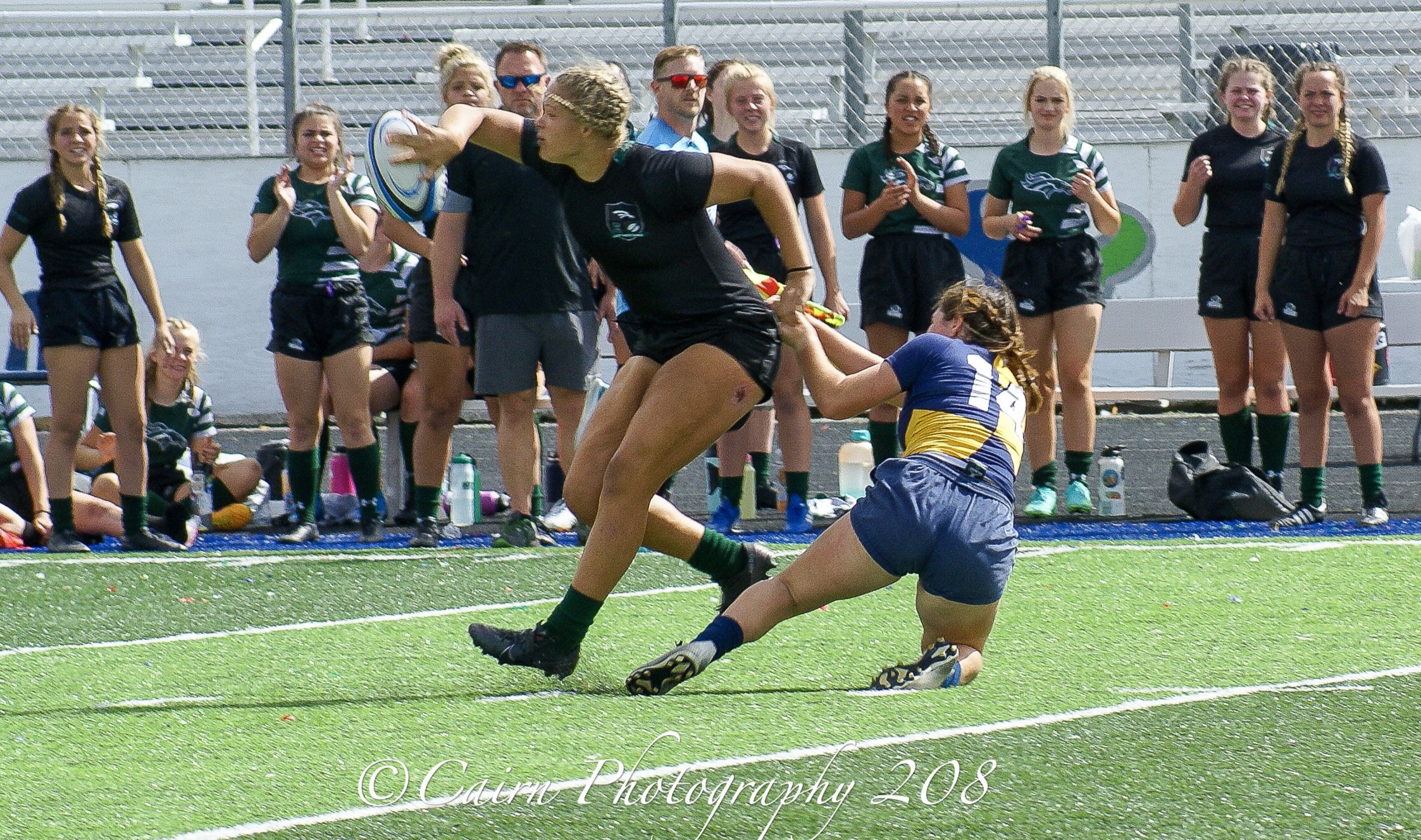 Eagle will graduate seven seniors this year, and Wheelen sees Reece Woods becoming a major figure in next year’s program. Varsity will inherit some developing leaders from J.V. as well, and Wheelen is particularly excited by Madison Certa and Ali Blackburn.

“I recruited Madison and she was a stud right off the bat, just took to the game,” the senior said of the newcomer who scored 38 points during the regular season. “She’s a natural and always gives 150% effort. She’s so much fun to work with and has also taken up a leadership position. The girls look up to her and see her hard-working, dedicated mindset.”

Blackburn is the JV captain, and she and Certa scored six tries apiece in the 7s regular season.

“She’s the glue holding it all together,” Wheelen said. “Her confidence got a boost since being name captain of JV and she’s rocking it. Next year when she goes up to varsity, it’ll be an easier transition because she’s had a leadership role and knows how to handle situations. The team will be in good hands.”

The fall started well for Eagle, and an early-season loss helped keep the team focused. Katelynn Walker was a scoring machine, tying Meridian’s Nesi Tuitama with 21 tries during the regular season. Reece Woods was fourth on points scored with 58, a combination of conversions and tries. Eagle ended the varsity regular season 9-1 and took the top seed into the double-elimination playoffs. The Mustangs beat Rocky Mountain 22-0 and Mountain View 31-7 to advance to the West Ada 7s final against Mountain View. 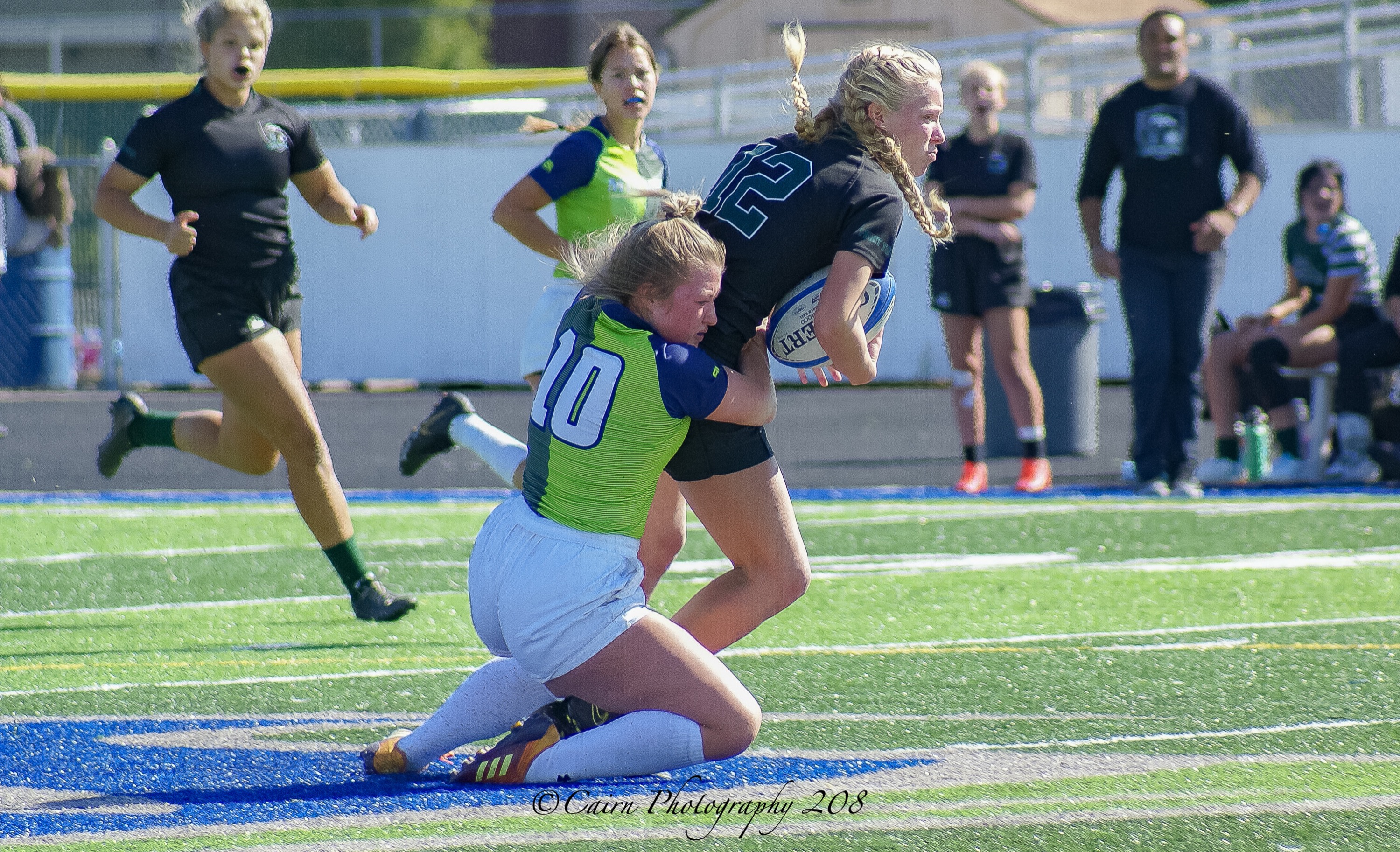 “Before the game, there was too much anticipation,” Wheelen said of team mindset. “We had worked so hard and wanted it to pay off in that game. So we were a little in our head.

“Our final game in the championship was not our cleanest rugby,” the captain continued. “But that goes to show that even when the other team is on and on-point, even when we’re lacking in some areas, we still have the talent and ability to endeavor on and keep pursuing what we want, and it’ll give us the result we’re looking for.”

“I know the girls felt it,” Wheelen noted a hint of dissatisfaction. “Once the whistle blew, we’re usually jumping up and down and so excited – and we had some of that – but everyone knew we could have been better. We can never be perfect, and we understand that from our coach, and we agree. But we can always be better. We’ll do film tonight [Monday] and digest what we did and pick through it.”

New this year, the West Ada School District Championship isn’t the final stage of the post-season, as the Boise School District has sponsored three teams in Mountain Home, Capital and Timberline. They will now cross over for the state championship. As district champs, Eagle will get a bye through the first round and then face the winner of Timberline vs. Owyhee in the semifinals.

“The [district] championship game was a reminder that we’re not invincible and could lose at any point,” Wheelen said. “We have to be the driving force to win states or lose states. But I don’t want the girls to dwell on the mistakes that we could make. This is a mental game, and if we start dragging ourselves down, that’s when little mistakes happen, and they take a toll. So my main goal as captain is to keep everyone loose and calm. And that’s been easier because we have such a great team bond.”

Wheelen likes the idea of diverse competition, but confronting the unknown is another stress that she’ll to manage with the team. 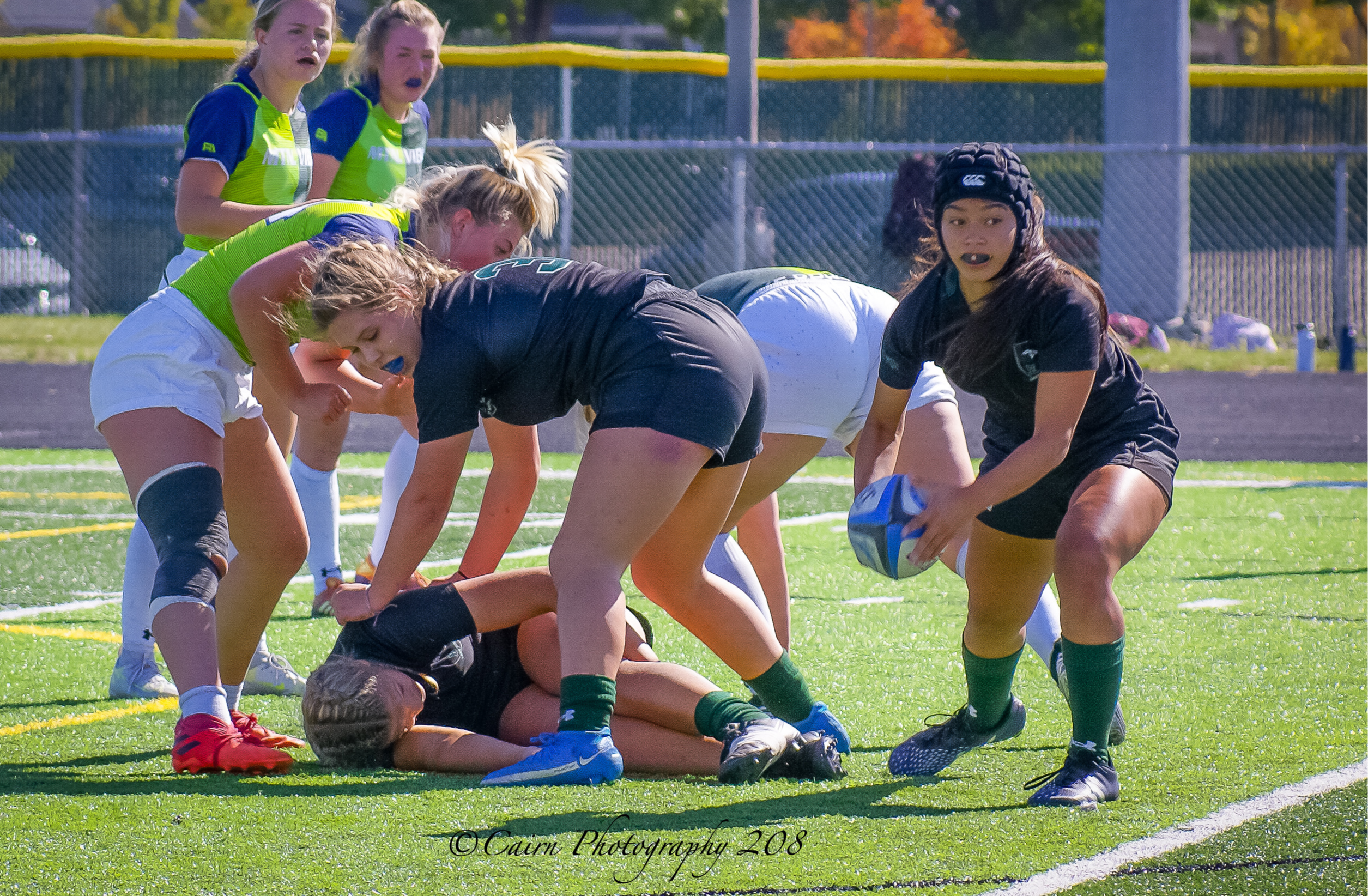 “We’re ready for it,” she said. “We know that we can trust in our abilities and when we play our way, there is nothing that can stop us.”

After fall 7s, Rugby Idaho will host club 15s in the spring, and then Wheelen will graduate from Eagle HS. She will attend Boise State University and intends to simultaneously help the Mustangs squad.

“I have to shout out the coaching staff,” Wheelen said. “Kraig [Smikel] is such an amazing role model and it’s amazing how much he dedicates to us, outside of the time we have for rugby. Nothing is possible without him. Our other coaches, Peter Harrison and Adam Schroeder, are amazing and we’re lucky to have them. They’re so much fun to be around and they built this team up to what it is today. Their legacy here will continue on long after they leave.”

Wheelen hopes to join the coaching staff as an assistant coach and see the game from a non-player perspective.

“I want to be involved with the community because the girls mean the world to me,” Wheelen closed.