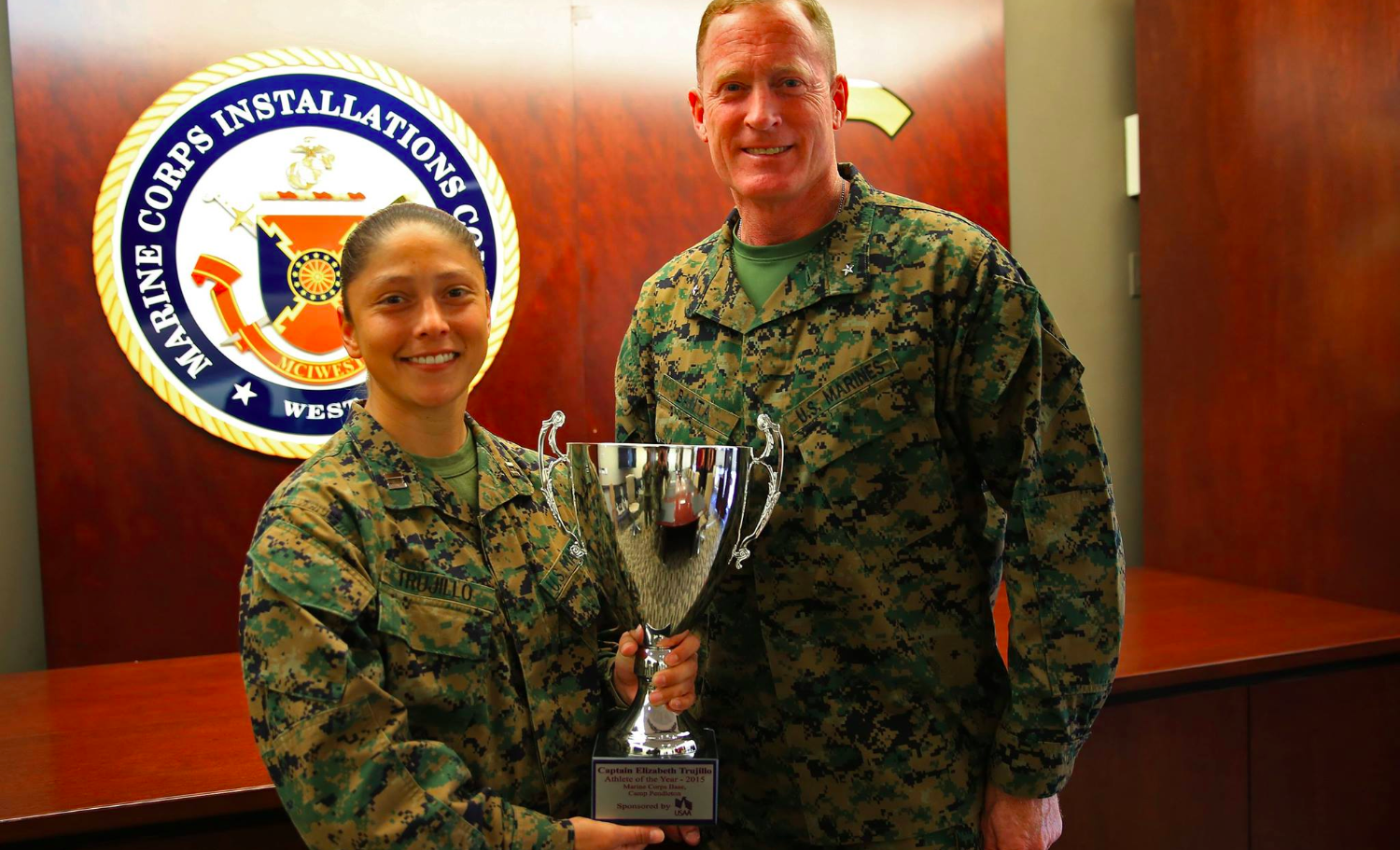 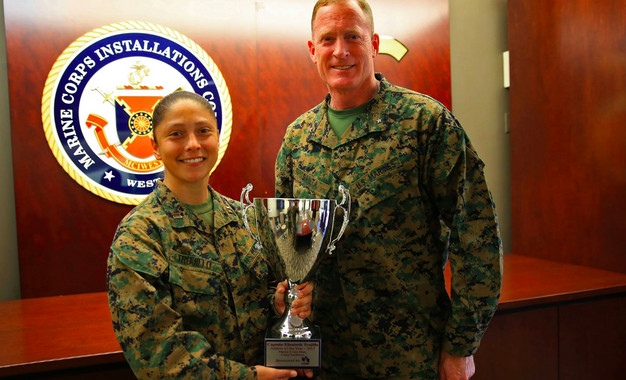 Elizabeth Trujillo fell in love with rugby at the U.S. Naval Academy, where she was pursuing her dream of becoming a Marine. As her appetite for the sport grew, it conflicted with her duties as an officer overseas, but that relationship changed when she returned to the U.S. She got to work with the San Diego Surfers and various select sides, and finally, Trujillo got the recognition she was building toward. In December, she was named female Camp Pendleton Athlete of the Year and invited to the National All Star Competition (NASC). The 28-year-old Illinois native is enjoying the pay-offs and hopes they’re the first of many.

The academy inherited a three-sport athlete and natural scrumhalf. Slight, tough and hardworking, Trujillo became a three-time All American who garnered national selectors’ attention. She modeled herself after World Cup 7s veteran Cristina Mastrangelo, whose scrappy edge insprires Trujillo. In 2010, the senior was invited to play on one of two USA Women’s 7s representative teams in Las Vegas against other national teams.

“It was my first taste of international rugby,” Trujillo remembered. “I was fortunate to be on the team with more vets. It was my first time playing 7s, and I didn’t know what was going on the entire time. I remember the Netherlands, China, France, Canada – the level of play was like nothing I’d encountered before. I wanted it and wanted more of it.”

But that quest would have to wait. Trujillo graduated from the Naval Academy months later and launched into basic school and specialty training. After ground school, she was shipped to Okinawa for two years. She couldn’t play rugby, but she did enjoy a highlight in her career.

“I was sent as a supply officer but that is not what I did,” Trujillo said. “Every month I was sent to a different country – Thailand, Philippines, Korea. I’d develop a training package and take 50-100 of our Marines to, say, the Philippines. They’d attach 25-30 of their soldiers to me and I’d execute the training package I put together. Back then, counter-insurgency was huge – everything we were doing in Iraq and Iran – urban warfare training, M16 reaction course, convoy ops. I was teaching young Marines what they were and how do it if and when they were deployed.”

They were golden years for Trujillo. When she returned to the States in 2013, she began her role as a supply officer at Camp Pendleton. She’s in charge of her unit’s budget and purchases, and runs logistics for field ops. It’s a big contrast to her role overseas.

“People come in and want to play the model Marines guy,” Trujillo said. “When I was training for six months at basic school – which everyone has to do – you learn how to be a rifle platoon commander. Just like in the movies. Now I’m behind a desk making sure the money is spent legally, when all I really want to do is handle weapons and teach Marines what to do.”

That said, Trujillo is wholly appreciative of what the Marines have allowed her to do within rugby. She’s played the previous two years with the WPL San Diego Surfers, being named MVP twice, and aided the 2014 club 7s championship title run. She’s banked mileage with Scion and the All Armed Forces, which is an all-expenses-paid experience (unlike the Combined Services), playing at Elite City 7s, New York 7s and Tobago 7s last year.

“I really didn’t think my package would compete,” Trujillo considered her resume against other Athlete of the Year nominees. “Usually the person who wins is affiliated with an All Marine team – marathoners, tri-athletes, cyclists.

“At the award ceremony, the first thing went to my command because they’ve been so supportive of me going out,” she added. “During WPL and 7s seasons, I was gone every weekend playing rugby, and they’ve supported me leaving. During nationals, I have to take some leave and they’ve never denied me.”

To further buoy the end of 2015, Trujillo received a long-awaited invite to the December NASC.

“I’ve been itching to get back in it,” Trujillo flashed back to the 2010 USA 7s. “The December NASC was my first thing back in the higher levels. I’ve been working toward it ever since I got back and was hoping to get noticed. It finally happened – I was one of the last invites – but it was a relief. The hard work was starting to pay off.”

Trujillo has the potential to be selected to the Eagles’ Top 50 player pool, from which the 2017 Women’s Rugby World Cup squad will be named. But there are a lot of opportunities before the tournament in Ireland, both with the Eagles and military rugby.

“I got a call from Quantico’s sports office last week that they’re trying to start an All Marine team for the women in 2016-17,” Trujillo said. “Right now they’re seeing who’s interested, and if they can’t get enough players, then they’ll try a Marine Corps team with the Navy and Marines.”

Trujillo will be playing at the Atlanta 7s Festival with either the All Armed Forces or Scion this April, and in the meantime, she’ll just keep working on her game and hoping to stay noticed.