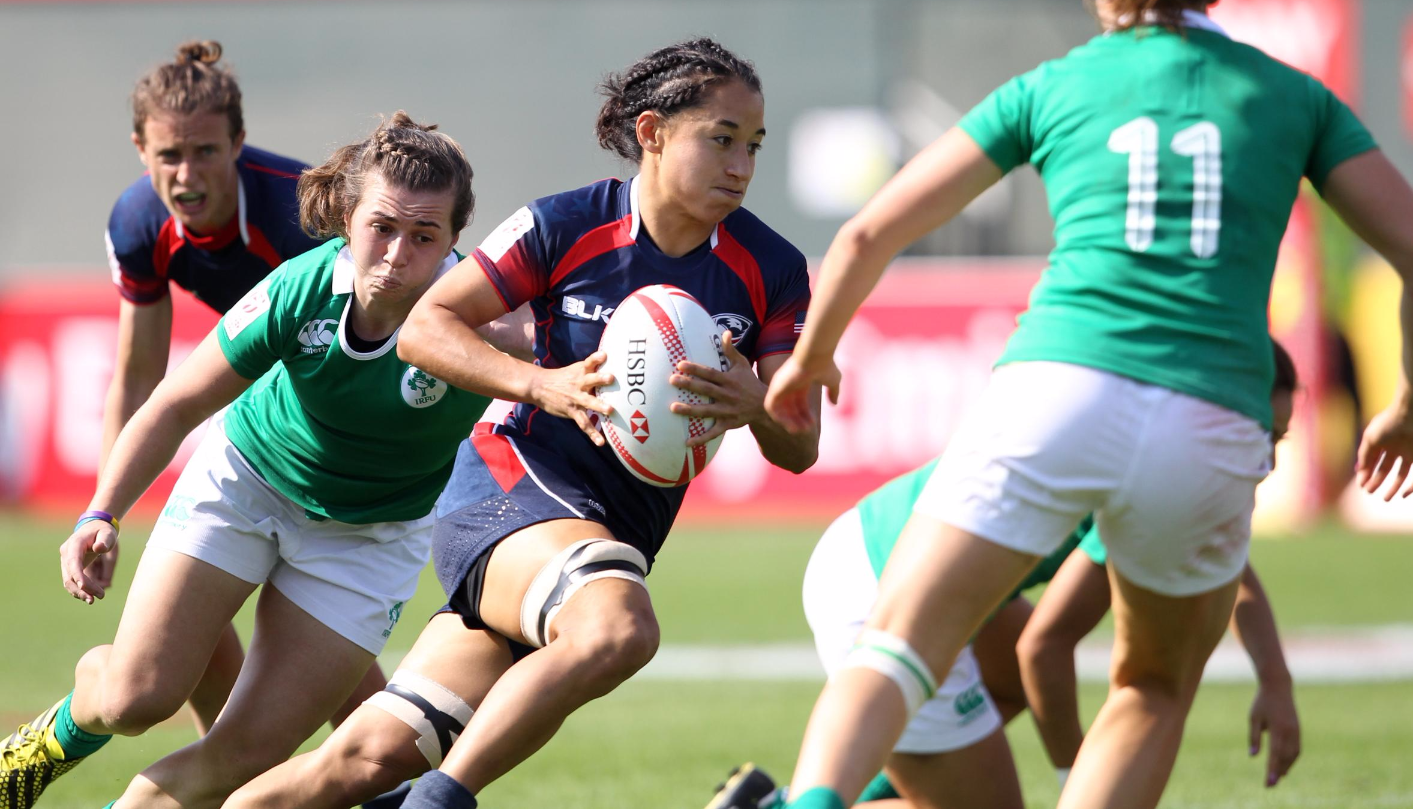 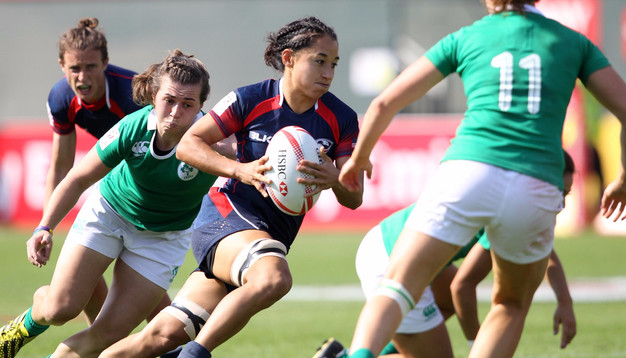 It’s Saturday, 6:30 a.m. at the San Diego airport. Kelly Griffin’s plane has boarded early, so the time she had devoted to an interview now occurs in the murmur of lumbering passengers. But she rolls with it, as one might expect of a USA 7s Eagle who has been living at the Chula Vista Olympic Training Center since the creation of the residency program. The previous four years have been tumultuous in their highs and lows, and Griffin has experienced every single one of them.

“It was in 2009 when they made the announcement,” Griffin remembered that watershed moment when the IOC announced that 7s was being added to the 2016 Olympics. “I was at a 7s developmental camp with Sue Parker and Pete Steinberg. It was my first one when I was in college. I thought, ‘Oh, that’s cool,’ but didn’t necessarily think it applied to me because I was so young and not as involved as I was now.”

By the summer of 2011, Griffin was making a push for the USA 7s team. She won MVP at the club 7s championship with Berkeley. The California native then attended an open 7s tryouts in Santa Barbara, followed by an all-star 7s championship appearance at the OTC. Former USA Women 7s coach Ric Suggitt was also at all of these venues. She was trying to get seen.

“The goal was being on the national team, but really I was just trying to be a good player and enjoy myself,” Griffin remembered. “I wanted to play as much as I could and then just see what happened.”

“It” happened in November 2011. Two years after the Olympics announcement, USA Rugby stated that it would be contracting and paying 7s players beginning January 2012. Griffin was selected as one of the original eight (see below) women to become a professional rugby player in the U.S.

“That seems like such a long time ago, because so much has happened between then and now. Where did four years go,” Griffin thought on her 25-year-old self. “But at the same time, it feels like it went so fast, and now it’s the Olympic year and we have six months to put on the finishing touches.”

Griffin hasn’t been selected to every USA 7s tour, however, she is the only current resident who has been at the OTC without interruption. Jill Potter is of the “original eight” and still contracted. She took time off to beat cancer and make a superhuman return to Chula Vista. Bui Baravilala was also signed in January 2012 and is still at the OTC, but she took a sabbatical and also battled injuries that prevented her participation. At 29 years old, Griffin is the veteran on the Eagle squad.

“One of the most memorable events was the 2013 World Cup in Moscow,” Griffin sifted through the memories. “We went in trying to win the whole thing, but we finished winning in OT [against Spain] for a bronze medal. That was pretty special. That was our first big thing of residency – going for the World Cup. And then after the World Cup we adjusted to the Olympics, which is the big thing.”

Life is pretty different compared to 2012. Many players have come and gone, and now they number near 30 when adding in practice players. Several intra-squad scrimmages occur per week, and the one-to-one coaching has diluted. And there’s a new coach, installed in September 2015.

“There have been a lot of changes just in the size and maturity of the program,” Griffin added. “We’ve been feeling everything out, and now we’ve become an elite level training program with all of the pieces: strength and conditioning, mental skills training, periodization of training, nutrition. It’s been cool to see that evolve and be a part of it.”

Every time that contracts have been up for renewal, it’s been an easy decision for Griffin.

“For me, playing rugby and training has been the best job and experience,” Griffin said. “As long as the coach still wants me, I will still be there.”

The player pool will narrow down at the end of March, when all of the players’ contracts expire. Those selected will be one step close to the Olympics.

As for post-Olympics life?

“Yeah, I think about it a little bit,” Griffin said. “I’d like to keep playing rugby, but I’ll probably have to go and get a real-person job and play rugby outside of it like I used to. I don’t know if anyone wants to hire me, but that’d be good!”

Catch Griffin and the rest of the 7s Eagles in action next weekend, Feb. 20-21, as they compete at the Sao Paulo’s 7s, the second stop on the World Rugby Women’s Sevens Series.