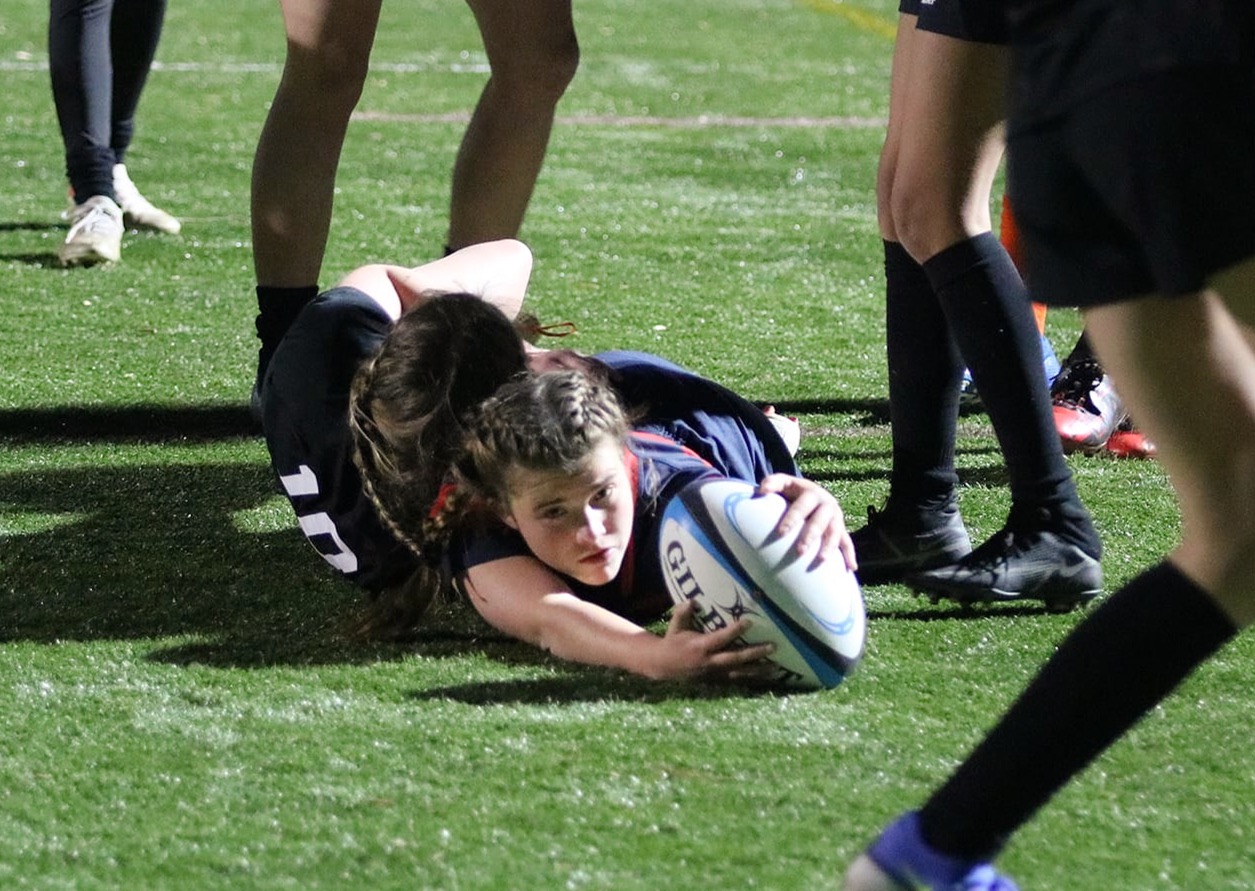 The North Carolina Youth Rugby Union (NCYRU) started its Winter High School season in early December and kicked off the 2022 segment of play on Jan. 8. The high school girls have 7s and 15s competitions available to them, and both competitions will name champions in February.

Wando is the only program fielding two 7s teams in addition to its 15s side, and is performing well so far. The 15s side opened with a 21-14 win against new team Charlotte Cardinals, and then followed with a shutout against SoPi/Chapel Hill. [NCRYU does not publish game scores that exceed a 35 point differential; thus the 35-0 results are not the actual final scores.] The Wahines were supposed to play 1-0 Raleigh, which mercy-ruled Hough back in December, but that game was postponed to Jan. 28.

Despite losing its first-ever 15s game as a club, the Cardinals have come on. Alicia and Geoff Tice, formerly of the Charlotte Tigress, coach the team, and Harvard University commit Lennox London and junior Avery Peacock captain it. Seniors Jaden Gary, who committed to Alderson Broaddus Univ., and Zoey Keller are also stepping up to lead the young team.

“Our first match was a nailbiter,” Alicia Tice recalled the Wando loss. ”It was fantastic back-and-forth rugby, and we had so many lightbulb moments! It was great to see the confidence build in so many girls on both sides of the ball. Wando is a solid team with a flare for Southern Hospitality. I’m obviously bummed that we didn’t win, but happy that Wando was able to take a W at their first home match ever, and they had a beautiful tribute to Coach Anne Montgomery, who passed last year.”

The Cardinals followed with mercy-rule wins against Clayton and Oceanside/North Meck and are now 2-1.

This Saturday, Jan. 15 includes a full slate of 15s matches:

Similarly, there will be two full 7s tournaments occurring as well. The 7s circuit wraps up on Jan. 22 and a champion will be named on standings points. The 15s division is supposed to hold quarterfinals on Feb. 5, semifinals and consolation games Feb. 12, and the championship and final placing matches on Feb. 19.

NCYRU moves into its spring club 15s season after the conclusion of the Carolina Ruggerfest (March 5-6 in Matthews, N.C.). Games will be played in March and April, and playoffs will occur May 7 and 14.