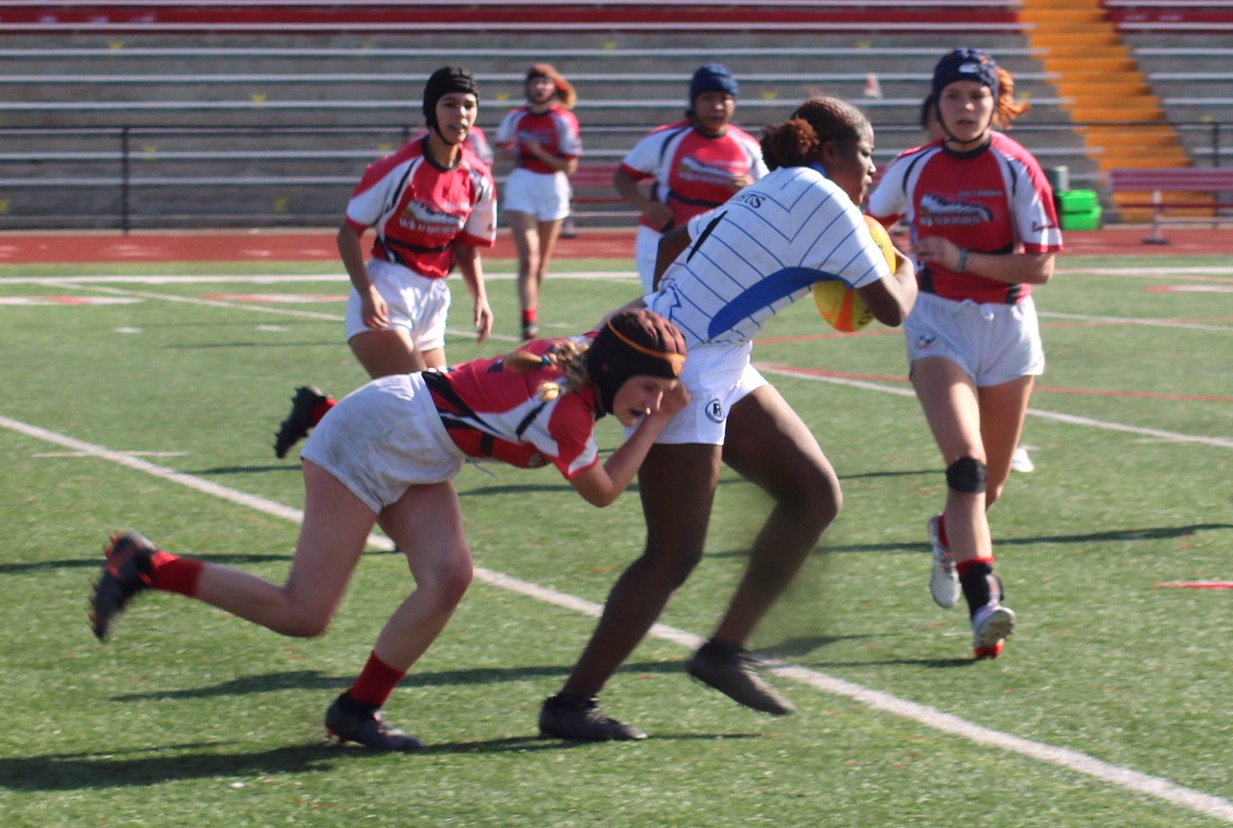 Fallbrook Open’s Liliana Woodworth in the tackle vs. San Marcos

Southern California Youth Rugby kicked off its high school season last week, and everyone’s playing 7s. There are two competitions – Open and Core – and there are regular-season tournaments every Friday and/or Saturday until Feb. 18. Playoffs and championships follow.

“[N]o team found any way to decipher the stout defense,” Fallbrook manager Erik Benitez wrote. “More dominating than their defense was Fallbrook’s swarming offense, consisting of surgical passing, speed and teamwork. John Duncan, head coach, stated he was extremely proud of how the team executed the game plan and looks to building upon what was witnessed on the field.”

“What was most impressive is the team of seven players lost their captain, Maddy Jersey, during the first half of the first match … [and] played down a player for the remainder of the matches,” Benitez explained. Assistant head coach Taylor Duncan, a Fallbrook alumna who played at DI Elite Central Washington University before returning home, was ecstatic with the team’s grit.

“This is a testament of the team rallying behind newly appointed captain Cora Haughey, applying the Fallbrook Rugby game strategy, focusing on the fundamentals, and more importantly playing as a team,” Benitez added. “Fallbrook looks to March, as it prepares to compete against the country’s best during the Los Angeles Invitational 7s Rugby Tournament.”

The season resumes this Saturday, and there should be three locations in action. Poway and Warren are currently slated to host DI Core tournaments, and Tesoro is meant to host the DII Open event.