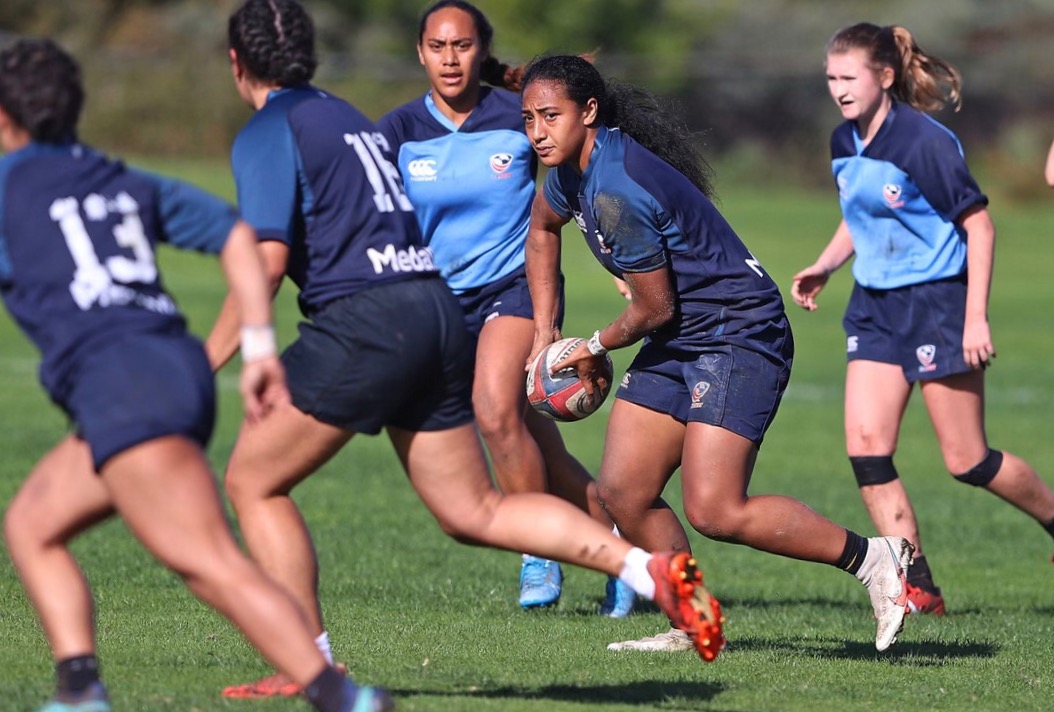 There are many ways to get a good rugby education, and Leila Opeti is an example of such. A fixture in the Rugby NorCal scene until high school graduation in June 2020, Opeti has stayed sharp by aligning with Life West and playing up with the California Grizzlies. Most recently, the Bay Area resident featured at the USA U20 Winter 15s Camp, and has the Eagles on the mind.

Opeti played football and basketball, and then in 8th joined the East Bay Chiefs for rugby. Opeti moved to the Danville Oaks for freshman year of high school and then Lamorinda for the upper-class years.

“Playing for the USA, it was a goal of mine from the beginning,” Opeti said.

In high school, Opeti was a very dynamic presence – light on the feet, confident with ball in hand, and very comfortable in contact. Those attributes showed themselves on the NorCal All-Stars and Rhinos Rugby Academy travel teams. Just before the pandemic halted rugby, Opeti captained Rhinos to a High School Open 7s trophy at the 2020 Los Angeles Invitational. 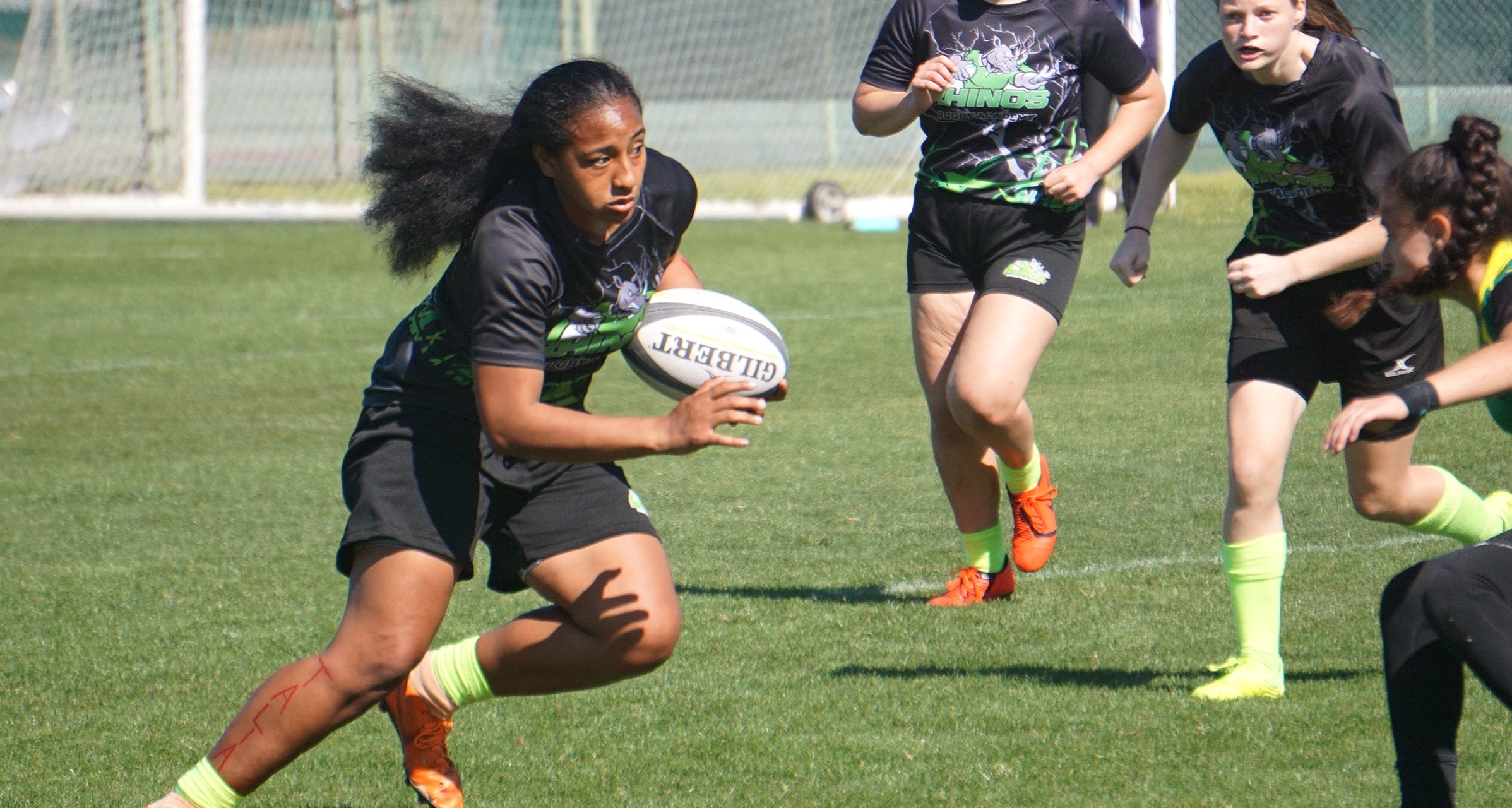 Covid-19 shut down rugby shortly after the LAI, and Opeti finished out senior year of high school that June. There was little rugby to be played in NorCal until spring 2021, and a lot had changed in that time. Prior to the lockdown, Opeti was one of the most recognizable and successful rugby players in Rugby NorCal; a year later, she was one of the youngest members of Life West, a Women’s Premier League team.

“I’m working with Hope Rogers, Amy Naber [Bonté], Nene [Persinger] and Nicole Strasko,” Opeti said of capped Eagles and Life West teammates. “Just being able to be around them, I felt comfortable being a follower. It’s just learning off them and seeing how I can be a better player for the team.” 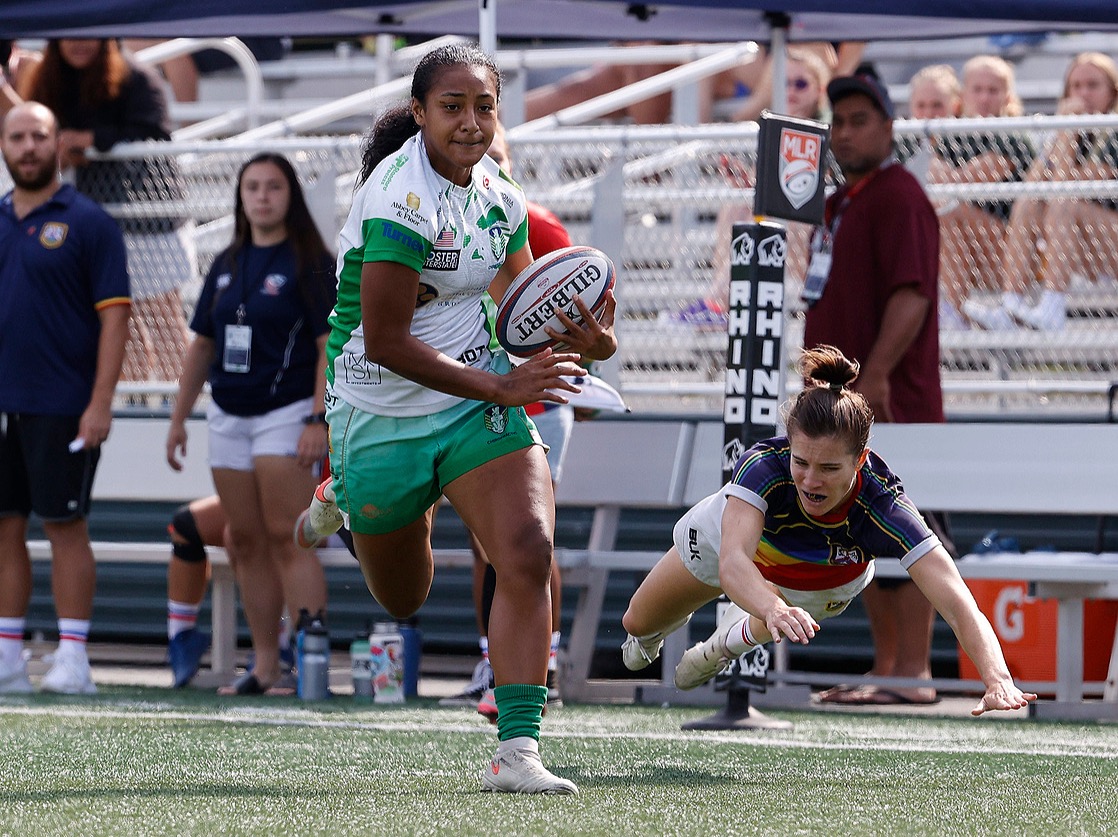 “Moving up from high school, it was a big adjustment at first,” Opeti said of senior ball. “The tempo is different, and I have to change the intensity of how I play. It’s just having to work more – that’s what’s been different for me.”

Earlier in the summer, the wing had participated in a 15s scrimmage against Berkeley, and then on Sept. 11, Opeti made the California Grizzlies squad that faced the Colorado Gray Wolves. A fantastic game evolved.

“I had an idea of what I should be preparing myself for,” Opeti said of her first real senior club 15s game, “but being out on the wing, it was just seeing how fast everyone was playing. It’s how the lines were being cut and just trying to adjust to them. With the California Grizzlies, you’re playing with players from all around the Bay, so it’s getting used to working with new people all the time, and then coming back to Life West. It’s a lot of learning.” 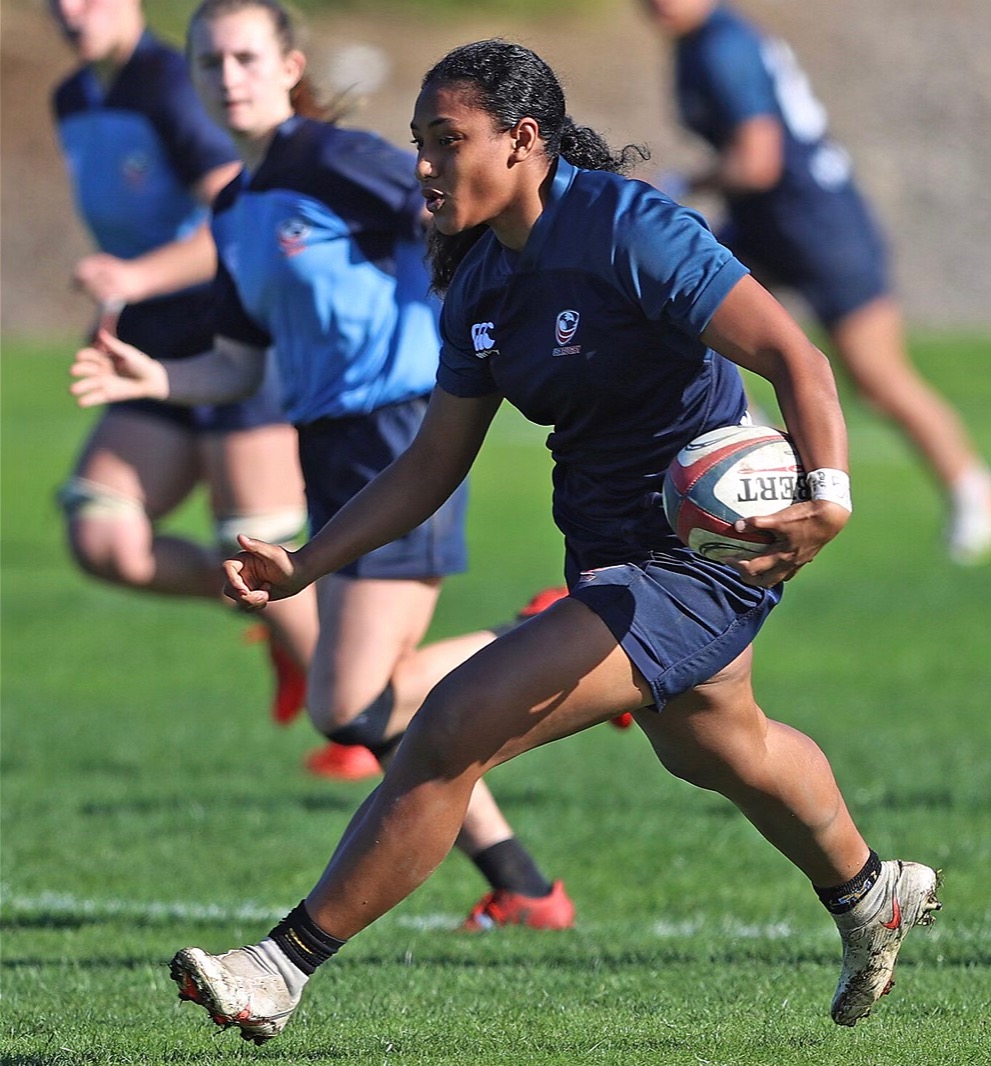 These experiences were also good training for the USA U20 Winter 15s Camp, held in at the Chula Vista Olympic Training Site in December. With 40 players from across the country, more than half of which were new to the USA Pathway – including Opeti – the assembly had the potential to be overwhelming.

“I was excited, because it was a chance to learn something new,” Opeti said. “I just wanted to keep an open mind so that I could take whatever they gave us, and bring it home with me.”

USA U20 head coach Joel Bonnaud explained that camp introduced four main habits that not only formed a foundation for higher learning but could also be drilled during players’ home team seasons. The coach praised Opeti in particular for a “positive, go-forward attitude,” and, “Always ready to play. That was a really good vibe to have.”

“Just trying to be a more versatile player, being more creative on the field when you don’t have a structure,” Opeti said of biggest take-aways. “Even though there is so much chaos, try to stay calm and control what we can control. And also trying to add kicking into our plays and having to chase it down.” 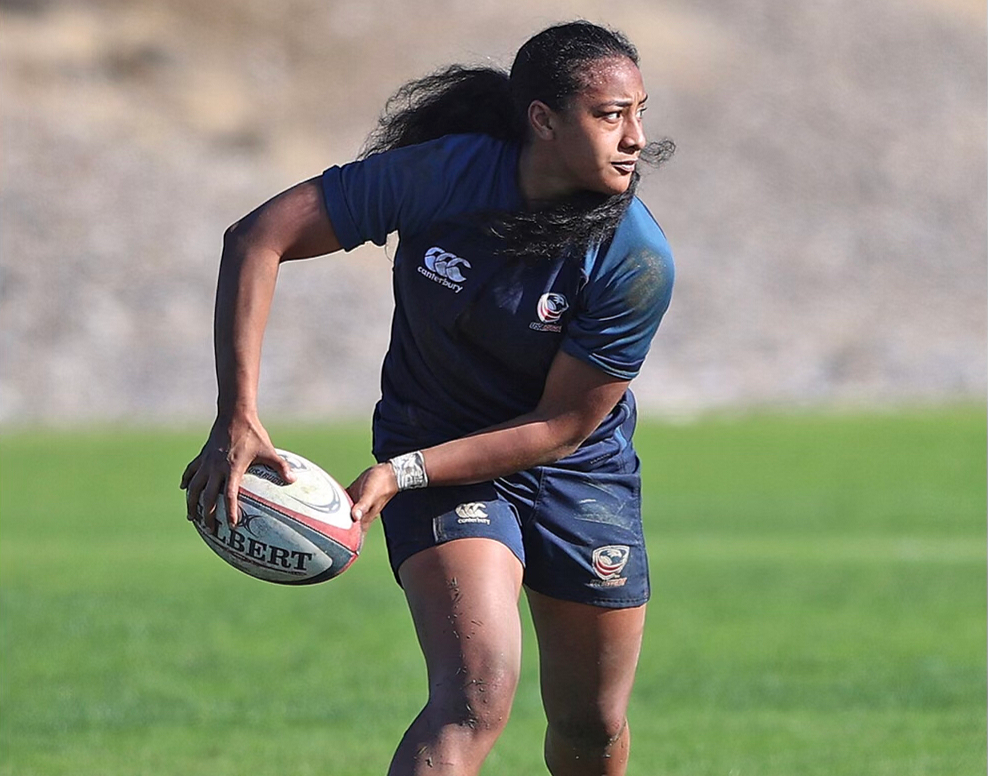 Opeti played inside center in the camp-ending scrimmage, and was happy to experiment with different positions.

“Simone [Bautista] was someone I enjoyed connecting with on the field,” Opeti said of the memorable teammate from Los Alamitos High School. “She was another center and it was fun running lines with each other on the field.”

Opeti will be returning to Southern California for the Junior National Team Martlet 7s camp, which occurs Jan. 28-Feb. 3 in Chula Vista. She’s keen for any playing opportunity associated with the USA, but admitted to liking 7s better. There are fewer people on the pitch and thus more room to have a go.

“Just keeping an open mind,” Opeti lent advice to anyone considering taking a similar pathway through rugby. “Stay open about things that come your way, and don’t be scared to try something, especially when you’re chasing a dream.”

Life West is fielding teams in both the NorCal Gold Division – a new DI/DII hybrid competition – as well as the Women’s Premier League, which now contests its championship season in the spring. Watch for Opeti to keep making gains in the senior club sphere and beyond.