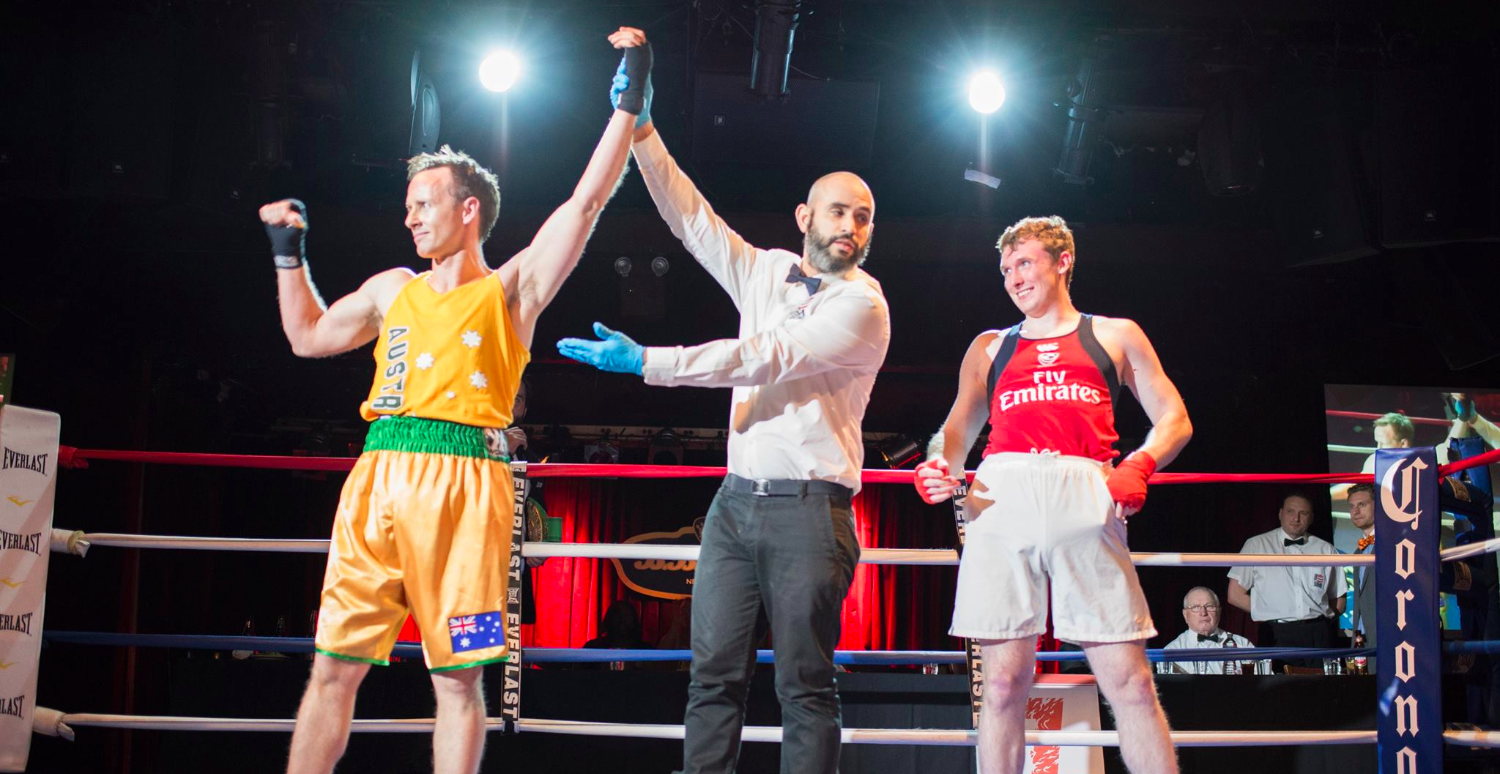 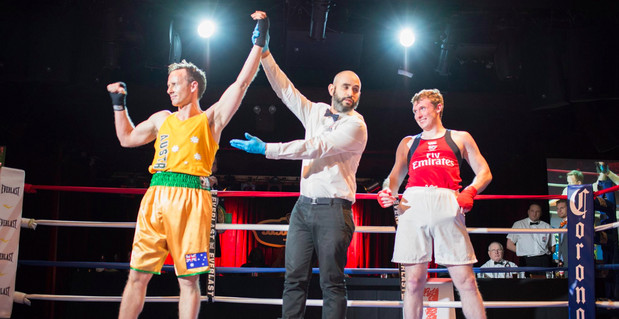 Rugby is an amateur sport in the U.S., and the need to fundraise is insatiable. Even at the top, the Eagles run campaigns to raise tens of thousands of dollars just to compete. Ideally, corporate sponsors are stepping in and covering all costs, so teams and players can focus on their craft. That’s more common overseas, in countries where rugby has a longer tradition, but that set-up isn’t unattainable for a club here in the U.S. It just takes some creativity and professionalism.

But for Hamish Keith, the desire to stabilize his club’s financial wealth was born from a repellence to laundry detergent.

Reared in Australia, Keith came to the Village Lions (NYC) having played for eight other teams, but he immediately connected with the personable club. That kinship was challenged during his first season, when a veteran tossed a sweaty wad of jerseys at his feet, indicating that it was the rookie’s turn to wash them. Keith was stunned. Players washing kit?

“I forgot how amateur the sport is in the U.S.,” Keith scanned the grounds for his most bribe-able teammate. “In Australia, clubs were established in 1888, 1910. Rugby is new to the U.S. My aim then became to raise a lot of money and bring in sponsors, so we never had to wash shirts again.”

Keith is a senior producer at inVNT, a global brand communications agency, so his solution was going to come in event form. The Village Lions host a large 15s tournament every spring, and it serves as the main moneymaker. Several smaller fundraisers are peppered throughout the year. 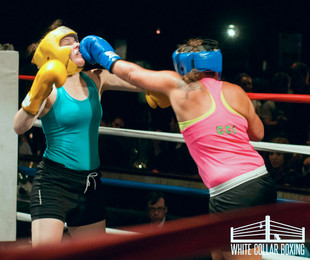 “I was really critical of our Halloween event,” Keith said of the annual costume party held in the Lower East Side. “We get good attendance because we’re a great social club, and we rely on our popularity to sell out every year. But it’s been at the same venue for six years. Three hundred people show up, and there are three bartenders. It’s overcrowded, there’s poor service. I’m not criticizing the organizers – we’re all volunteers – but because of my background, I had to get involved.”

Keith endorsed the need for social fundraisers, as they raise the visibility of the club and serve recruitment. But they need to be balanced with premium events, which bring in sponsors and money for the club.

Keith landed on White Collar Boxing and drew from his experience in Singapore, where he hosted an informal tournament for a rugby club there. The outing, thanks mostly to the well-off expats, made $40,000.

The Village Lions board wasn’t easily sold. Although there was the potential for a big pay-off, if something went wrong, then the club would be out $15-20,000 and potentially cease to exist. Keith again leaned on his professional expertise, was well prepared and honest about the financials, and eventually won by one vote.

“I’ve been in the industry for 12 years; I had no doubt that we’d make money,” Keith flashed his trademark confidence. “The biggest challenge was dealing with American culture and getting boxers. Ask any of the English or French players – here are the gloves, go beat up your mate – and they’d do it. But the Americans were much nicer; they didn’t want to fight their friends. Problem is that the international players don’t have many friends here, and we needed boxers who were popular and could bring people to the event.”

Enough players for 10 fights (three of which continue to be women’s) signed up and spent months training at Gleason’s Gym in preparation. Meanwhile, Keith handled all of the logistics, from landing BB King’s Blues Club in Time Square as a venue; to securing insurance for each boxer, the club, and the event; to running the website; to naming and liaising with a partner charity, The Bowery Mission; and much, much more.

On June 6, 2014, attendees in black-tie attire enjoyed a three-course seated meal and open bar, and dined at tables enveloping the ring. An emcee introduced each fight, trainers managed each corner, and USA Boxing staff scored each round. By night’s end, the event netted $18,000, which was $3,000 above the objective. In 2015, White Collar Boxing made $22,000.

With all the templates in hand, Keith has been able to transfer control to the club, and 2016’s event is being run by Mallory Woods and Quin Works. But he continues to critique his project and insisted on refreshing the venue this year. Highline Ballroom is a major upgrade, not only in terms of capacity and layout, but also in its 21st century media and entertainment production technology. The switch allows for cheaper ticket options and will allow more refinements in the future.

And that’s where Keith’s mind is, the future. The club is going to run out of boxers (who haven’t fought already), and so next year will see the Village Lions fight another club – maybe New York RC, Brooklyn, White Plains. And what about that elusive corporate sponsor? It’s arrived. Goldman Sachs has signed on as title sponsor in 2017, and that new partnership will need Keith’s professional guidance.

“I do corporate events – Fortune 500 companies like Verizon, IBM, pharmaceuticals. I want to work community events,” Keith said. “The fact that I can do this and give back – as corny as that sounds – I have so much pride in it. And they’re fun events!”

If this endeavor sounds enticing, be forewarned: Hire a professional to set it up, learn all of the minutia, and then maybe take over in year two.

“This isn’t a gala – 300 people at a $200 per plate dinner,” Keith explained. “That event is easy and every club does it. There’s so much preparation, but once you do it and the templates are set up, then the board takes over in the second year. Mallory and Quin, they took over and they’re kicking ass.”

If you happen to be in the New York City area and want to see White Collar Boxing firsthand, then check out the event site, which also includes fighter profiles and their fundraising progress.