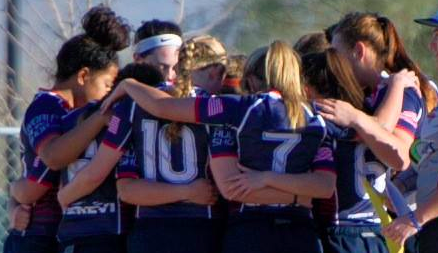 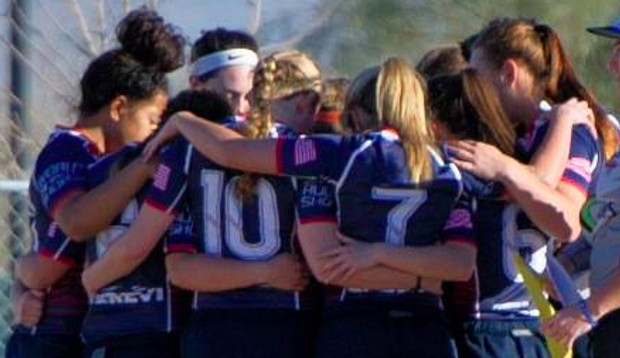 Powered by ATAVUS held its East Winter Camp in Clermont, Fla. From Feb. 12-15, 40 players lived the high performance lifestyle at the National Training Center and all are hoping for selection to upcoming All American tours.

GHSAA head coach Farrah Douglas was joined by assistant coaches Emily Bydwell, Anna Kunkel and Richard Ramirez, all of whom were present during the West Winter Camp in mid-January. Sarah Leslie served as physio and Carrie Dubray the team manager.

“The overall purpose of the GHSAA Winter Camps is identifying and assessing players within the HSAA pool and then further developing select or high-performing players through additional training and international competition against Canadian teams,” Douglas told USA Rugby.

Akin to the West Winter Camp, there were many new faces in Florida, but there was also a good group of returners who set the standard for performance. Bayleigh Gable (who just signed with Army West Point), Renee Gonzalez and Emily Henrich all represented the All Americans during last summer’s two-game series against the BC U18s. Players like Megan Bird, Giovanna Ferguson, Delia Hellander and Elizabeth Wilson have a ton of experience with all-star teams like Atlantis and ATAVUS.