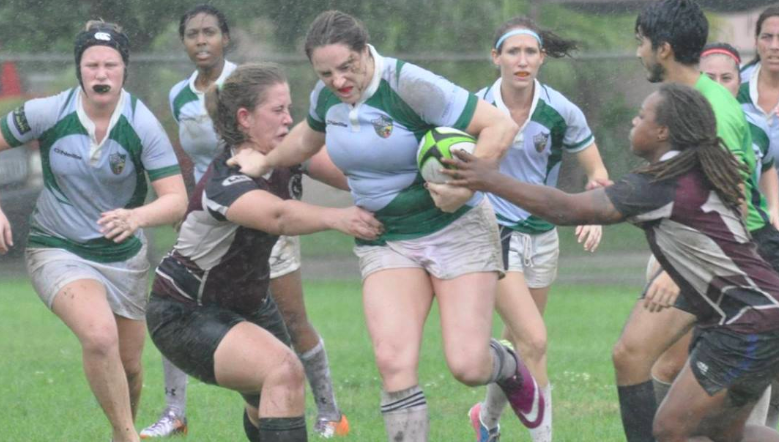 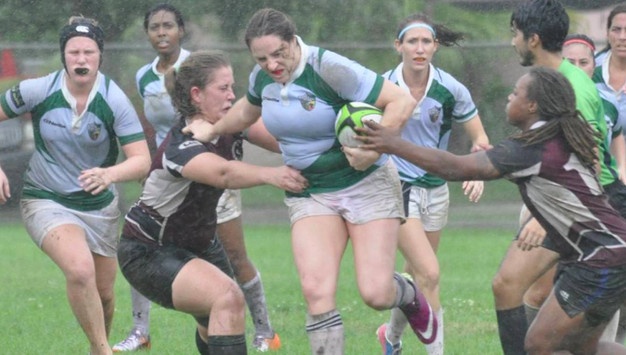 Jacksonville came dangerously close to posting a major upset over Fort Miami, but a fourth-quarter gut-check saw the Florida power hold onto a 22-21 win and improve to 2-0 in the DII league.

“We went in a little soft,” Fort Miami founding member Brie Cokos said. “Generally, we’ve had comfortable scorelines – we beat Orlando 51-10, and we’ve typically beaten Jacksonville. We were overconfident and underestimated them.”

Fort Miami’s forwards performed well. Led by Katie McAuley, the pack battled in the breakdown, counter-rucked effectively and poached possession. But the backs struggled to cope with the absence of their regular flyhalf and fullback, and the speed of Jacksonville’s wide attack. The underdogs ran in three converted tries to own the first half.

“Our replacement players have a lot of experience, but we didn’t have experience playing together as a unit,” the back said. “I know Jacksonville has been practicing since September. We didn’t start training consistently until January, and we always struggle with numbers.

“We had so many handling errors, it was shocking,” Cokos added. “That was another reason they kept coming at us. The forwards would do a great job rucking and poaching the ball, the ball would move out and there’d be an errant pass or dropped ball. The chemistry wasn’t there; that just comes with practicing with each other.”

Fort Miami entered halftime in an unfamiliar head space, and Cokos was pessimistic about a second-half comeback. Jacksonville had all of the momentum, and Fort Miami’s defense out wide was struggling. Fortunately, Virginia Perez had been running well all game, and the back accounted for two tries.

“We usually don’t have a lot of tries scored on us, and we certainly aren’t used to playing from behind,” Cokos said. “But at the start of the second half, everybody’s face was different than usual, more intense.”

Coach Talia Rottier made a key position change that affected both sides of the ball. To combat the defensive issues out wide, flanker Kristi Schnepp moved to outside center. The loose forward was also key with ball in hand and scored Fort Miami’s third try of the game.

“It was a masterful stroke of genius,” Cokos said of the position move. “Jacksonville was very fast, but they weren’t as skilled at stopping hard runners. We used a couple of switches to free her up and she was able to break through the centers.”

The fourth try was a team score, one that originated from a breakaway and followed with quick support. Lock Anne Cooper got the final pop pass for what would become the game-winner.

But there were still 20 minutes to play, and Jacksonville spent the remainder of the game challenging from Fort Miami’s 22.

Lis Gallant was instrumental in the fourth-quarter defensive stand. She played four different positions on the day and was a tackle machine at every one of them. Young flanker Stephanie Nevadunsky also output a high tackle rate. The jumper disrupted many of Jacksonville’s lineouts, too, getting her hands on the throw-in and preventing smooth attacking platforms.

“The best thing we can take away from this game is the grit and toughness we showed in preventing them from crossing the line,” Cokos reflected on the final 20 minutes. “But this was a wake-up call for us in terms of how we approach games. We can’t take anyone lightly.”

Fort Miami has three weeks off before playing Indian River at home. The new squad lost to Orlando 90-0 this weekend.

“That should be a good game to get our frustration out and get back into it,” Cokos said. “A lot of us have a bad taste in our mouths because we should have done better. But let me stress that Jacksonville played a really great game. They were aggressive, their captain pounded us, and the defense was generally stout. Three of our four tries were individual performances, breakaways, and not team tries.”

The four Florida teams play each other twice and then the South championships occur on April 30 at a True South location.