Beyond the Tackle: Teaching Anticipation 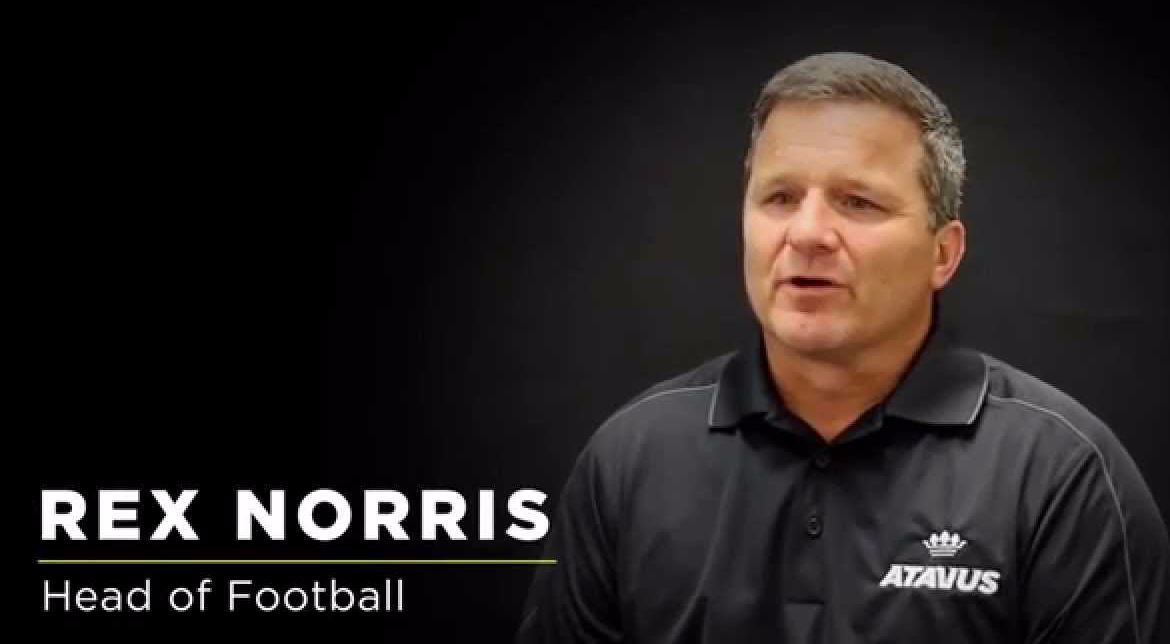 ATAVUS Football has been busy since its inception last year. Driven by Rex Norris, the ATAVUS arm has been working with NCAA and professional football programs, most notably integrating rugby-inspired tackling that satisfies growing player-welfare concerns. But the rugby and football coach is doing more than teaching a safer tackle. The call for more non-contact, non-padded skill work – across both sports – has provided an opportunity to educate all coaches on how to better engage and prepare their athletes. 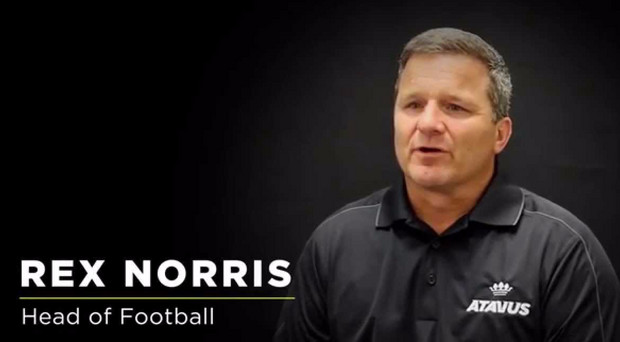 And that’s precisely what Norris intends to address during the 4th annual ATAVUS coaching conference in Las Vegas (read more). The coach will address the finer points of the tackle, which is taught exactly the same in both rugby and football, but use that particular skill to demonstrate how coaches can diversify a player’s education for a more intuitive game. Conveniently, Norris’ Kent U19 Girls team offers some practical insight:

Last year, 34 girls showed up to the first day of practice on March 1. Twenty-six of those players had never touched a rugby ball. So Norris focused on the core elements of rugby – tackling and rucking – and forewent grander concepts like attacking structure and set pieces until later in the season. Consequently, Kent was self aware of its capabilities and more confident for it, and by May 17, the Crusaders were competing for a national championship.

“It wasn’t because we had a ton of great athletes coming through – that wasn’t it,” Norris said. “They understood what they could and couldn’t do. We committed full force to the educational coaching style of ATAVUS and applied it to tackling, and applied it to rugby.”

Norris introduces the technical and then the tactical aspects of the tackle, and then varies the level of complexity, speed and level of contact in drills. That pressure doesn’t just develop a skill; it promotes learning in a more flowing, game-based manner, “which is really the kind of education that is working with today’s youth and the kind of environment they’re in,” said Norris.

This player-centric teaching has injury-prevention implications, and that’s where the football connection reiterates itself.

“In this [ATAVUS Football] role that I’m in, I’ve had the opportunity to speak with some of the top medical professionals in the country on how the brain works, concussions, education – all those types of things,” Norris said. “They said the number one prevention for injury of any kind is anticipation. The question is whether coaches are educating their athlete for anticipation and if they even know how to do that.”

That question also explains why a rugby coach would be interested in a rugby-styled tackle course. Coaches from the Oklahoma, Nebraska, Ohio State or Washington football program connect with ATAVUS to learn about rugby’s tackle, but both sports’ coaches need to learn about the analysis that accompanies the skill.

“When it comes to teaching the tackle, it’s the same info for a rugby program as it would be a football program,” Norris said. “Everything we do can be done without pads, and without a ball even. From a drill aspect, there’s movement-specific drills and decision-making drills and game-based drills that can be applied to both sports. But when you get into position-specific things that’s when it breaks off. You’ll have rugby-specific and football-specific situations that will be applied. But as far as the education of tackling, it crosses over.

“The elements of analysis, for rugby, has inherently always been there, but it’ll give those coaches a system to work off of,” Norris continued. “It’s really evident right now when it comes to tackling. The majority of rugby coaches rely on the game of rugby to teach tackling – and it does a pretty good job actually. But it’s naïve to think that that’s enough, and it’ll give them a system to work off of so the natural athlete, the one who’s really good at it, can continue to get better, and the one that’s not so natural has a process they can go with to get better. Having that system in place helps with the long-term retention for the athlete. The analysis piece is a part of that system, and for football coaches, it’s a brand-new dynamic. For rugby coaches, it might be a giving a name to some things they’re already doing.”

Looking ahead, ATAVUS Football will have a digital curriculum to support coaches, and it’ll include concepts on how to teach tackling from the initial stages and how it changes in-season and off-season.

“Just like you can work on agility 12 months out of the year, you can work on concepts of tracking and timing and add them to your strength-and-conditioning programming,” Norris said. “That has been the big ‘ah ha’ for a lot of coaches: We don’t have to have pads on. We don’t have to do live tackling, or even have a ball. We can continue to do this and have fun, and it’s really engaging for the athletes.”

Meanwhile, Norris is going to continue to expose his athletes at Kent to the same style of education. He now has 14 returners, so he can be a little more ambitious in his teachings.

“The Kent program has been able to produce a few players now at the U18, U20 and developmental levels,” Norris said. “We feel a lot of it has to do with the competitive advantage they’re getting with some of things we’re doing with ATAVUS. We don’t have the best athletes; we’re not working with a high school; we don’t have a youth program as a feeder. But they do well because they’re coming with a high level of confidence.”

The ATAVUS Coach Development Conference will be held March 2-3 in Las Vegas and address a bevy topics relevant to the modern game. Learn more here.