Kat Roche: Will Relocate to Ref 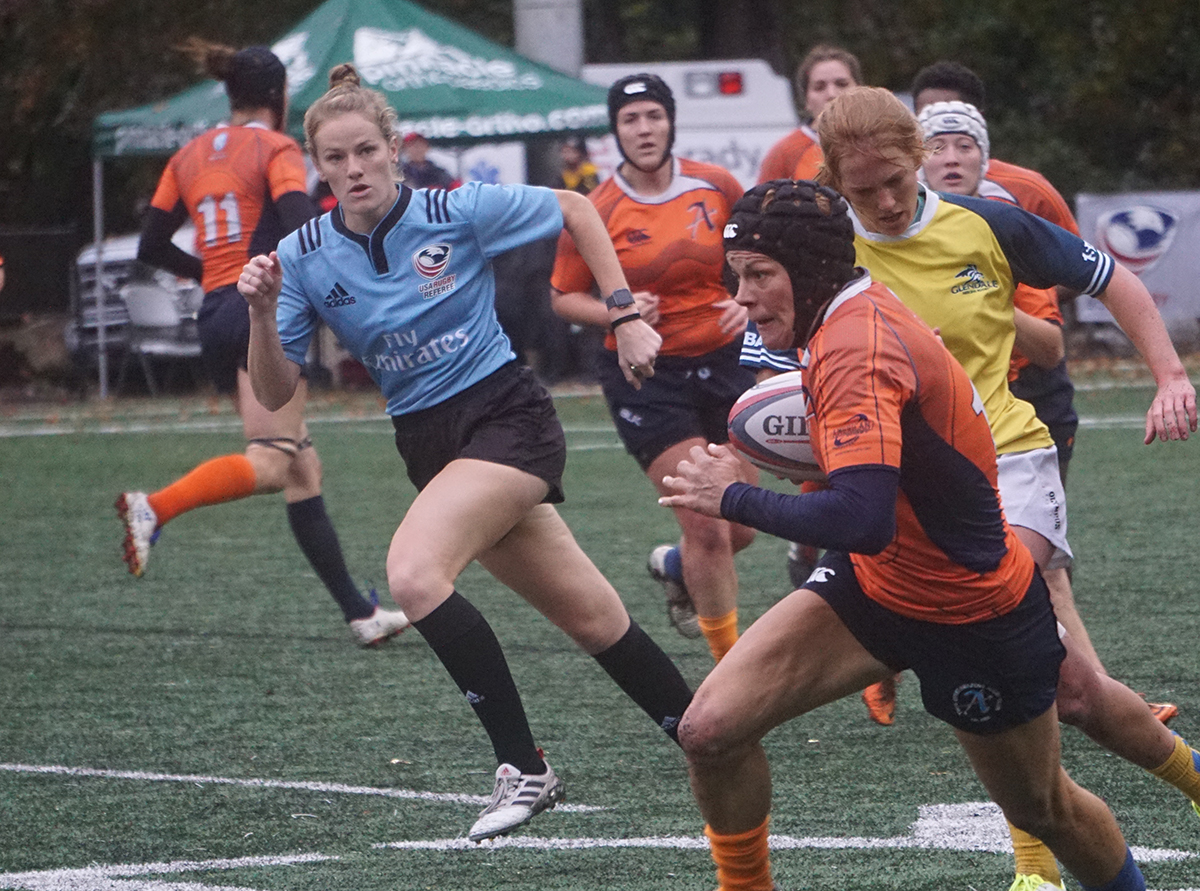 The Pennsylvania native played rugby for three years in high school and then when it came time to decide between North Carolina State and Maine – both of which carried her intended major, zoology – she made the decision based on the schools’ rugby teams. The Wolfpack had a more competitive program and thus she relocated south for another three years of play. 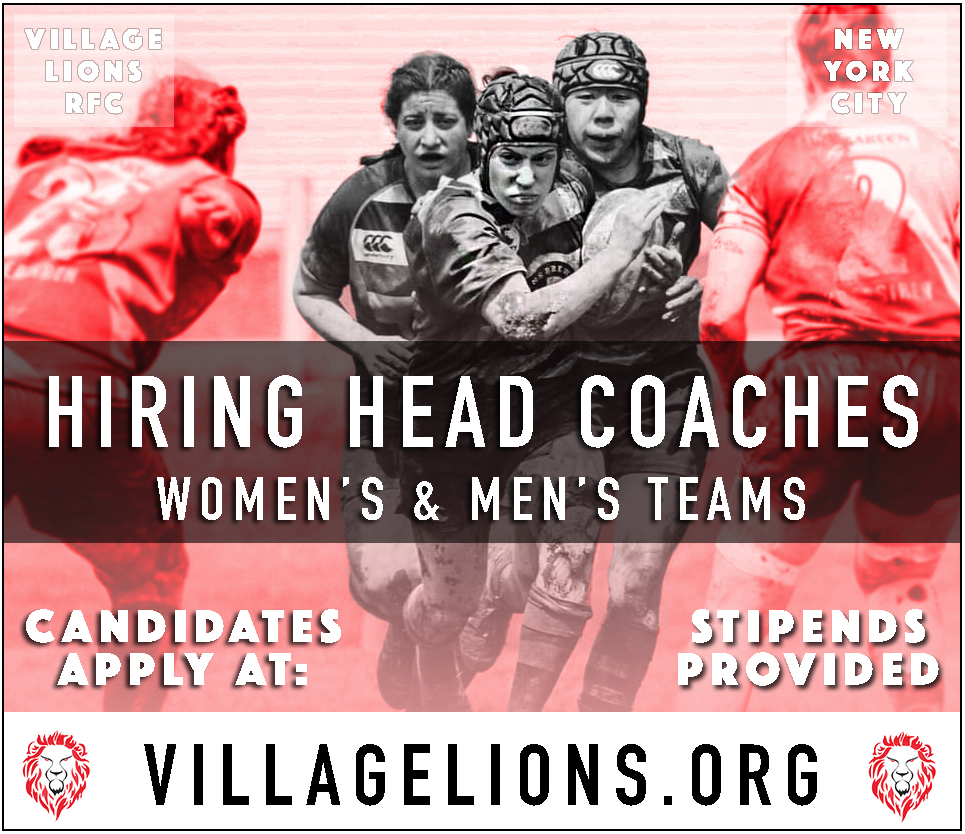 She attended some next-level camps and then took a referee course under the assumption that knowing the laws would make her a better player. It did, but it also ignited a new path. A couple of weeks after getting certified, she was officiating a collegiate men’s tournament.

“Everyone was super supportive. ‘You have a lot of potential. You could do a lot of great things,'” Roche recalled the encouragement. “I’m a very competitive person, so [it was like a] big shiny light. ‘This sounds good!'”

Roche’s fledging referee career then received another boost in advance of her senior year at NC State. She was named captain and president of the Wolfpack, and wanted to ensure she was the leader the team wanted.

“I addressed them at the beginning of the year: Do you guys want to play seriously or do you want to be a social team? Because if you want to be social, that’s fine. I just don’t have a place on a social team, because I’m going to try and push you guys,” Roche recounted the turning point. “They wanted to be social so I stepped down as president and picked up refereeing, because I could do that and be competitive.” 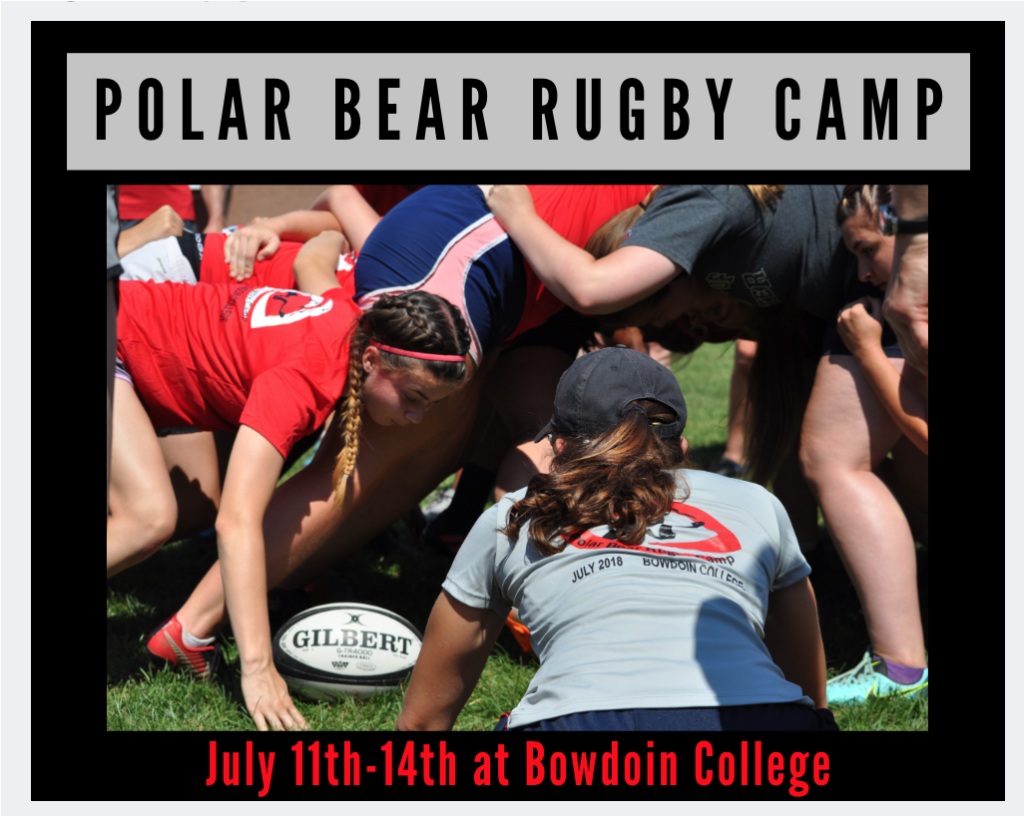 Roche refereed her senior year at NC State, and then the Southeast Rugby Referee Society sent her to South Africa for four months of the Stellenbosch training program. When she returned to the states, she stayed in-union and relocated to Atlanta for better access to Life University and the Women’s Premier League Harlequins. She started doing Life’s Tuesday scrimmages, WPL games, and racked up a lot of mileage in Marietta.

“After one-and-a-half years, I thought, ‘I’m ready for another move,'” Roche eyed Texas. “Major League Rugby was starting and Houston had a team. I moved to Austin, and I’d never been there before. My first time there was, ‘I live here now.'”

Roche has quickly integrated into the Texas Rugby Referee Association system, refereeing men’s and women’s games, AR-ing for the MLR, and taking advantage of more opportunity. Additionally, she appreciates the Scott Green system of working in teams of three.

“Most men’s clubs have three sides – so they’ll have a DIII, DII and DI game,” Roche explained that the trio will rotate between center ref and the ARs across those three games. “And so you’re always out there with a group of people and that really builds the ref community. It’s much better than going out alone.” 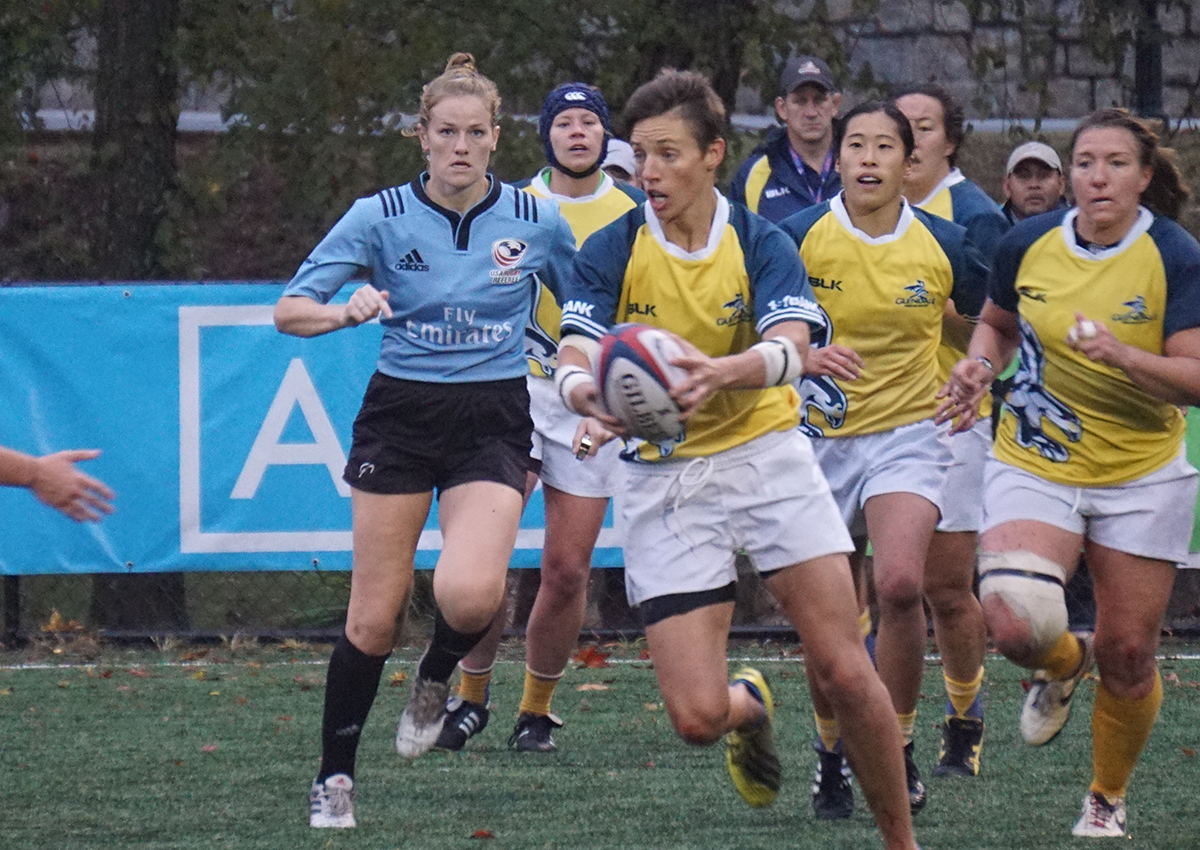 The LVI, which Roche called “a big family reunion,” also used that same principle of teams of three, who run three games back-to-back-to-back before getting a rest.

“There’s always someone to bounce ideas off of. It’s similar to here at the LVI with the team of three, and at halftime you talk about what you’re seeing,” Roche said. “You get that feedback at every game. It’s not like halftime you’re just by yourself, ‘I think it’s going well,’ you’re getting all that input. We have referee coaches, too, and they always give great perspective.”

There are some stressers, however. Texas is so big and there are so many games, the referee society cannot cover the entire state.

“Our training areas are really focused. We cover the central, which is Austin and San Antonio, the south, which is Houston, and north, which is the Dallas area, really well,” Roche explained. “But we’ve got games that are six hours outside of every town. … Sometimes a team will want a referee six hours out, but we’ll have a tournament in Austin, and we just don’t have a ref that can go out. Or a team will host a tournament in Abilene. ‘Well, if you move it to Austin, then we can staff it.’ That’s hard.” 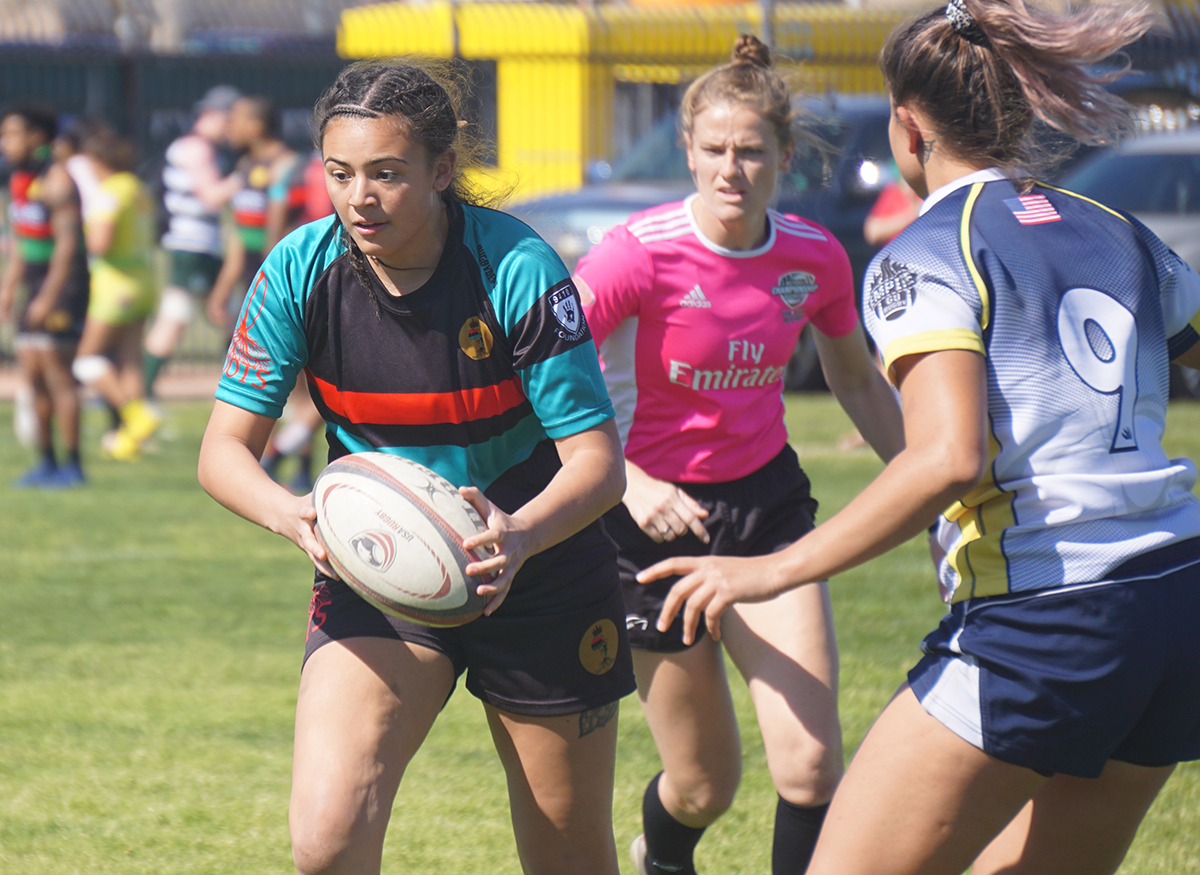 Roche has been in Texas for approximately a year and intends to stay there at least through December. In that time, she’s traveled to Barbados, Dubai, San Francisco, New York, Mexico City, Langford (Canada), Chicago, Cape Fear, Glendale, Atlanta, Bermuda, Las Vegas, St. Petersburg and all through Texas for 7s and 15s. She doesn’t prefer one form of the sport over the other and actually loves whichever version she’s currently officiating.

“My pathway looks like it’s going to 15s,” the 24-year-old continued. “My goal – obviously I would love to referee at a Women’s Rugby World Cup but I don’t control that. I don’t control selections so for me it’s be the best as you can.”

In the meantime, it’s not all refereeing. Roche has started coaching with Rookie Rugby, and she’s been enjoying teaching the sport to elementary school kids.

“I had been working at this Rookie Rugby school for one week, and then the next week they said, ‘Hey, we have a girl who wants to join the class because she saw a woman coach and thought, ‘Oh, girls can play. This looks like a lot more fun,'” Roche celebrated, and agreed.


Kat Roche: Will Relocate to Ref