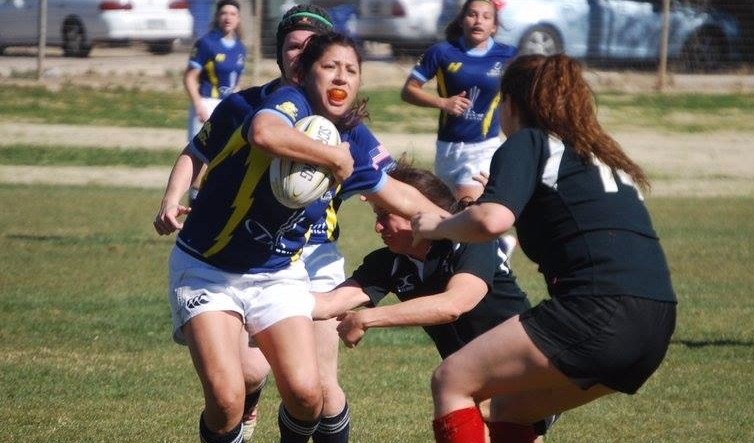 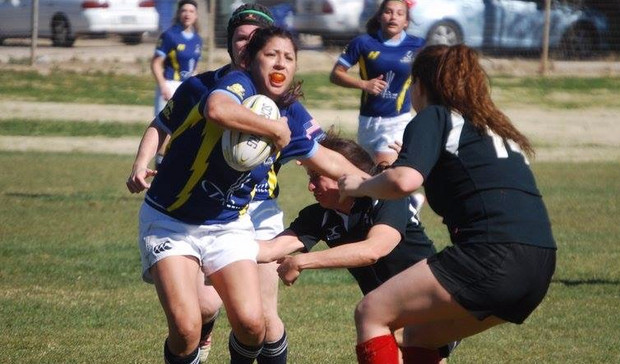 Reigning Pacific South champion Ventura and OP Lightning posted lopsided wins in week one, so Saturday’s game between the two victors was of interest. What evolved was arguably the tightest game of the weekend – a 5-0 victory to the Tucson-based team. Lightning is now 2-0 in the eight-team DII competition. (Fullerton leads the standings on bonus points).

New coach Matt “Swing” DePoint took over in the fall, and his mission has been to inject structure into the team’s game and increase the players’ rugby IQ. During league season, the coach has helped his team’s chances by doing some homework on the opponents.

“Last weekend, Ventura scored all of their tries right around the base of the breakdown – 7, 8, 9 and 10,” DePoint rattled off the try-scorers’ positions. “Obviously, we needed to be prepared for that defensive battle around the breakdown. So last week, we had two training sessions that were all defense. That humbles you pretty quickly.”

Tucson expected a hard-hitting, straight-up game featuring dominating forwards – and that’s what they got. The hosts remained courageous in the tackle, had some unrealized opportunities to score, but were drawn into Ventura’s style of game.

“We were trying to meet force with force,” DePoint said. “Our strength is in an expansive game, but we were meeting their forwards with our forward attack and weren’t very successful. Our pattern of play pushes the ball through wide channels, followed by a series of tight five bangers in the center of the field, so the backs can reset. But we kept running our bangers too long and played into Ventura’s game.” 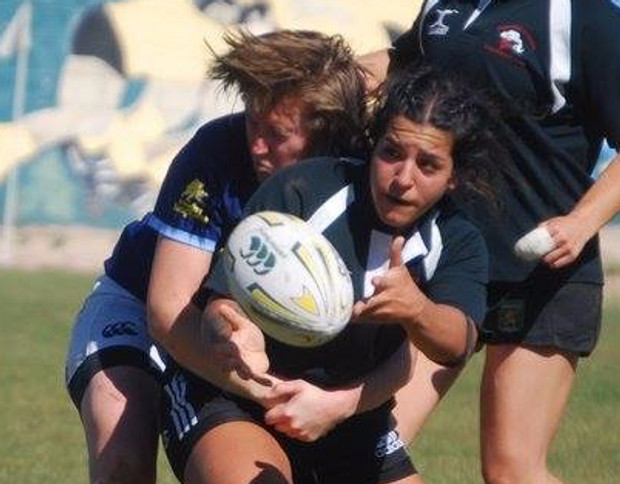 The lone score of the match occurred in minute 26, when Tucson engaged its sideline-to-sideline phase play. Basic rugby produced an overlap, and outside center Jessica Szakacs dotted down in the corner.

It was a slug fest for the rest of the match. Blindside flanker Beth Kleiman, who struggled to stick her tackles in the beginning of the game, turned her performance around and became a tackling machine. She was named Woman of the Match for her efforts. Fellow flanker Carly Gieszl exerted herself as well and was a work horse around the pitch.

Fullback Alex Rath was also on-point in the backfield. Having relocated to #15 after newcomer Amber Jones assumed flyhalf, Rath was initially nervous about her defense. Under pressure, the Arizona alumna made 3-4 try-saving tackles in the open field.

“They certainly have a swagger right now, and it’s proper for them to have,” DePoint said. “I want to foster that swagger and get them to look beyond what’s in front of them in terms of what they can do.”

Some of those improvements will come from the gym, while others will develop with game time. For example, Tucson didn’t make certain adjustments – like ramping up its kicking game to challenge Ventura’s back three – because the team’s game awareness is still developing.

But DePoint and squad are optimistic. Practice numbers have been better than ever and the depth is a work in progress. Lightning ground out a tough win against a contract-driven team, and remain undefeated in the Pacific South.