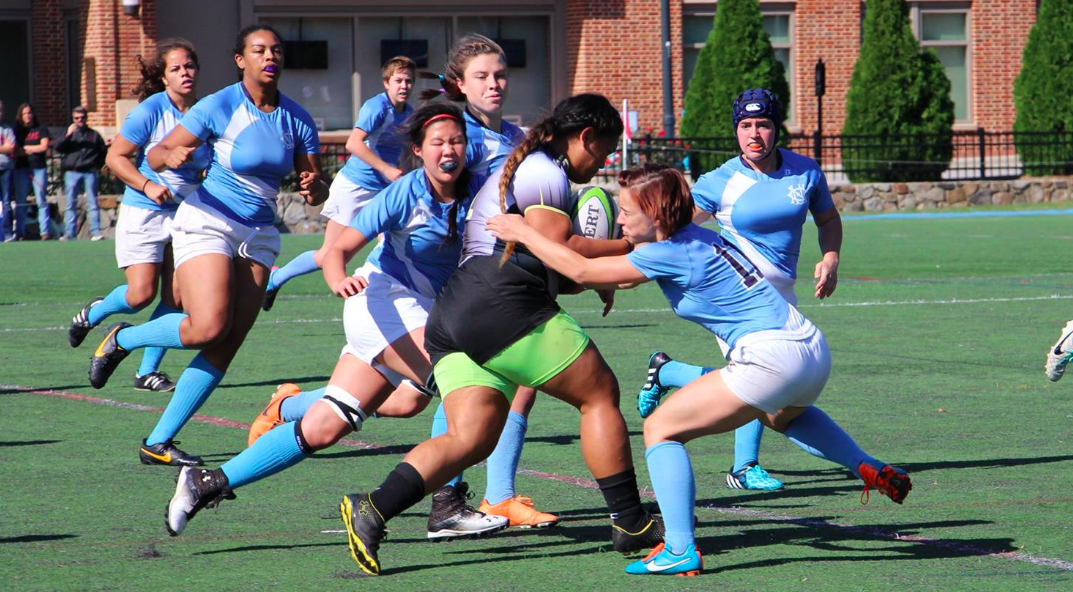 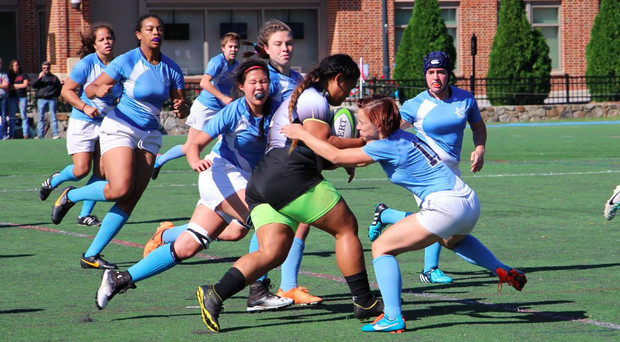 It’s been a slow and steady build for North Carolina (2-0) this year. The combination of a big graduating class with a retooling of the offense meant that fall 2015 was rough. But the New Year has seen the many moving parts mobilize, and the Tar Heels banked its second Mason Dixon win with a 65-12 decision over East Carolina yesterday.

The forwards and backs have had their own issues with which to deal. The pack felt the brunt of last year’s graduating class and had to replace the starting prop, hooker, four second rows and two flankers. Depth is an issue. Fortunately, the forwards have good leaders on which to lean. No. 8 Katie Lutton is a work horse and anchors the unit. She has competed at All American camps and pulls from those higher-level experiences. Prop Tanya Houston continues to dominate, scoring five tries on Saturday.

“She’s our big scorer,” UNC coach Johnathan Atkeison said of the front row. “She’s got great footwork, is explosive in the open field, and is a solid scrummager. She’s a big offensive weapon.”

Second on the scoreboard was wing Tavoiya Whitworth. During the previous two weeks, the back line attack was focused in the centers, but yesterday the ball went wide and she let loose. Whitworth scored two tries and slotted six conversions. Nicole Davis, Miriam Martincova (2) and Anika Anderson also scored tries.

The backs had graduated their flyhalf and inside center last year, and then lost Naya Tapper to the Olympic Training Center until, at the very least, the end of March. Fortunately, UNC had restructured the back line in the fall, distributing the load of the attack across a broader range of players. So while the teams misses the influence of the big power center, the Tar Heels were in the good position to absorb that loss.

Sophomore Kathryn Hobbs has grown into the flyhalf position, which is the hinge of UNC’s new offense. She was bred in Fallbrook’s middle school program and continued to play in high school in Virginia. Since moving from scrumhalf, Hobbs has embraced the intensity of the #10 spot and runs the attack.

“There were some areas in which they could challenge us,” Atkeison said of Saturday’s opponent. “East Carolina has big, athletic girls, and there was a fight at the breakdown. We have some work to do there – taking the space over the ballcarrier better. And we need to improve our realignment, stuff off of the ball so we’re ready to launch our attack again.”

The players are eager to improve and were critical of their output.

“Even with that score, the girls were not happy with their performance,” Atkeison said. “There were moments when their execution let them down. They’re just focused on what they need to do to be successful.”

UNC has two more matrix matches against NC State and UVA, and will test itself against Life. In the meantime, the Tar Heels will focus on building depth and settling into a new attacking pattern, and then see how far into the playoffs that’ll take them.