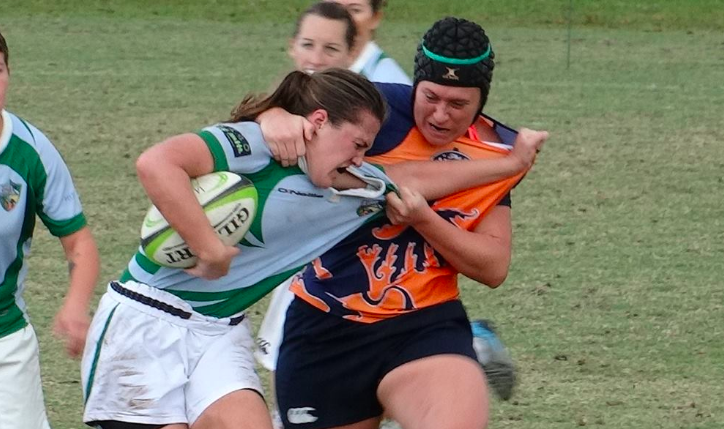 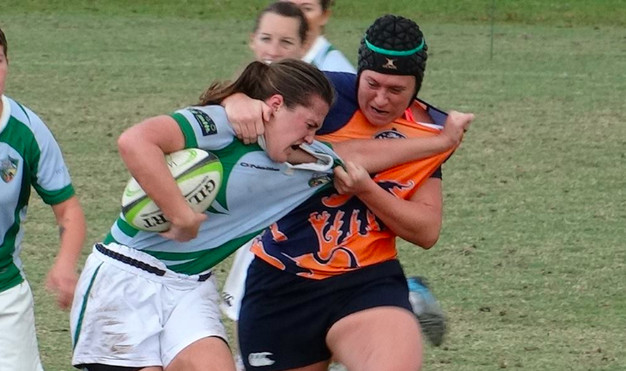 A fiery match, as expected. /// Photo courtesy of Rugby in Florida (www.rugbyfl.com)

Fort Miami coach Talia Rottier was apprehensive heading into Saturday’s match against Orlando. Aside from the rivalry that exists between these two teams, the buildup to the league opener had been uninspiring, with few games and single-digit numbers at training. Those nerves proved valid during the first quarter, as a hungrier Orlando controlled the game and took an early lead.

“Half of the team is new, and some players were meeting each other for the first time today,” Rottier considered the first 20 minutes. “We lost a lot of starting players who not only brought a wealth of experience and skill to the team, but were also the characters and leaders – the ones who made practice fun for everyone. Their absence has made a big impact on practice attendance.”

Conversely, Orlando had a good pre-season and knew the type of game it wanted to enforce on Fort Miami.

“They were dominating us at the breakdown,” Rottier said. “They were always present in support, good at poaching, rucking and counter-rucking. And our defense just wasn’t working.”

Fort Miami then decided to let Orlando have the breakdowns. If there was a clear advantage, then they didn’t contest the ruck. Instead, the team focused on moving the ball to space, leaning on its fitness and speed to take the fight elsewhere. And that’s when Fort Miami began to pull away.

“We stopped trying to beat them where they excelled and focused on what we do best, which is move the ball,” Rottier said. “Gaps opened up around the breakdown, as Orlando over-committed players to the ruck, and we exploited those opportunities and built from there.”

As the newness between players wore off, Fort Miami ran away with a 51-12 victory. Try-scorers included Dana Esposito, Brie Cokos, Megan Daniels, Virginia Perez, Vivian Junger and Amy Thornton, among others.

“Lots of people stood out, but new player Stephanie Nevadunsky was everywhere today,” Rottier said of the University of Florida alum and flanker. “She’s young, fit and was running around supporting all of her teammates. And I couldn’t even keep count of her tackles. She’s also our jumper and phenomenal in the air. She’s one to watch.”

In the backs, Rottier singled out fullback Vivian Junger, who trains in the U.S. but travels regularly to Brazil to play on the national women’s 7s team. She is in her second year playing 15s.

“She played great defense and no one got by her,” Rottier said of the multi-try-scorer. “She has excellent communication skills despite delivering them in a different language. She’s really great at directing traffic and expressing what she sees from back there.”

Rottier was pleased how the team adjusted and produced the win, and she hopes that the victory with generate excitement that trickles into training.

“The talent in our squad is phenomenal,” Rottier said. “To be able to pull together like that and be that dominant on the field makes me think that we have so much potential to exploit this season. I just need my team to commit to putting in the hard work and make the season as successful as it can be.”

Fort Miami contests its next matrix match on February 27 against Jacksonville.