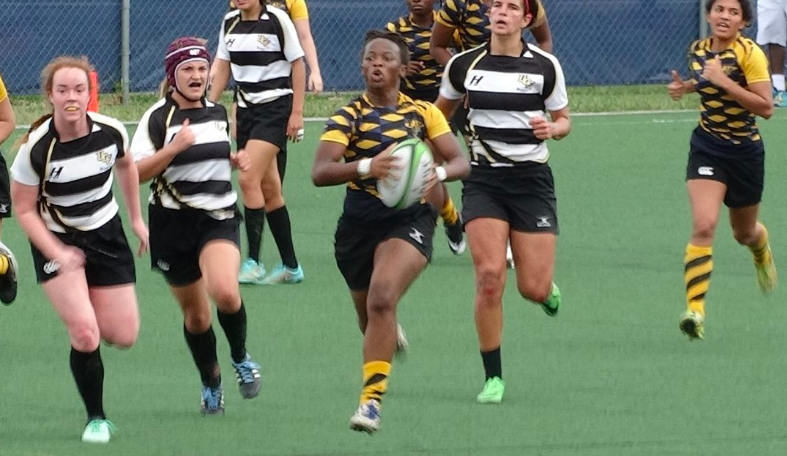 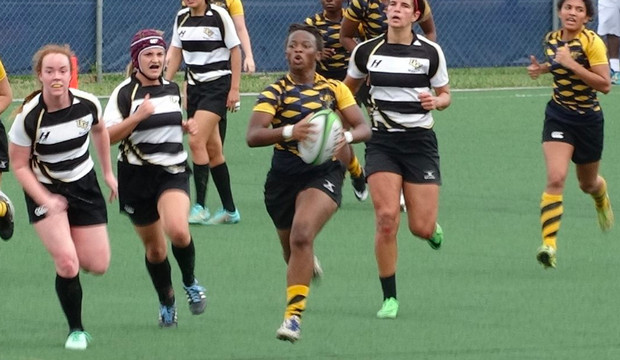 Just two weeks prior, Florida International was lamenting a 10-point loss to longtime Florida leader Central Florida. But FIU got its redemption today, defeating UCF 38-24 to overtake to pull within a point of number one in the DI standings.

“That first game was close enough that the girls knew that UCF could be beat,” Florida International coach Trevor Alfred said. “They’re bigger than us, but our forwards were the aggressors today. They came to play.

“And our fitness level was better,” the coach added. “So we made their forwards run more, kept them on their heels and tired them out.”

The forwards were led by prop Kerri-Ann Elaise. She crashed into Central Florida with gusto, breaking the line and taking several tacklers with her. Along with the inspirational performance of young prop Sam Hormiga, the forwards’ work helped set up the wide ball. Once in the hands of the backs, inside center Brittany Broomfield and Ashaunte Stroman made the most of the possession and led the team in tries scored. 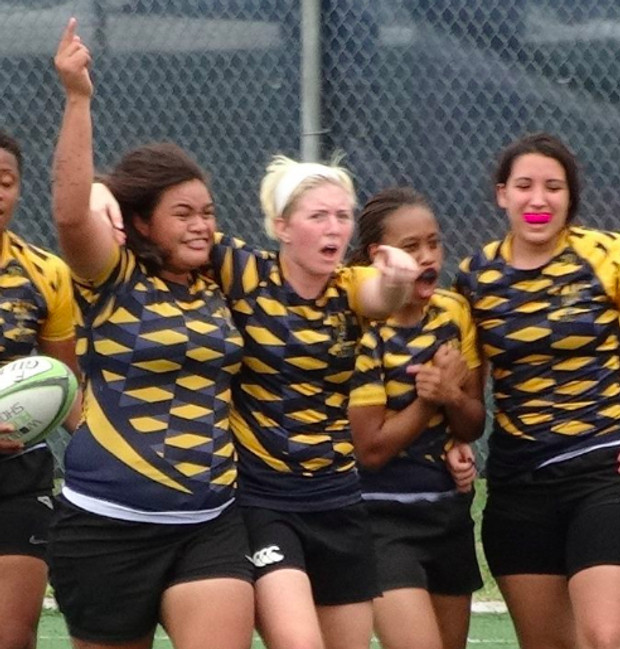 UCF wasn’t totally subdued, as evidenced by its four tries, but FIU stepped up its physicality on both sides of the ball.

“Tackling – specifically, larger players – was one of the fundamentals we really tightened up,” Alfred said. “It was a really physical game, so many hard hits and very well contested rucks.”

FIU had defeated UCF only once before – at 2012 Ft. Lauderdale Ruggerfest.

“It was a role reversal,” the coach said. “It seemed like they realized too late that we were the aggressor. By that time, it was too late for them to do anything. They kept fighting, but the wind was out of their sails.”

The loss is likely a blessing in disguise for Central Florida, which has long been the team to beat in Florida. The team has a new motivation: reclaim its old territory. For Florida International, the win was everything for the DI newcomer.

“The players met, matched and surpassed my expectations,” Alfred said of his team’s resiliency. “They felt good because, today, they executed the things they should have done in the first game. They feel a lot more confident in their abilities now. There’s a stronger team bond.”

Florida International is now 4-1, like UCF, and has three more league games remaining in the season. The matrix season will be broken up with a friendly against DI Elite Life University.

BD Picks: Games of the Weekend