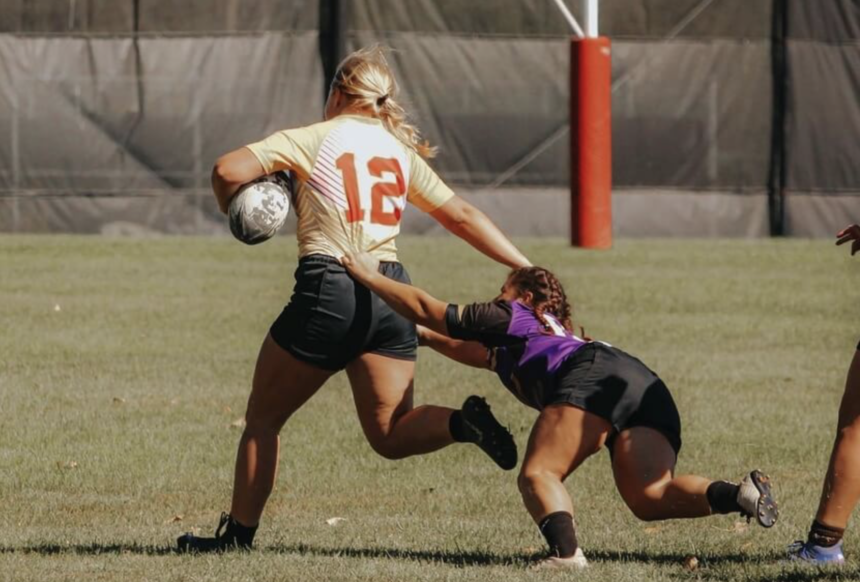 Grand Valley State and IUPUI automatically qualified for the tournament as champions of the Great Lakes and Ohio Valley conference tournaments, respectively. Both teams are undefeated in spring 7s, and are riding strong momentum into May Madness.

Great Waters’ UW-Eau Claire and MARC’s Kutztown are strong contenders for the medal rounds. UWEC is undefeated this spring and features All American Susie Dixon while Kutztown brings both CRC experience and a second place finish in the MARC 7s series.

Iowa State returns to New Orleans after placing 8th in last year’s finals. Led by All-American Madie Dunn the team is well-prepared following a challenging circuit in the Midwest Conference.

Coach Taylor Rozman has rebuilt the Wisconsin program and will lead the Badgers back to the CRC after a few-years hiatus.

Several schools will be making their first trip to the national 7s finals including Central Missouri, Coastal Carolina, Kent State, Roger Williams and UW Stevens Point. Coastal Carolina have been dominant in SARC 7s competitions this spring and Kent State, led by All American Brooke Barnes, will be a difficult opponent for anyone.

The tournament starts on May 28 with round robin play across three groups. The top four teams will advance to national semifinals on May 29, while the remaining teams will be seeded across two consultation brackets.

The semi-finals and championship matches will be played in the Shrine on Airline stadium and broadcast live on The Rugby Network.