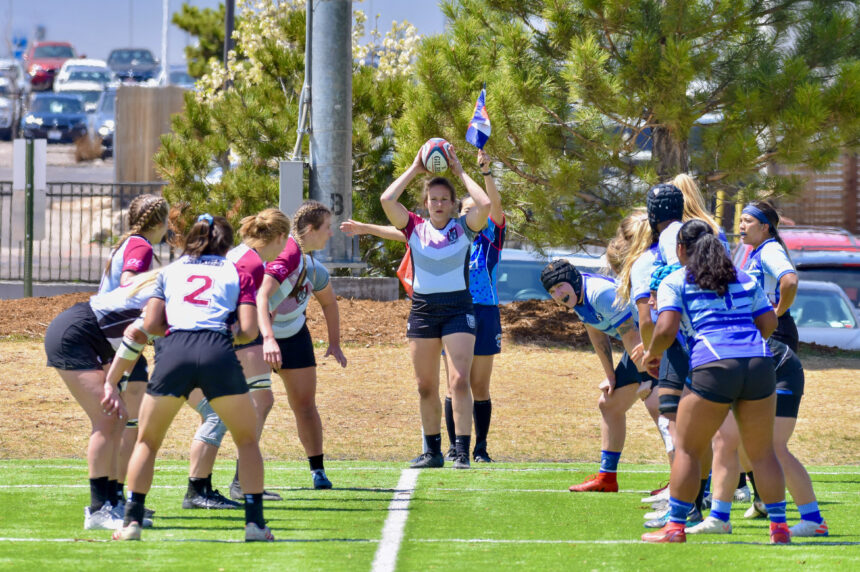 USA RUGBY – Two single-digit decisions marked Week 4 of the Women’s Premier League (WPL), and both victors – Berkeley and Oregon Rugby Sports Union (ORSU) – won on the road. They have now played everyone in their respective conferences and enjoy a much deserved bye this upcoming round. In the third match of the weekend, the Colorado Gray Wolves kept its undefeated record intact with a bonus-point win against the visiting San Diego Surfers.

“It wasn’t necessarily pretty to watch, but it was really fun because we were really well matched,” Berkeley scrumhalf Shelby Lin said of the 15-12 win against Beantown. “The whole game was super back-and-forth. A lot of intensity, quite a few knock-ons, quite a few scrums. We pretty much traded those tries. … And a credit to Beantown, they definitely have the best one-on-one defense in the WPL and extremely good defensive lineouts. We struggled to win lineouts the whole game.”

Beantown took the first lead as flyhalf Rachael Harkavy scored the opening try and conversion. Approximately 10 minutes later, Berkeley prop Abby Vogel dotted down and wing Lauren Rhode tied it up with the extras: 7-7. The home side re-established the lead through flanker Emily Prentice, and then near the 60-minute mark, wing Elena Clark scored for the All Blues. That 12-12 scoreline held through regulation and into referee time.

“We had a scrum at our five-meter line and all we had to do was secure possession and kick it to touch to secure the draw,” Beantown head coach Chris Mutty said. “It was an eightplayer pick and we didn’t secure the ball and turned it over in the ruck. Then it was two minutes of holding them off the goal line, but that resulted in a penalty 10 meters out, right in front of the posts.”

Rhode lined up the shot and kicked the game-ending penalty, 15-12 to Berkeley. 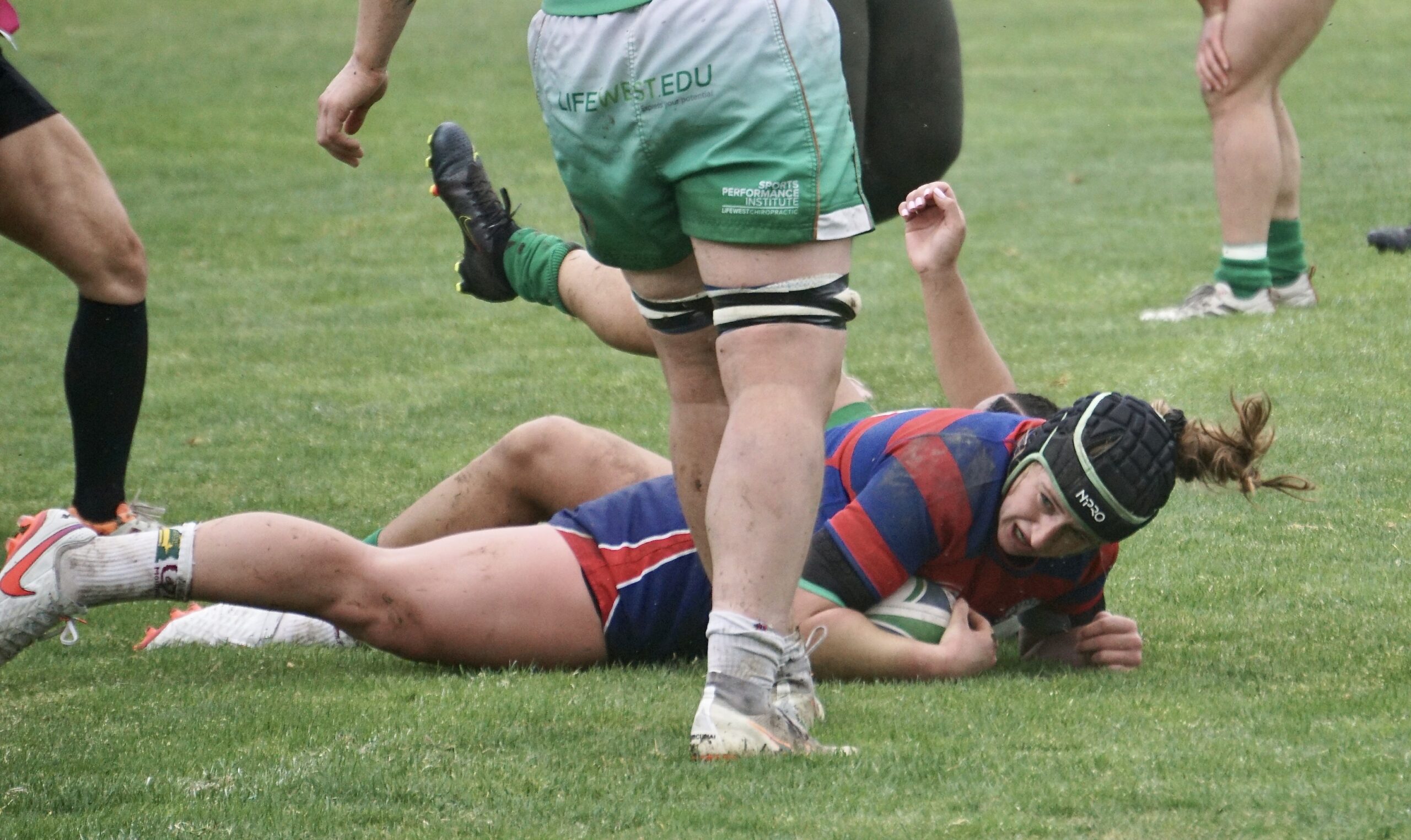 “It’s a devastating way to end the game, especially because we had the draw,” Mutty said. “But we left some points on the board and we’ll work on that in future weeks.

“It’s ball security, trying to add more depth to the game so our attack is a little more dynamic, and reinforcing the positives we’ve seen on defense: keeping up the work rate, folding and just smothering the opposition’s attack,” Mutty said of work-ons. “To hold that team to 15 points is a testament to how hard they worked throughout the day, especially in goal-line opportunities.”

“We were heading for the tie, so we were really fortunate to get that last-minute opportunity,” Lin said. “It feels really important and good for us to win after losing to Life West [40-33] in our last game. The way we see it, there are three of us very competitive at the top of the table. We were trying to get the bonus point win – we didn’t – but this puts us all in range of each other as we go into the second half of the season.”

Between Life West (3-0), which had a bye this week, Berkeley (3-1) and Beantown (1-2), their games have been decided by seven points or fewer. Atlanta (0-3) and Chicago North Shore (1-2) are also in the Blue Conference, and both have forfeited two matches. Hopefully that trend ends this week, as Atlanta can now replenish its ranks since its DI season has ended. The Harlequins sent a full team to upstate New York last weekend for the DI Atlantic Super Regional playoffs. There, it defeated Raleigh on day one and then fell to nationals-bound NOVA on day two. Atlanta is scheduled to host Life West this weekend, and Chicago North Shore – which hasn’t played since its April 9 trip to California – is due to travel to Beantown.

The Blue Conference has been holding all of its regularly scheduled matches, and last Saturday saw ORSU (1-3) pick up its first win of the season: a 15-10 victory against Twin Cities (0-3) in Minnesota. The Amazons bank a bonus point in the loss. Same as the Berkeley vs. Beantown match, the home side kicked off the scoring, but didn’t end it. Amazons wing Kaelene Lundstrum scored just minutes into the match for the 5-0 edge.

“I loved seeing the energy right off the bat on our first try,” Twin Cities No. 8 Kathryn Johnson said. “We came away with an awesome team scoring opportunity, and then we took our foot off the gas it felt like.

“We have a lot of young players right now – in age and also history in rugby – which is super exciting,” Johnson continued. “One of our biggest issues now is getting that ego, or that attitude, to take it to the next level, but it’s in reach and they’re manageable changes, so it’s very exciting.”

ORSU lock Adrienne Acosta scored 10 minutes later, and then center Brittany White scored another Amazons try: 10-5 with approximately 10 minutes to play in the half. A crucial yellow card provided some opportunity to the visitors, and Zoe Wilson and Madison Rathsman dotted down back-to-back tries for the 15-10 lead.

“I definitely felt like we were playing to their style,” Johnson said. “ORSU is a big team with big hitters and big runners. We could’ve played our game a little bit more and used our width, but that tends to happen when it’s a wet game also. … It was a really physical game, so there was a lot of defense in the second half, and that was why it was awesome to see some of these women step up in those roles, just because we needed them to.”

ORSU only rostered 15 players so there was no option for relief. It was a huge effort to hold off Twin Cities, and the Jesters prevailed with the 15-10 win.

“It was great to have a win, especially on the road,” Wilson noted. “We dominated their scrum and it was our forwards that scored our tries. I am proud of our two debuts Nincy [Vazquez at flanker] and Angie [Pavao on the wing]. They were composed under pressure and made great decisions.
“We had less than ideal conditions: strange field, rain and no subs,” the flanker closed. “Our team showed how hard we can work for each other and am looking forward to how this win will boost us into the second half of our season.”

When ORSU returns to play, it’ll be traveling to the Colorado Gray Wolves (3-0) on May 14. The Amazons fly to San Diego (1-2) this weekend. 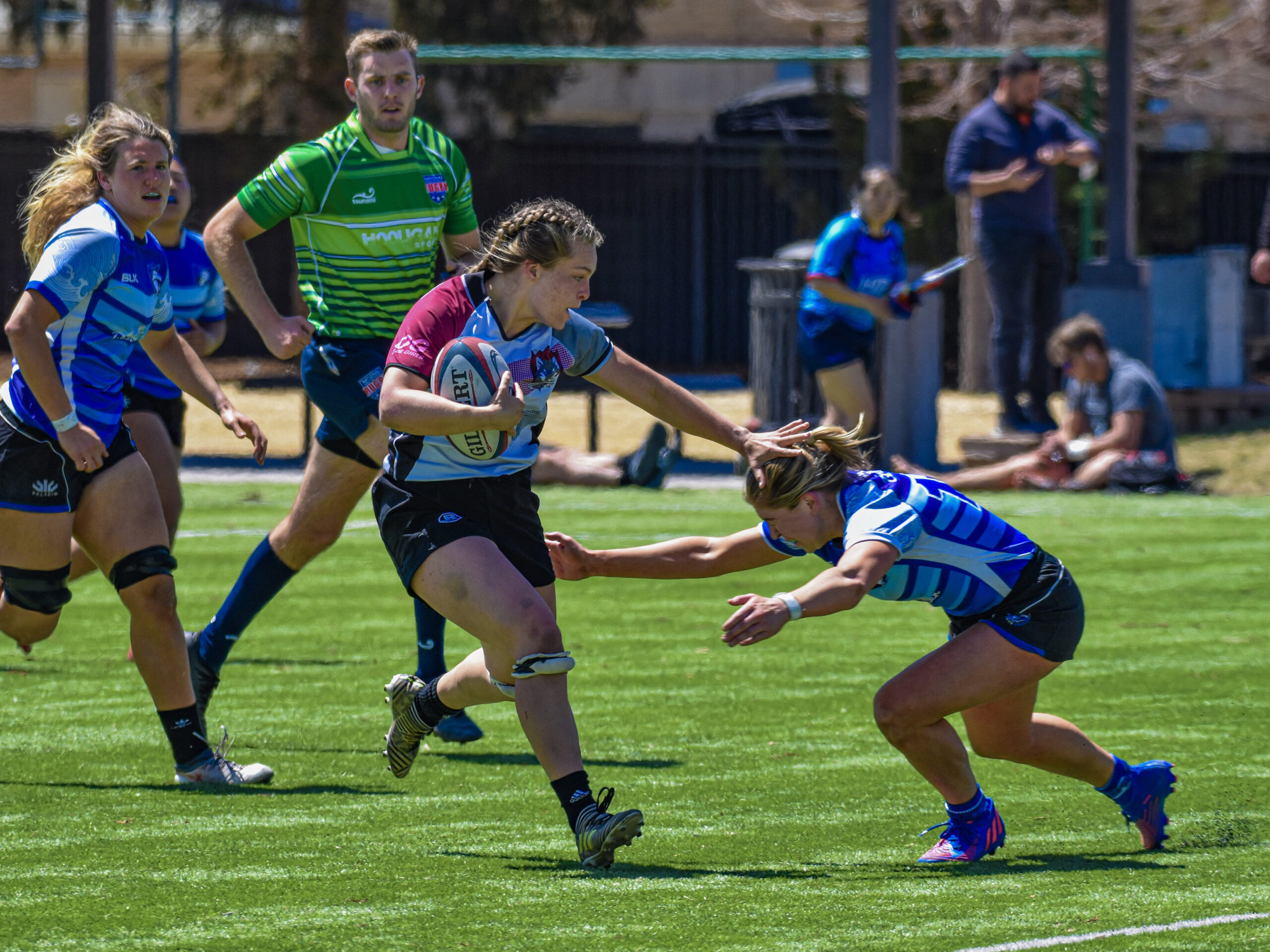 On Saturday, the Colorado Gray Wolves defeated the visiting Surfers 60-7 and they lead the Red Conference with 15 standings points. New York is also 3-0 and will host the Gray Wolves this Saturday.

Madison Slaught, Sam Sullivan (3) and Beatriz Amaral scored first-half tries for the home team, and Hannah Tennant’s four conversions and penalty kick gave Colorado a 36-0 lead before the Surfers’ responded. San Diego captain Teigan MacDonald scored after the break, and Hunter Griendling converted (36-7), but then it was the Gray Wolves the rest of the way. Caitlin Weigel, Jess Dombrowski, Sullivan and Slaught scored, while Tennant added two more conversions in the 60-7 win.

“The score is obviously not what we were after on Saturday, but there were many learnings that we were able to walk away with,” San Diego vice captain Julia Buescher explained. “A good chunk of the team is new to WPL, let alone playing in Denver, which is never an easy task. A lot of our team stepped up to the plate and were forced to play in positions they’ve never played before. This allowed us to see many different combinations, which I’m looking forward to sharpening in the next few weeks. Walking away with a loss that severe definitely hurts the heart but it’s a humbling experience.

“We’re going to get after it this week at training, fix the things that need to be fixed, like our work in the rucks and our structure on attack so we’re better prepared for the Amazons when they come to San Diego next week,” the lock closed.