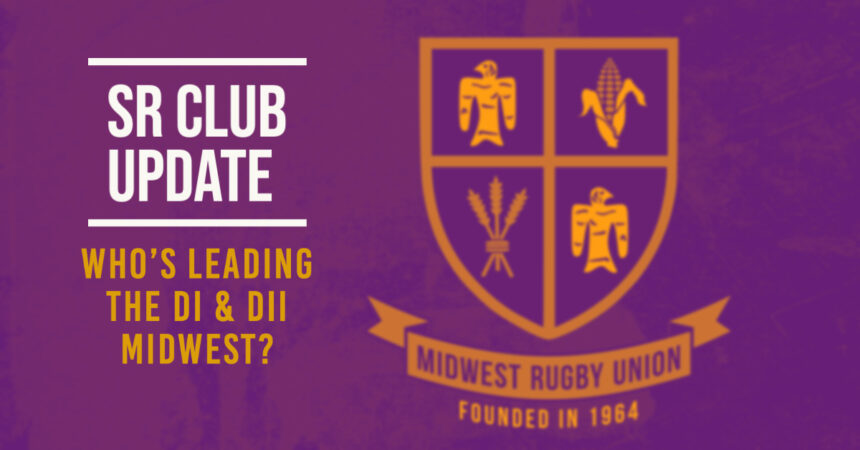 The Midwest Rugby Union is farther along in its senior club 15s season, having activated in late August. Play-ins begin on Oct. 22 and playoffs continue until Nov. 12, when divisional champions will be named in Lemont, Ill.

Reigning East Conference champion Pittsburgh is also 2-0 so far, but it’s been tight: 29-25 vs. Cincinnati and 34-25 against Detroit (1-2) last weekend. Buffalo is still looking for its first win but currently in the middle of a three-week bye period. The upstate New York team will retake the pitch on Oct. 8 against Cincinnati.

In the DI/DII West Conference, Metropolis (4-0) and the Chicago Lions (3-0) sit atop the table. The Valkyries have put up massive numbers, and three of their four wins have been shutouts. The Lions are getting the job done as well, beating Palmer, Chicago and Milwaukee 119-27. The two leaders have a bye this weekend and then Metropolis hosts the Lions on Oct. 8.

Meanwhile, DII teams Palmer College (2-2) and Milwaukee Scylla (1-2) continue to show that they belong in this hybrid league. Both have defeated DI Wisconsin (1-3), and the Dragons topped Chicago (0-4) 17-14 last Saturday. Scylla fell 36-12 to the Lions.

Come playoffs, the top-two teams from each hybrid conference will funnel into the DI semifinals, and the remainder will redirect to the DII post-season.

There are three DII-only pools in operation. The eastern pool played four weeks straight and now all four teams will enjoy a bye this weekend (unless any games have been rescheduled for the bye week). No team is undefeated, but Akron and North Buffalo are atop the standings at 3-1. Akron beat Cleveland (0-4) 74-5 on Saturday, while the Ninjas beat South Buffalo (2-2) 34-17.

In the western pool, only the Minneapolis Menagerie (1-2) have played all of their scheduled games, as a set of cancelations has added unexpected bye weeks to the other four teams’ calendars. County Will Morrigans, Oconomowoc and Twin Cities are all 1-0, with the Amazons playing and winning their first game (35-0 vs. Minneapolis) last Saturday. Univ. Northern Iowa star Maggie Burns scored three tries for the Amazons and was named backs MVP. Twin Cities is back in action Saturday as it plays its previously canceled match against Oconomowoc.