NorCal Kickoff Tournament is Back for HS, MS 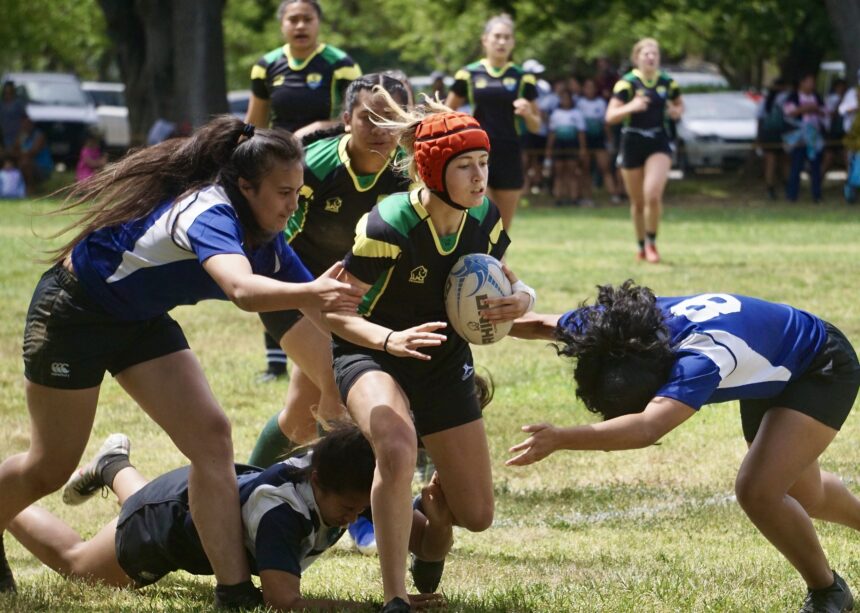 Just when it looked like the Rugby NorCal Kickoff Tournament (KOT) was going to be canceled, members from the Pleasanton Cavaliers stepped in to save the crucial pre-season event. This Saturday, Feb. 19, 14 high school sides will be playing 15s and 10s in Livermore, Calif., and eight middle school squads will be playing 7s.

The KOT has traditionally been held in late January in the Sacramento region, and in the recent years prior to Covid, there was also an April invitational (that drew teams from SoCal, Utah and Hawaii) at Robertson Park. This spring, which is still very much a pandemic-impacted season, the KOT has shifted south but to a familiar venue and with the same playing opportunities.

There are six high school teams from Sacramento and the Bay Area playing 15s, and they’re divided into two groups:

The 10s bracket is structured similarly. Eight high school and club teams are divided into two pools of four, and each team will have three 20-minute games during pool play:

Like the 15s bracket, standing points will seed the pools and teams will head directly to placing matches. The top teams in both pools will contest the championship (4:30 p.m.), and so on and so forth.

Like its elder counterparts, the middle schoolers will play round robin games and then cross over for 1st, 3rd and 5th place matches.

Games begin at 9 a.m. and the final kickoff is scheduled for 5 p.m. Full schedule below: 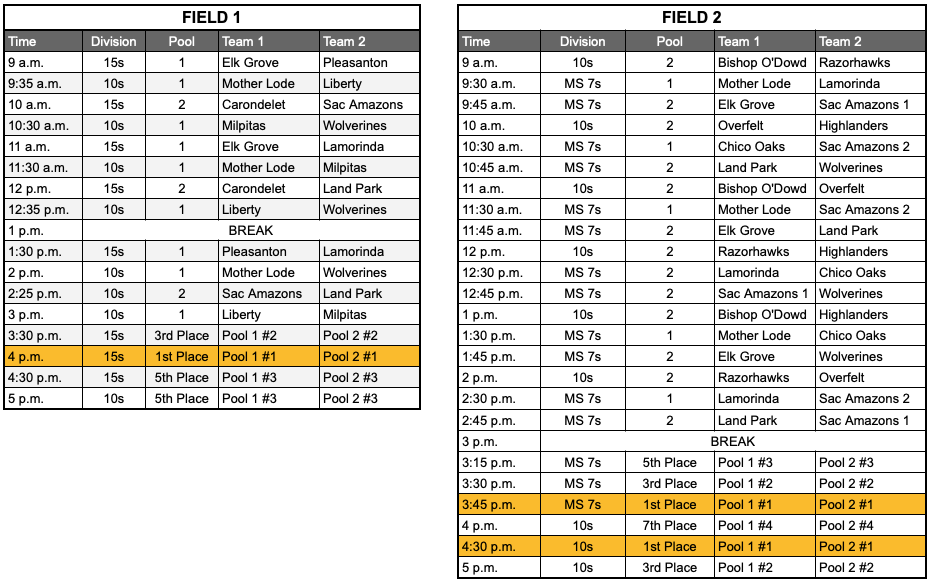