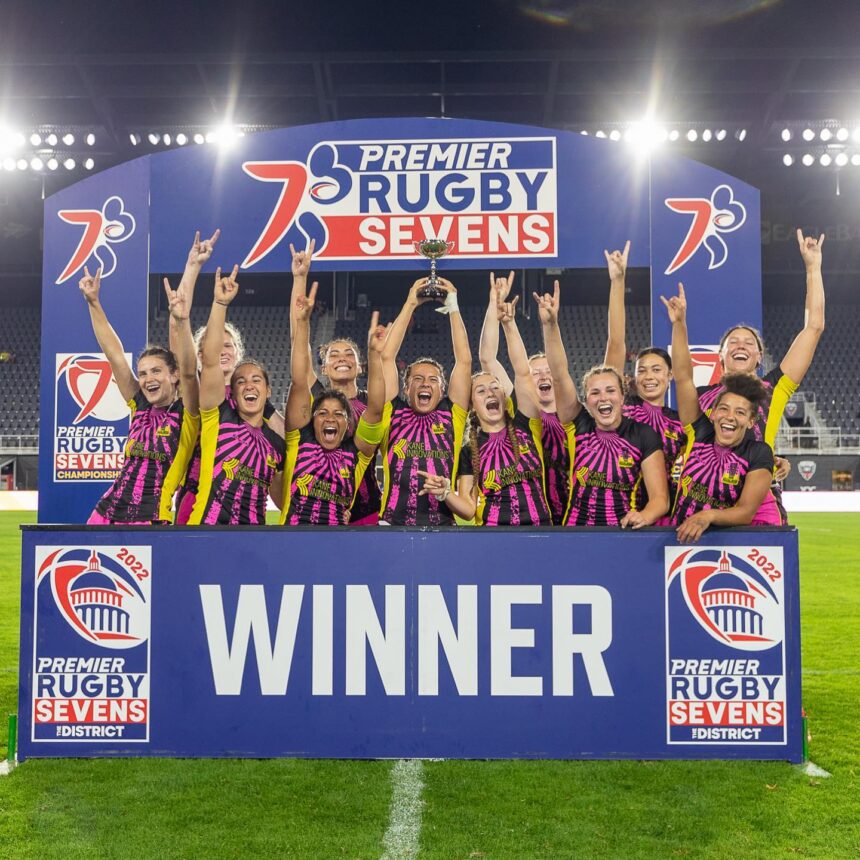 (AUSTIN, July 26, 2022) With the weather forecast calling for continued excessive heat on Saturday, July 30, Premier Rugby Sevens (PR7s) announced they are shifting their Austin Championship start time by two hours and will begin at 5 p.m. Central. The PR7s Championship was originally scheduled to take place on Saturday starting at 3 p.m. Central.

As the first league of its kind with men’s and women’s teams competing under one umbrella with equal pay, the PR7 Championship will boast a party-like atmosphere with bands, DJs, games, contests, and costumes. Tickets for each event are available at PRSevens.com/tickets.

Three championship trophies will be earned on Saturday – a men’s champion, a women’s champion, and sports’ first-ever United Championship prize that unites the men’s and women’s competitions. The combined points throughout the 2022 season will determine the winner of the United Championship. Eight teams compete within four brands: Experts, Headliners, Loggerheads, and Loonies. A men’s team and a women’s team represent each franchise. Current standings can be found here.

All matches will be available to watch live for free on Saturday, July 30 starting at 5 p.m. Central / 6 p.m. Eastern via Fubo Sports Network at FuboSportsNetwork.com or on smart TVs and connected devices. Outside of the U.S. and Canada, the broadcast is available via Facebook.