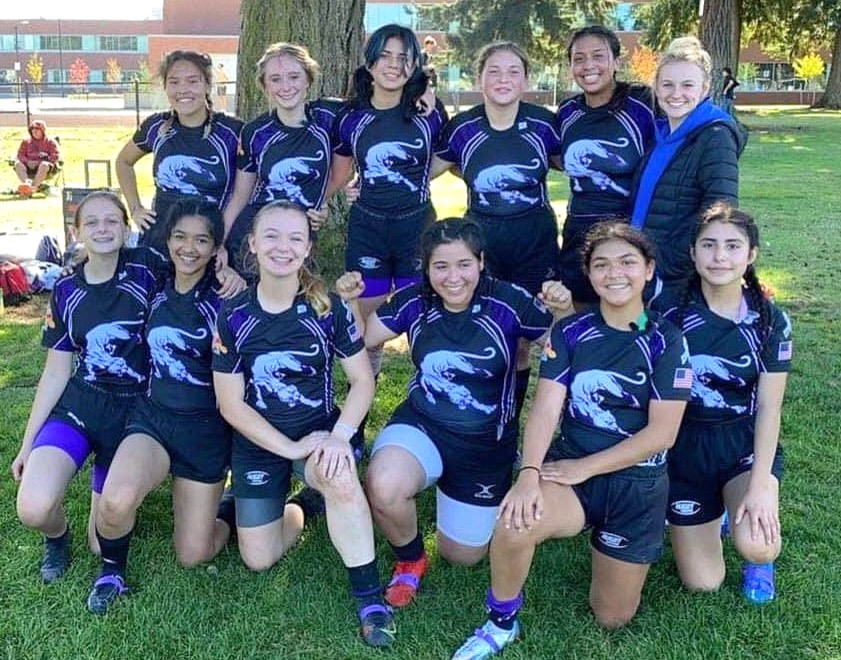 High school rugby in Oregon is back. After a week’s delay, the Rugby Oregon fall 7s season kicked off Oct. 2 and will continue through Oct. 30. Teams will play all of their games at Glenhaven Park in Portland, and the fall will culminate with a championship tournament.

The girls’ bracket has five teams competing: Valley Panthers, Salem Snapping Turtles, East County/Grackles, Newberg Lady Tigers and the Reynolds Lady Raiders. In round one, all but one squad played three games apiece, and Valley put in a solid performance going 3-0, outscoring opponents 94-26.

“The girls’ squads definitely came to play,” Rugby Oregon Info Systems Coordinator Lawrence Anderson noted. “I think the most significant win of the day was that everyone seemed to have a good time and there were no major injuries.”

Valley played its closest game of the day in the opening round, defeating Salem 19-12, and went on to beat Reynolds 46-0 and Newberg 29-14. The Snapping Turtles finished the day second in the standings, getting two wins against East County/Grackles 30-12 and Reynolds 20-0. East County beat Newberg 29-15 for its first win of the season, and the latter banked standings points with a 10-5 win against Reynolds. The Lady Raiders had won the summer 7s series, a four-stop season that occurred in July.

“Most of the high school boys coaches opted not to compete with local high school football programs, so the boys’ squads were smaller in number but there was still plenty of good rugby,” Anderson explained. “The Eastside Tsunami showed up with two full teams and players to spare. Eastside Pink and Eastside Black faced off first with Black defeating Pink 21-7. Black faced the Westside/Lincoln squad first, with Westside scoring 12 points to Eastside Black’s 31. Westside faced Pink next and again scored 12 points against Eastside Pink, who closed the match with 29.”

The teams reassemble this Saturday, Oct. 9 with the following matches (times in Pacific):