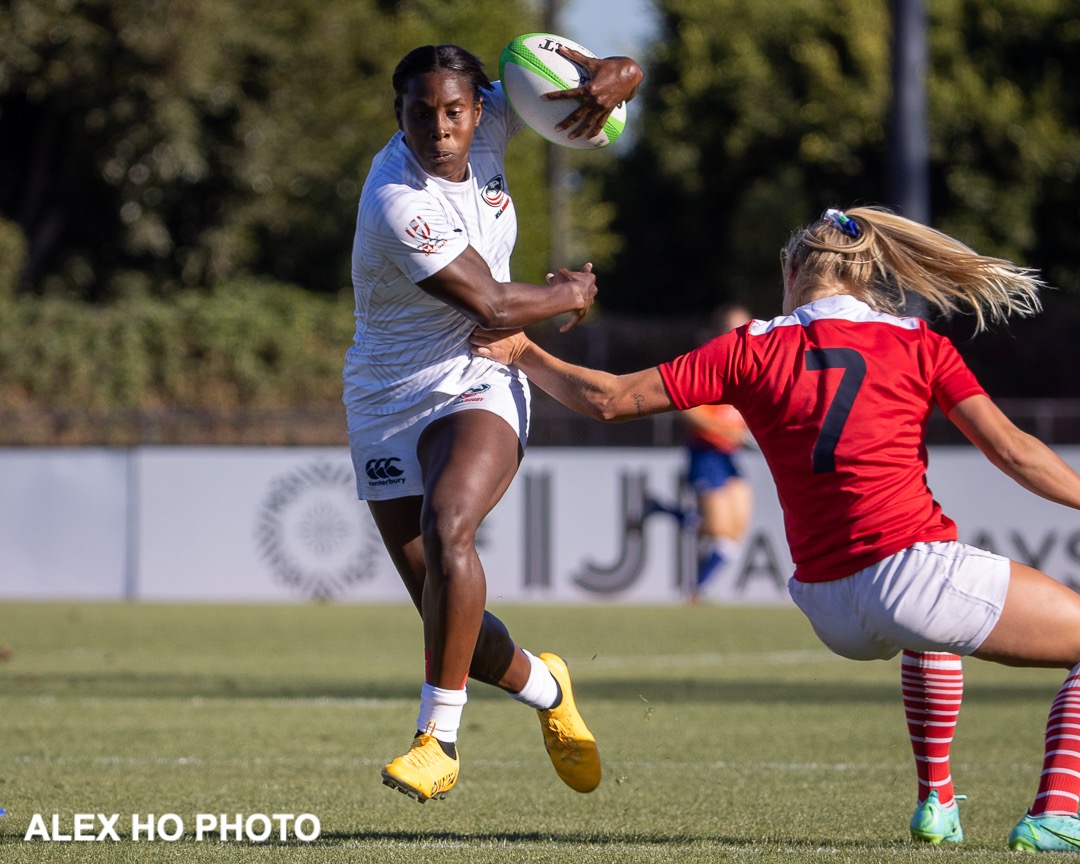 Naya Tapper is one of the marquee players featuring in the Premier Rugby 7s (PR7s) inaugural championship this Saturday, Oct. 9 at AutoZone Park in Memphis, Tenn. But the Olympian is also involved on another level; she’s behind the Talent Transfer Project (TTP), which held its first camp in September, and has future events scheduled.

RELATED: How to Watch PR7s

“I’ve always been aware of the opportunities that rugby provided me, and how late I did come into the sport and was still able to capitalize on those opportunities,” Tapper retraced her pathway from UNC track athlete to rugby player. “Over time, it did become a passion for me: How can I get this sport into areas and to people that know nothing about it, but could be great at it and benefit from it as much as I did?”

Tapper began interning with Emilie Bydwell, USA Rugby’s Director of Women’s High Performance, and she encouraged Tapper to start a project during their time together. That’s where the TTP came to life.

“Some of the best players on our [USA] team played a different sport. A majority of them did. And a lot of the reason behind that is because rugby isn’t that big in the U.S.,” Tapper said. “A lot of [rugby] coaches were looking to turn athletes into rugby players instead of going out and finding rugby players, because there weren’t many rugby players to go out there and find.

“So going and getting a track athlete, going and getting a soccer player or a hockey player and turning them into the best rugby players in the world has become the USA way and I feel like it has set us aside from a lot of teams and allowed us to have the success that we’ve had so far,” Tapper continued. “I wanted to feed off of that and go look in the U.S., in the athlete realm, and see who we were missing out on and who could possibly be very beneficial and impactful to the USA and our game, specifically the women.” 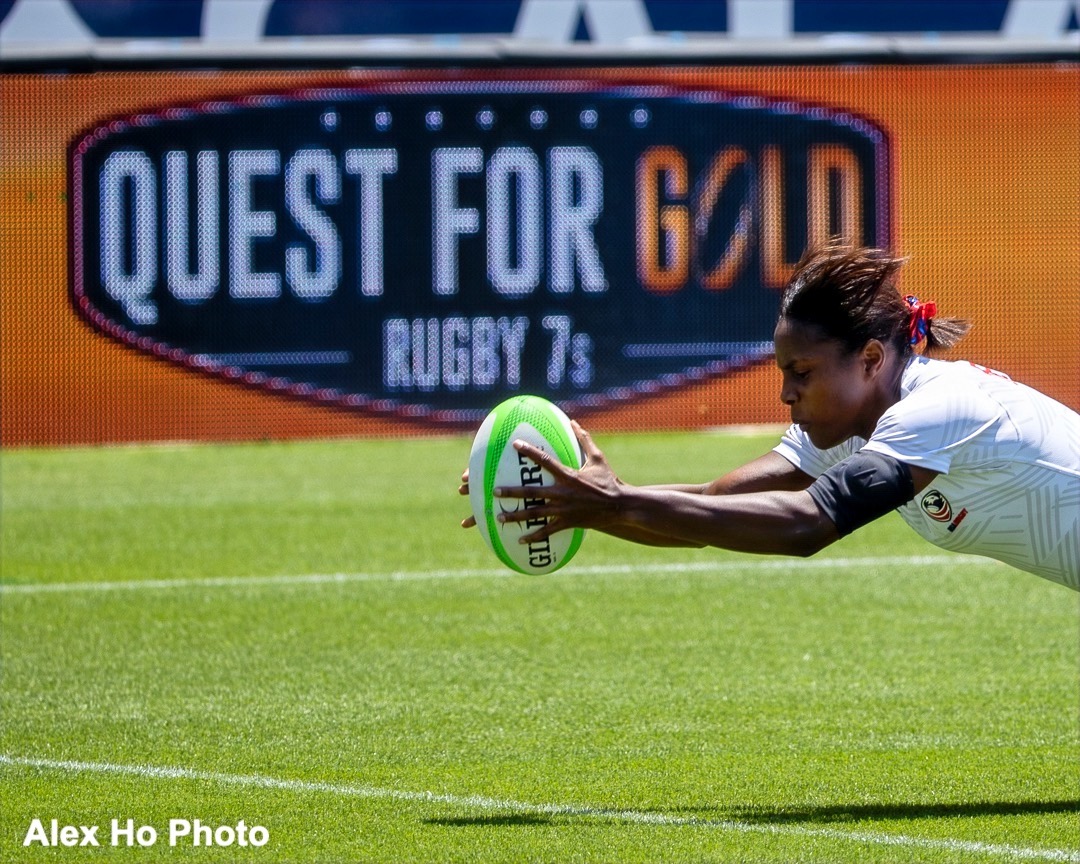 Coming out of the Tokyo Olympics, Tapper is especially interested in those players who can help the USA to Olympic Gold at Paris ’24 and LA ’28.

TTP is currently focusing recruitment efforts on college seniors who won’t be going pro in their number-one sport but are still looking to pursue athletic or pro careers. The creation of the PR7s helps those conversations along.

“I think [PR7s] is very beneficial because we all know if somebody’s selling something to you, you want to know: What am I getting in the end? What is all my hard work going toward,” Tapper explained. “[We’re] able to provide them with multiple options. Instead of, ‘Oh, you could be on the national team.’ In reality there are only 24 girls that can be on that team. So you have to be able to provide them with other options and that’s the benefit of PR7s. If you can’t make the national team, then you could go play professionally for the U.S. on another team. If you can’t make a PR7s team, you could go play for one of the top club programs. It’s all about building a pathway and different options based on what talent level they’re at when they’re trying to get to next level.”

TTP held its first camp on Sept. 26 in Charlotte, N.C., and the fact that that event was able to come together logistically is a win in Tapper’s book. There were good numbers, but not necessarily from the target audience.

“I think the majority of the athletes there had played rugby for a good amount of time so it came off as more of a rugby camp versus a crossover athlete camp,” Tapper said. “At the end of the day, we still want to build up rugby players, and promote rugby players that are playing now, and see what opportunities we can provide them. So I do hope for the next one we can do a lot better in advertising so we can get the athletes that we’re specifically trying to target.” 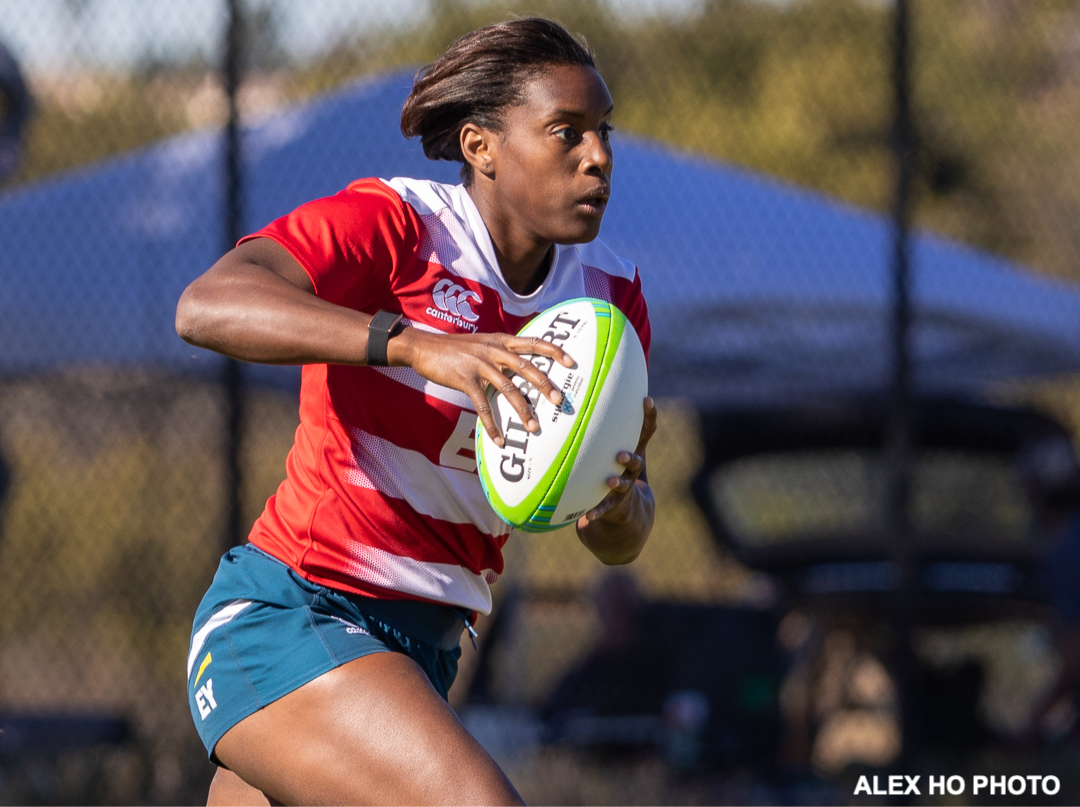 But it’s not just advertising the opportunities connected with the TTP, but feeders need to built from other sports.

“I think what will be the biggest aspect of reaching our goal with the camps is being able to build relationships with college coaches who we can trust that they’ll actually share the information with their athletes,” Tapper said. “Because no one really wants to share their athletes whether they’re their top athletes or not. So building those relationships where we say, ‘We can provide you with this, if you can provide us with athletes,’ that’s going to be the most important thing for this next camp that we have that we didn’t take into consideration for the first one.”

Hopefully PR7s gives the TTP a nice boost and at the very least will be a tangible product that newcomers can wrap their minds around. Tapper is captaining the Headliners, which includes two other Olympians, two internationally capped athletes (Mexico and Canada), another five capped USA 7s Eagles, and USA Club 7s National standouts. Tapper is one of three full-time professional athletes on the Headliners, and found the integration with her amateur counterparts to be pretty seamless.

“It isn’t too challenging honestly with how much rugby has improved in the last five years,” said Tapper, who grimaced when she recalled her entry into the professional environment five years ago. “The skill level has improved along with it, for both the men’s and women’s sides. Even today [Monday] we had our first training, and you can expect to go in wondering, ‘Are we going to mesh skill wise?’ And we had a great training today and I was really excited to see that everyone was on the same level in terms of passing, in terms of rugby knowledge, reading the field and defending. … It’s been a breath of fresh air to see how much rugby has improved over the past five years.”

And if Tapper has anything to do with it, the TTP will keep driving the standard upward and develop new feeders into the sport.


How to Watch PR7s