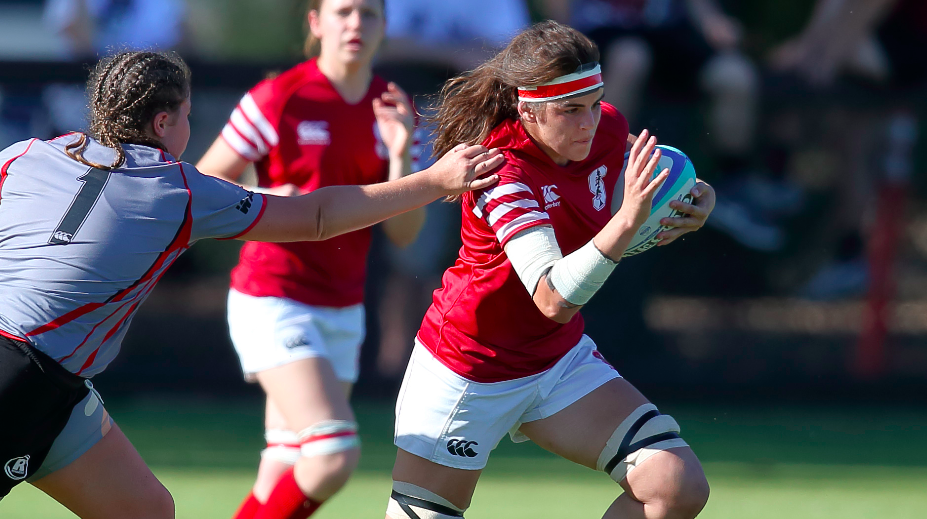 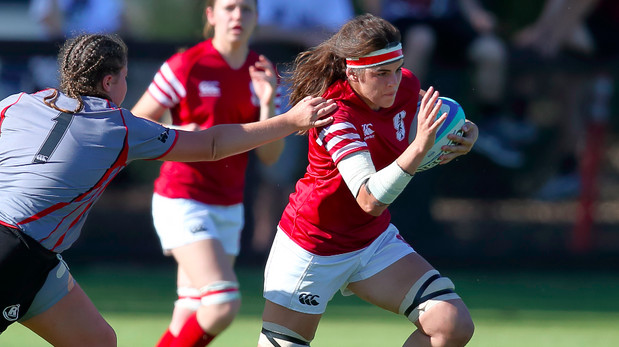 Stanford’s Julia Howell is one to watch this season. /// Photos courtesy of Hector Garcia Molina

Stanford has confirmed that it is competing in the inaugural DI Elite championship this spring, and rounds out an eight-team field comprised of teams from around the country. It’s new territory for all of the teams involved, and the Cardinal will take on this challenge with new coach Josh Sutcliffe.

The former USA Rugby Director of Coach Development relocated from Glendale, Colo., where he played for the Raptors and served as a technical scrum resource for both the men and women. Sutcliffe had been looking for a coaching opportunity, and the departure of Matt Sherman to Army West Point opened up Stanford’s Director of Rugby position. Sutcliffe was in Palo Alto, Calif., by September 2015.

“It’s always fun to be in an environment where you can coach more than one team,” Sutcliffe said. “It’s always good to keep learning, while also understanding how many things go on at a university as big as Stanford, and to know I’m a part of it.”

Sutcliffe joined a women’s team that had seen many impact players depart at graduation. Recruitment had gone well and a bevy of rookies awaited instruction. For the newcomers, the coach focused on “just playing and understanding space, which is probably different than how the current players learned.” For the returners, the biggest adjustment was simply acclimating to a new coach, one who asks a lot of questions during training and places players into constant decision-making scenarios. 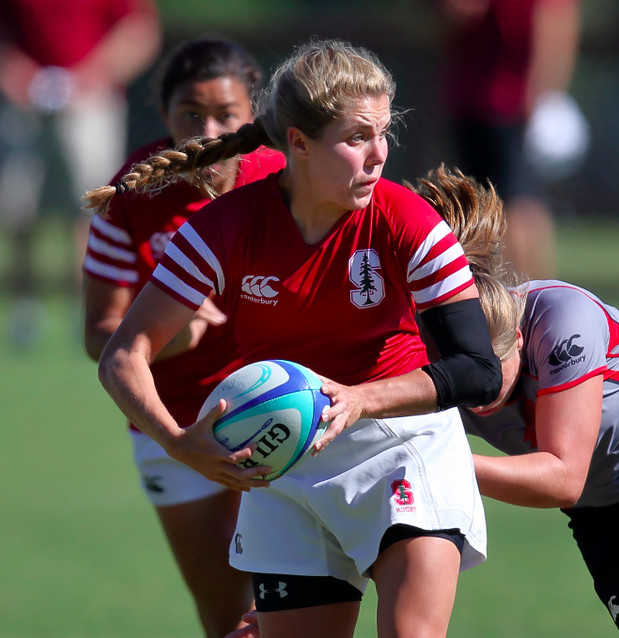 The first test was a fall round robin against UN Reno and Santa Clara, DII teams from the West Coast conference. The A and B sides got a lot of field time that day.

“When the strongest combinations were out there, we were very dominant,” Sutcliffe said of his first outing. “I saw a team that is able to adapt quickly on the fly. It reinforced what I expected to see. Here at Stanford, the student population is among the best in the country, and I started to see the ability of players to learn quickly and play. I also saw that we like to move the ball to space, get the ball wide to where we have some capable players.”

In the backline, remain focused on Dani McDonald (pictured, right) and Olivia Bernadel-Huey. The pair highlighted Stanford’s back three last year, and spent time with the Women’s Premier League’s Berkeley All Blues in the fall. They will get more touches on the ball as they move into the centers. In the forwards, Julia Howell has moved into the back row where she can be more influential. All three players are game-changers who will be crucial during this unconventional season.

First up is the DI Pacific Mountain West. Stanford will play home-and-away games against Cal, Chico State and UC Davis, but will abstain from conference playoffs. The Cardinal will then look for some more fixtures between the regular season and DI Elite quarterfinals.

“They have very big goals for the season,” Sutcliffe said. “They want to establish themselves as a good team during the round robin period. This is not a competition taken lightly. We know we’re going to take everyone’s best shot, and we want to prepare, get better and evolve.

“I don’t have a good idea of what [our opponents] bring to the table, but the players have been filling me in on their tendencies,” Sutcliffe added. “I’m really interested in what Cal does with new coach [and former Eagle] Mari Wallace. She’ll bring fresh ideas and different approaches to the game.”

Stanford starts its conference season this weekend against Chico State at home, and the Pacific Mountain South will conclude league games on Feb. 27. The DI Elite quarterfinals begin April 22, so some creativity with the schedule is needed. The only other Pacific Mountain joining the DI Elite is the North’s Central Washington.

The entire Pacific Mountain Conference – North, West, South – will be in motion this weekend. Stay tuned.