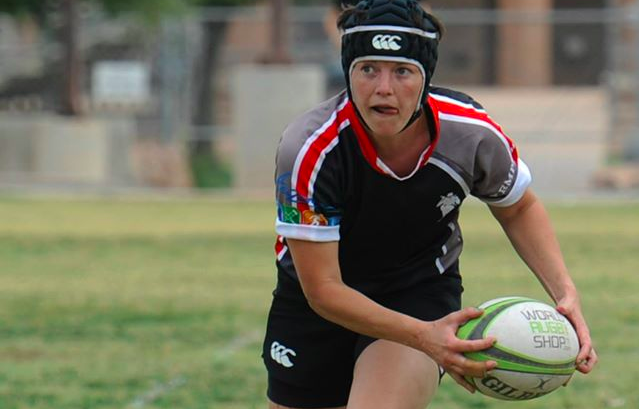 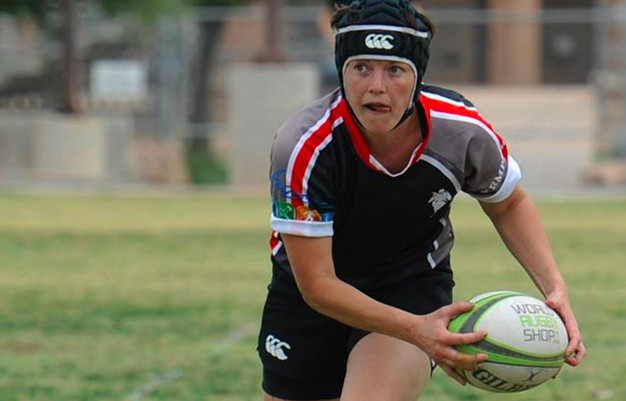 Tempe opened its DI Pacific South season with a 38-5 win over the Las Vegas Slots, and with the victory, the Arizona side has already bettered its record from 2015.

“I’m okay with that,” Pawlowski said of the present numbers. “We’re a little light on depth, but this group is committed. They want to play rugby and get things done.”

Yesterday was the first test, and Tempe played to its advantages. In addition to play a faster-styled game, Tempe managed territory well and kept Las Vegas pinned in its end.

“They’re a large, strong team; we’re small. Our strength is not powering through the forwards,” Pawlowski said. “We’re trying a new philosophy that’s more like the modern game, really trying to spread the field and keep the pace high to wear teams down. Our game plan is all about forwards mixing in with the backs, and in the end, our fitness prevailed.”

“Ashley plays the same game every game. She’s very deserving,” Pawlowski said of the second-season front row. “She’s an undersized prop and gets better with every game. She was a tackling machine, a scrummaging machine, and worked out well as our lineout thrower. Las Vegas even stopped competing for our lineouts.”

Tempe did receive a yellow card when some discipline waned, but it was a promising performance overall. That said, the squad is cautiously optimistic about this season.

“We did the same thing last year,” coach reminisced. “It was looking like a promising season based on pre-season, but we had a poor showing.

“We have Santa Monica next and anticipate a tougher game,” Pawlowski looked toward this weekend. “They play a similar style to what we’re doing now. They love to attack and keep the pace up. As long as our discipline stays, and we make our one-on-one tackles, I know we can win. If tackles slide up, then we’ll have problems. They’re a good off-loading team, have good ball skills, and are super competitive.”

Tempe will hunker down on its tackling completion and work rate, and keep building fitness. And although the team has learned not to over-value the league-opening win, there’s good energy emanating from the squad.

“They’re really enjoying it,” Pawlowski said. “The whole team is exceling in the new game plan, and it’s really working for them.”