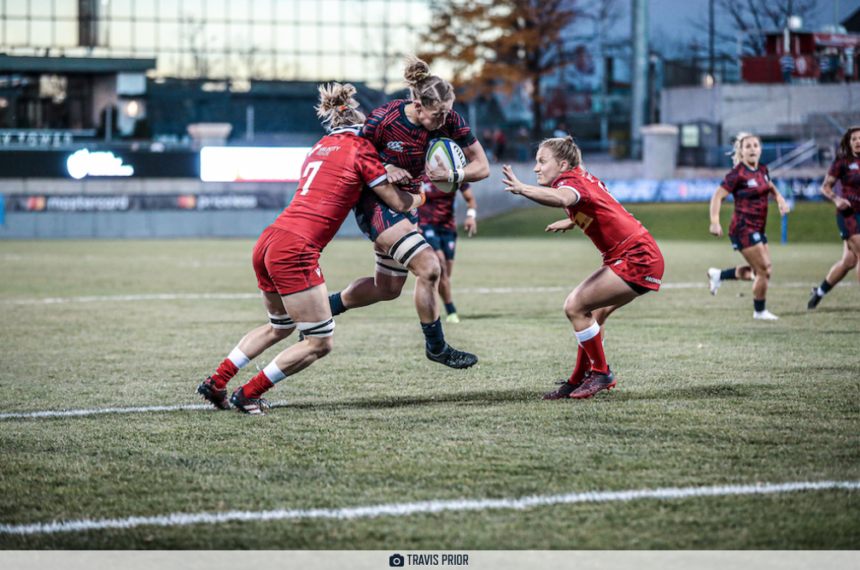 USA RUGBY – With just under a month until the Women’s Eagles kickoff in New Zealand for the Pacific Four Series 2022, Head Coach Rob Cain has named the traveling roster to compete in the regional tournament against Canada, Australia and hosts New Zealand. 28 players will assemble in New Zealand six days ahead of their June 5 kick off against Canada. World Rugby will be confirming live stream details in the coming weeks.

This is the second series of Pacific Four play for the United States, having hosted the first edition in Glendale, CO this past November. Playing a two-game set against northern rival Canada, the Women’s Eagles dropped both fixtures in close contests before heading off on the Autumn tour in the UK and Ireland. With a season of club play and two exhibition wins for the player pool over Wales and the WPL Selects, this roster of Rugby World Cup hopefuls will touch down in New Zealand with considerable momentum.

“Some very tough decisions these past few weeks. As hard as those are, this group has some great depth and the potential combinations are really pleasing. It’s exciting to see this first selection come together and the talent within the players named for this tour, since we named the Rugby World Cup player pool. With so many players throughout the pool highlighting their points of difference and showcasing their hard work away from us, we are very much looking forward to this next opportunity together.

“We spoke as a group how quickly the Rugby World Cup will be upon us and the excitement that each fixture brings on that road. New Zealand, Canada and Australia are not only excellent teams but they all possess individual qualities that we are looking forward to measuring ourselves against. This is an opportunity to raise the bar with our own performances off the back of two great showings in March.

“We look forward to representing the wonderful USA Rugby community as well as making some new fans on the road. Thank you to everyone for their continued support of this group.”

Fixtures for the June series offer some exciting matchups with the USA playing Australia for the first time since the 2014 Rugby World Cup. The USA won that contest with Hope Rogers and Meya Bizer being two members on the current roster to have played in that game. Canada, who gave the Women’s Eagles their most recent victory during the 2019 Super Series is an ever-growing rivalry matchup for North American rugby fans, and lastly the New Zealand Black Ferns always present a motivating challenge.

The Pacific Four Series will take place over three match days on June 5, 11 and 17 (US time zones) across two of the venues set to host Rugby World Cup games – The Trusts Arena, Waitakere and Semenoff Stadium, Whangarei. The annual tournament is a cross-regional qualification route for the top tier of WXV in 2023. Pacific Four will also serve as crucial preparation for Rugby World Cup 2021, which kicks off October 8, 2022, in Auckland, New Zealand.


Nationals-Bound Knoxville: The Hay’s in the Barn